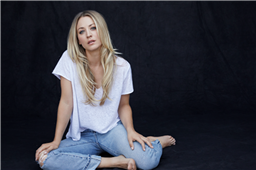 Under the rich new three-year pact, Cuoco and her Yes, Norman Productions executive Suzanne McCormack will continue to develop new original programming for all platforms: streaming services (including WarnerMedia’s HBO Max), cable, and the broadcast networks.

Cuoco, who first starred in a 2006 comedy pilot for WBTV before being cast in the studio’s mega hit CBS sitcom The Big Bang Theory a year later, launched Yes, Norman Prods. in 2017 with a pod deal at WBTV while still starring on Big Bang. Her first act as a producer was to option a then-yet-to-be-published novel, The Flight Attendant, whose synapsis inspired her move behind the camera.

By the time Cuoco renewed her deal with the studio in July 2019, Yes, Norman, named after her beloved dog, had two series orders. The Flight Attendant had just been greenlighted by HBO Max, and Cuoco had been tapped as an executive producer and lead voice of the DC Universe animated series Harley Quinn.

Two years later, both are massive hits, heading into Season 2 and Season 3 on HBO Max, respectively. And Yes, Norman has other high-profile projects in the works.

Cuoco and Yes, Norman recently re-teamed with The Flight Attendant collaborator Berlanti Productions and WBTV to acquire the rights to Doris Day: Her Own Story, the legendary singer’s official biography/autobiography, by A.E. Hotchner. The project is currently in development, with Cuoco slated to star.

Yes, Norman also recently secured the rights to the book A Season with Mom, by author Katie Russell Newland, about cancer survivor and baseball enthusiast Katie Russell, who embarks on the adventure of a lifetime: visiting all thirty Major League Baseball parks in one season.

As Yes, Norman’s slate grows, Suzanne McCormack, who has been leading development since joining the company in 2018 as SVP, has been promoted to EVP. Under the new deal with WBTVG, she and Cuoco will also be adding another development executive to the team.

“Warner Bros. has been my home away from home for as long as I can remember which makes this partnership so special on every level,” Cuoco said. “I look forward to much continued success with my extended family!!!!!”

The Flight Attendant, which debuted on Thanksgiving 2020 after being delayed by the pandemic, delivered the strongest launch for an original series on HBO Max. The comedic thriller, which started off as a limited series, saw week-over-week growth and ranked as HBO Max’s #1 series overall during its eight-episode run. For her work on the show, Cuoco received multiple nominations from the SAG Awards, Critics Choice Awards and the Golden Globe. She was also nominated for a PGA Award.