Katie Price has revealed that she will be taking a surprise break from Loose Women.

The former glamour girl admitted she was taking a month away from the limelight to work on her marriage to Kieran Hayler. 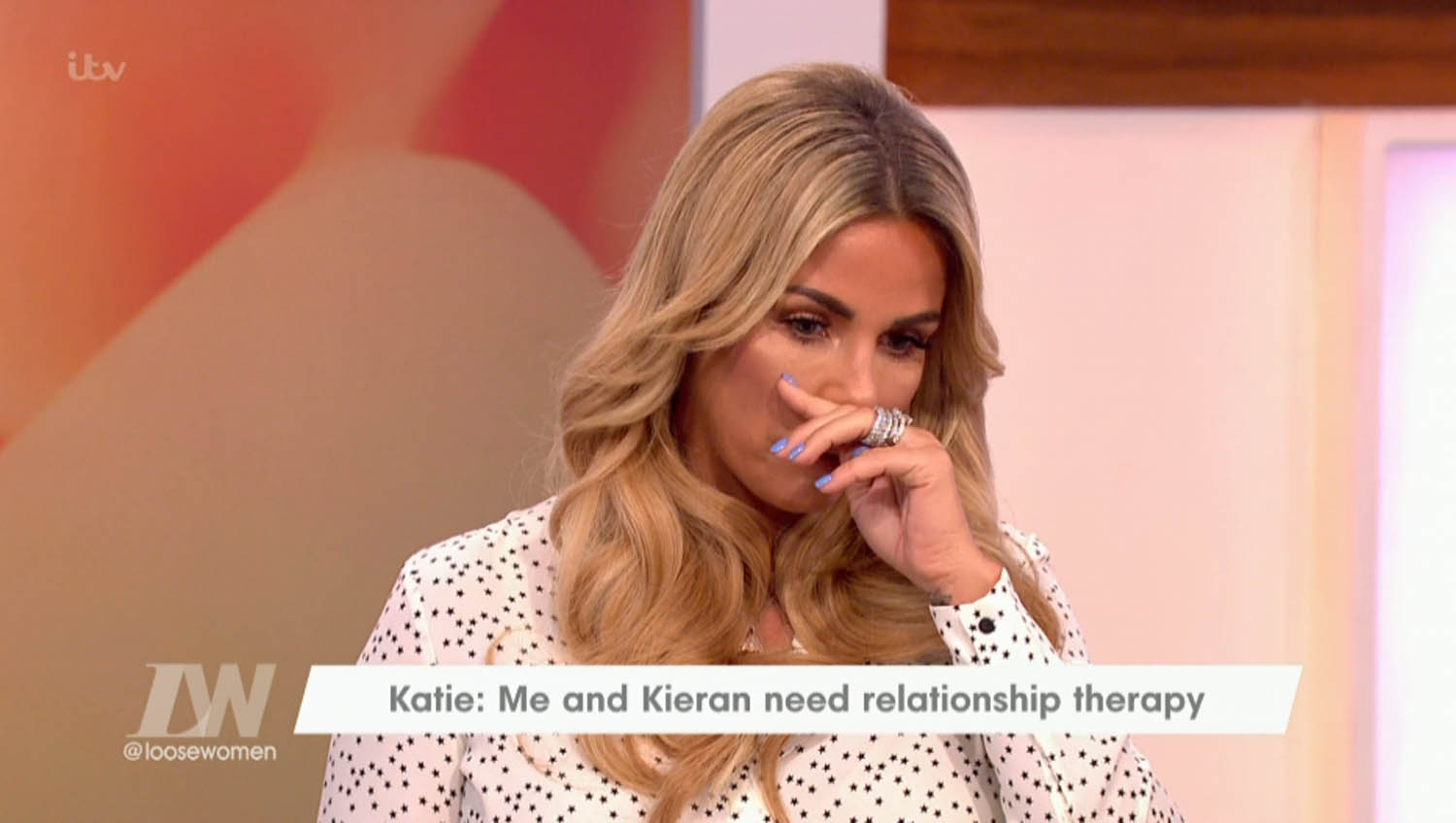 The mother-of-five has been making headlines in recent weeks during the nationwide tour for her latest autobiography and Katie admitted reliving her past had led to a lot of renewed heartache for the couple.

Katie revealed to viewers: "It has been two and a half years and there’s lots of things in the book that are very traumatic for me and Kieran. Obviously we had therapy at the time and I thought we were over it and had moved on.

"I thought I had dealt with it but you have to remember that when it all happened, I had just had babies and couldn't take in everything. 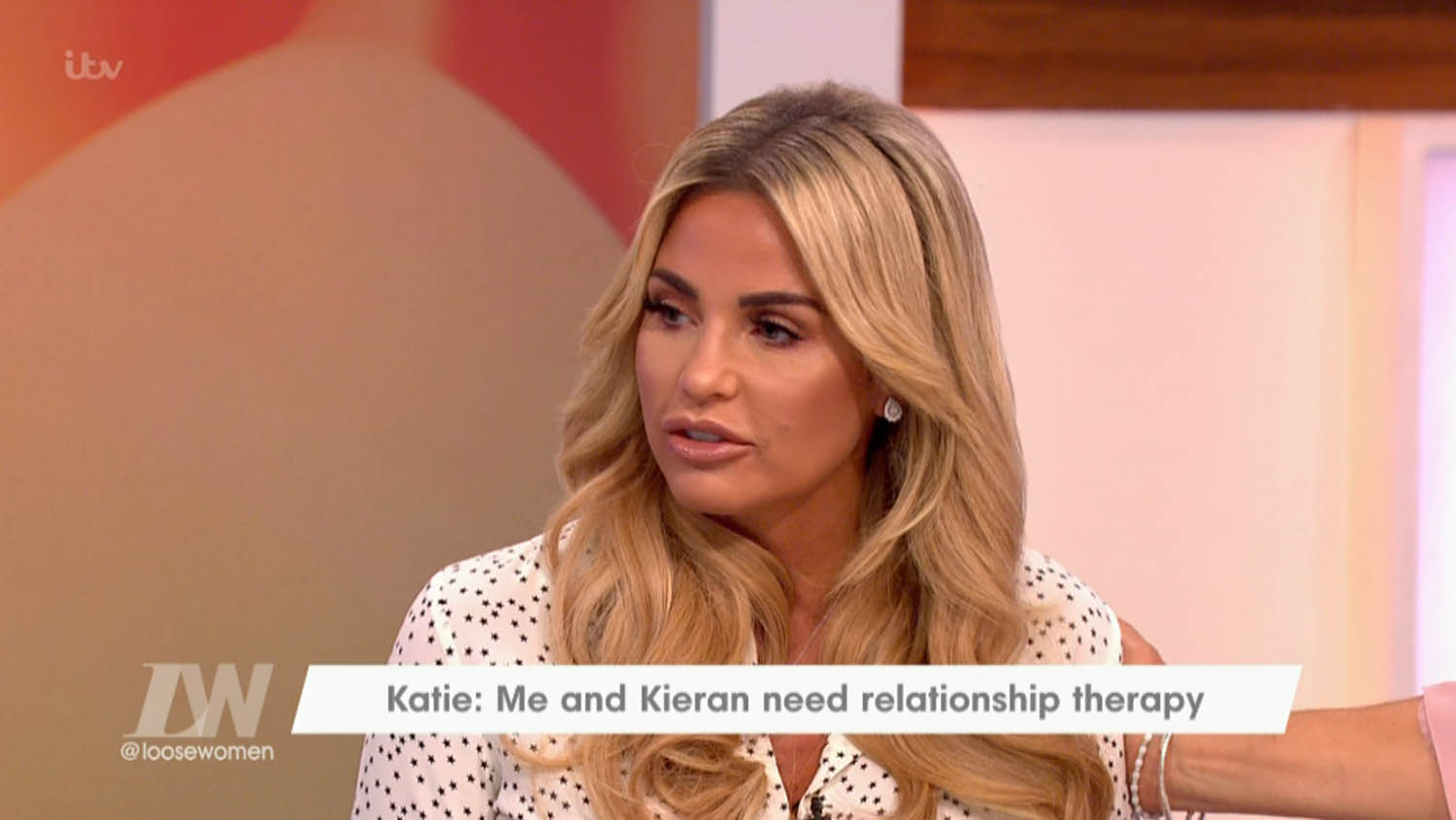 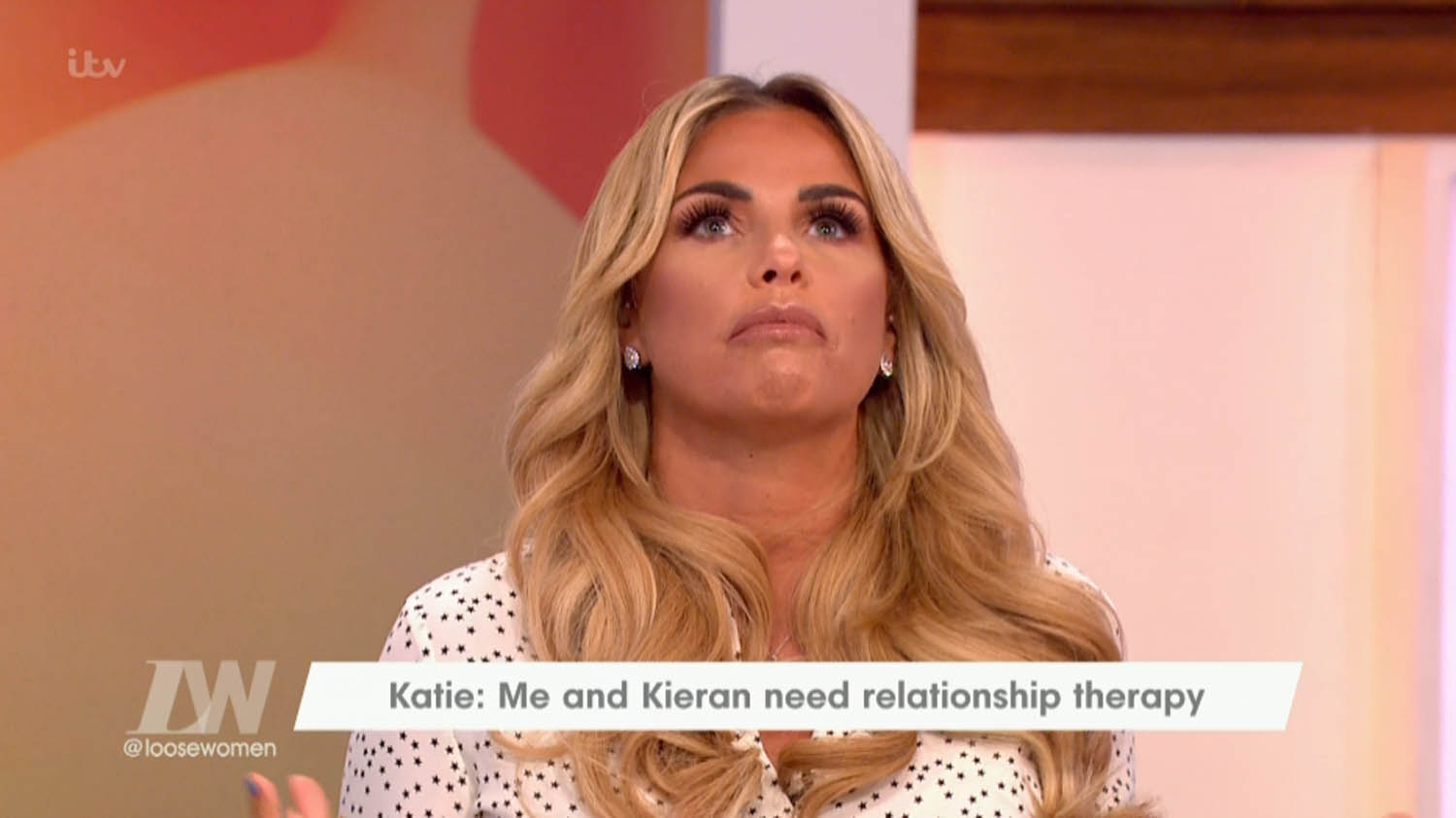 She added: "But I have had to reopen wounds I didn’t realise I had while doing my book tour. Having to talk about it all and open it all up again has been so hard."

Katie's book, Reborn, covers the topic of the heartbreaking moment she caught husband Kieran cheating on her with her former best friend, Jane Pountney.

Katie continued: "This has been so difficult. I haven't got any tears to cry. My heart is shattered, it's broken. When I'm hurt I tend to deal with things in a jokey, banter way." 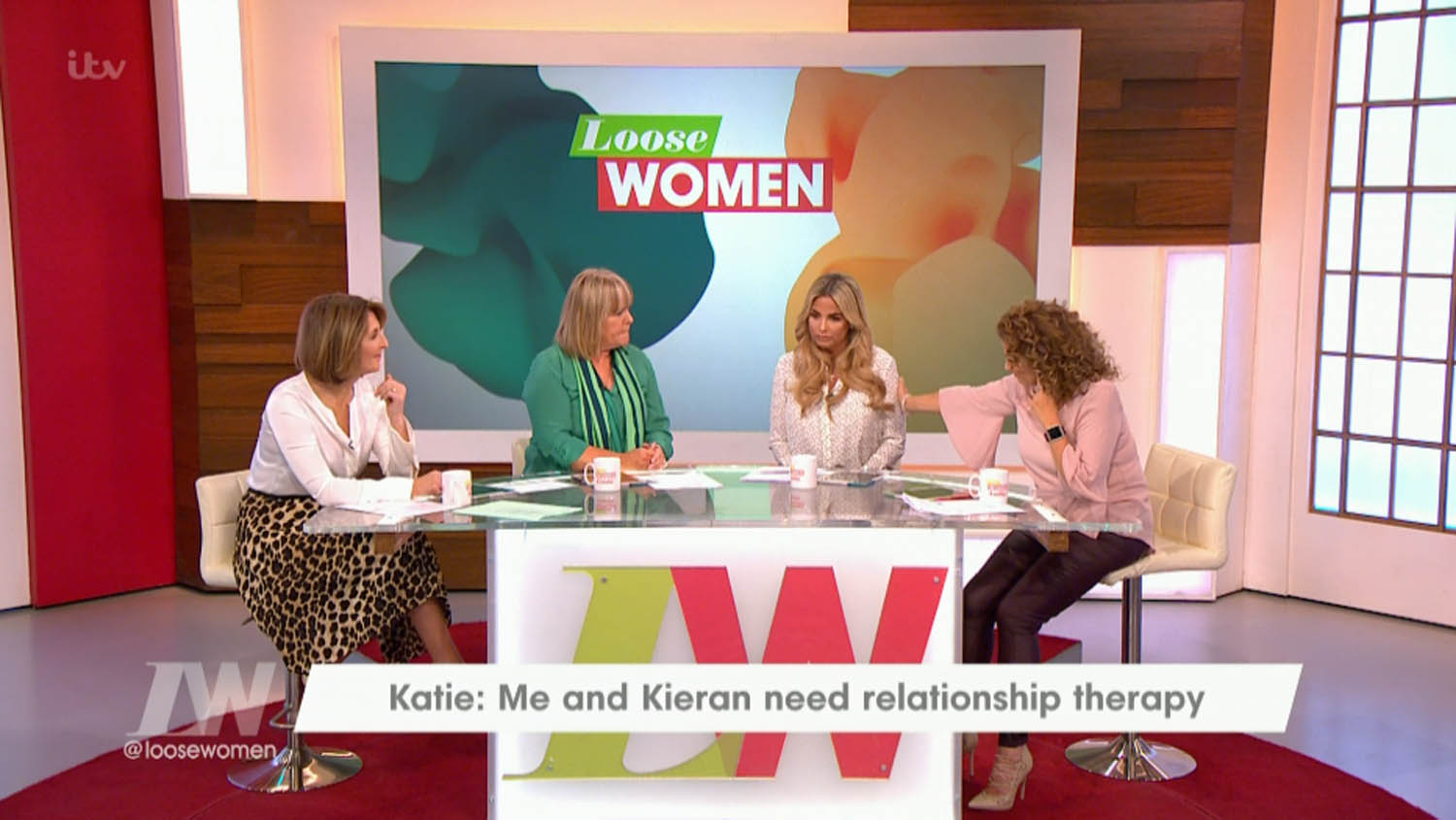 "We've come two and a half years and Kieran is having to re-live it as well. He hates that he hurt me, but the book made him realise just how much he hurt me.We are going to see a therapist to reassure us we're fine." 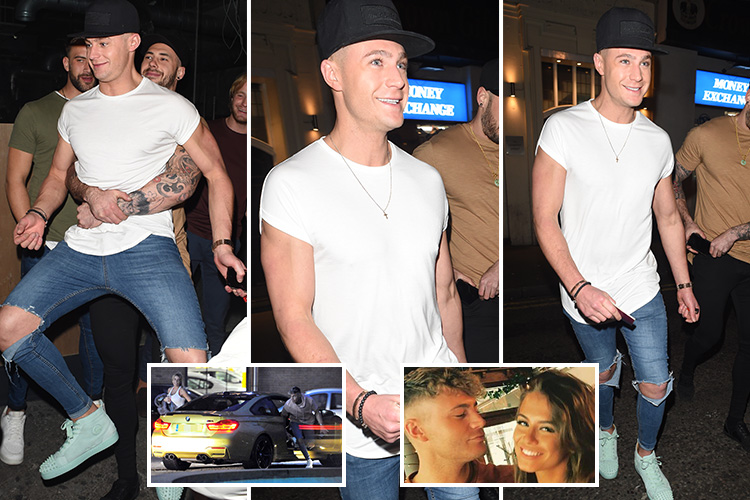 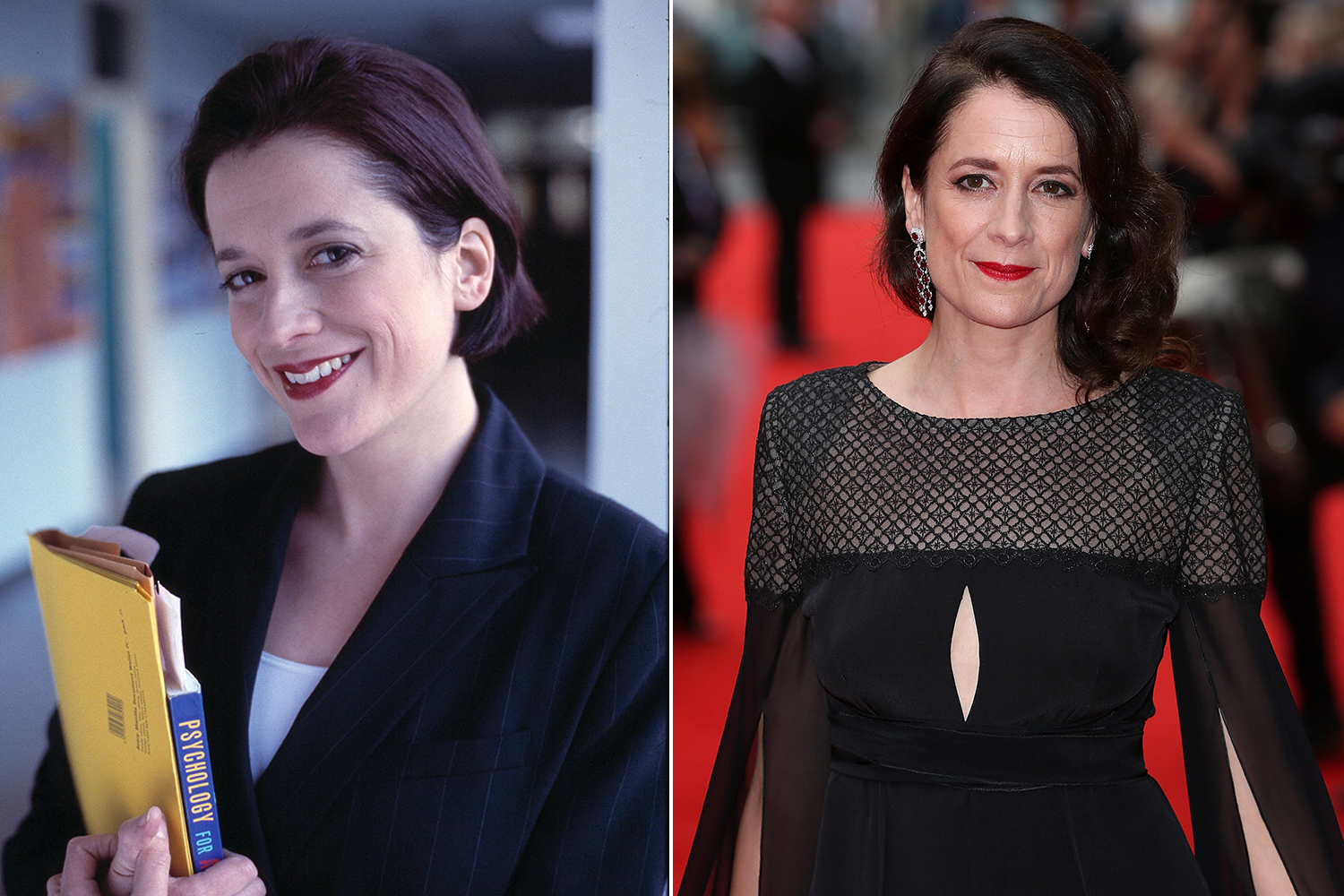 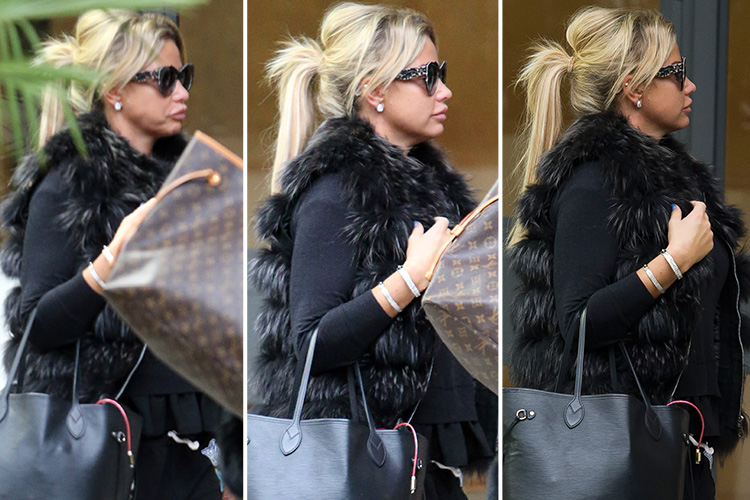 Down in the mouth 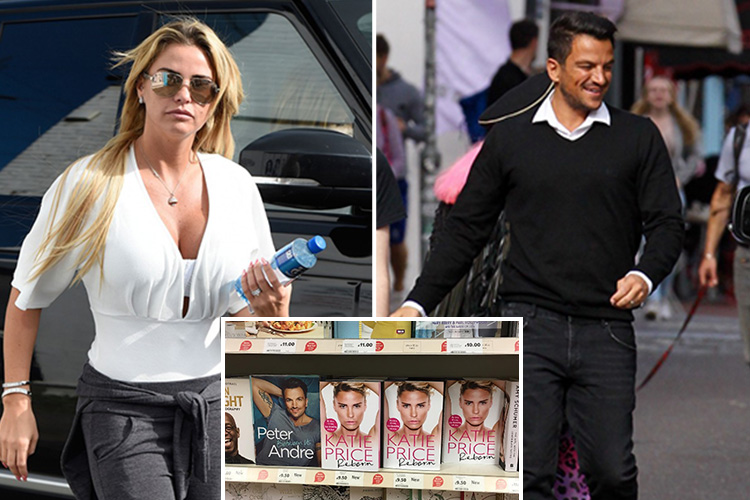 As she was comforted by her fellow Loose Women, Katie admitted: "It's a relief to me to admit I'm not as strong as people think. Enough is enough. I have to let my barriers down.

"I'm going away with Kieran on a belated honeymoon and to spend time with the kids. I want to help Kieran through this as well. It's been tough on us both." 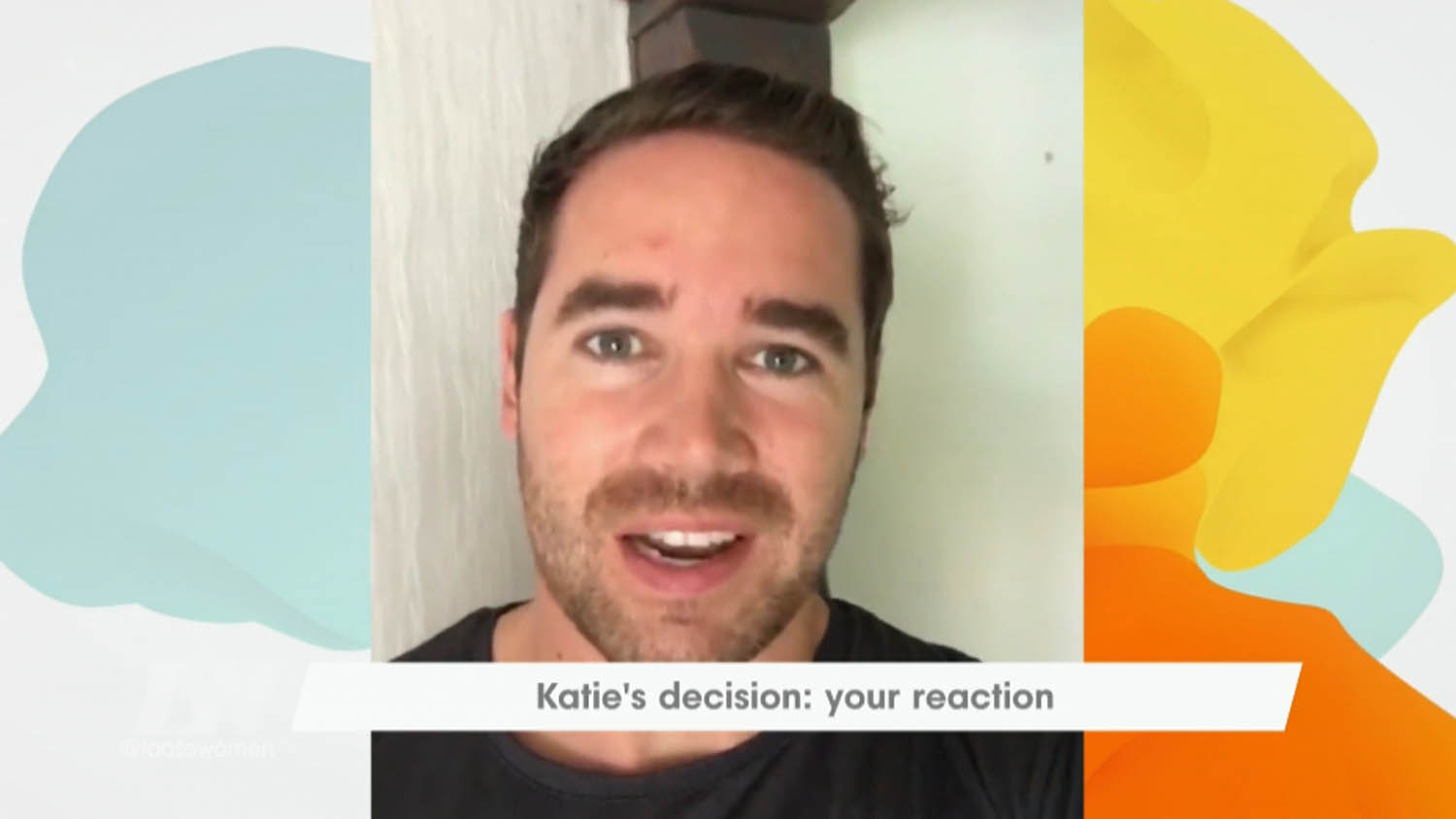 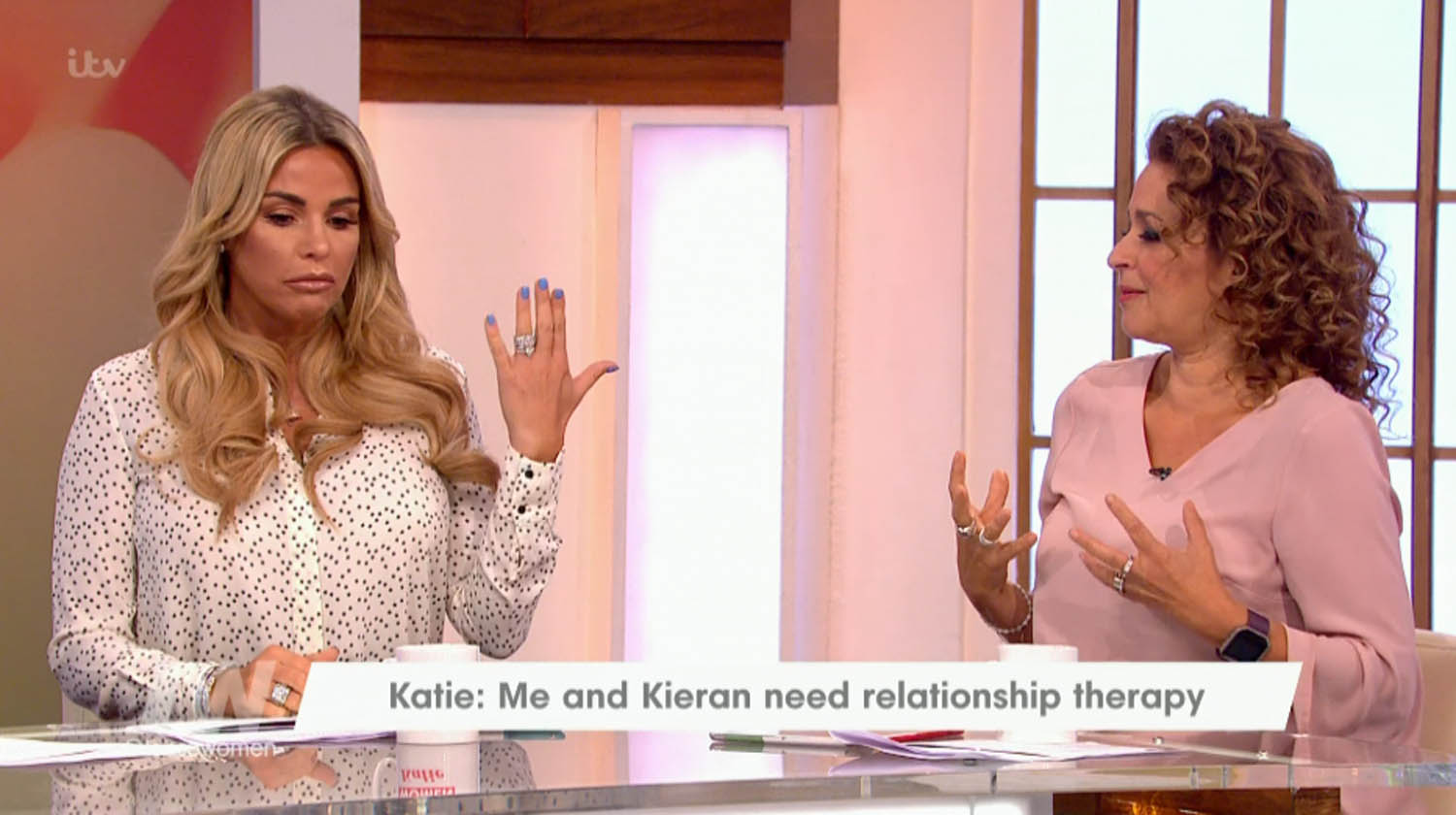 During the show's transmission, Kieran sent a sweet clip to his wife expressing his love for her.

He said: "I love you and I’m so proud of you and I’m going to support you through everything."

But Katie couldn't resist replying, "You're the one who did the damage!", before she went on to accidentally address him by ex-husband Peter Andre's name.

When talking about whether she could ever truly forgive Kieran for the pain he had caused, Katie adamantly declared: 'I'll never forgive him. Never forget… But I want to clarify me and Kieran – oops I almost said Pete then – are absolutely fine. It's just been hard emotionally for both of us." 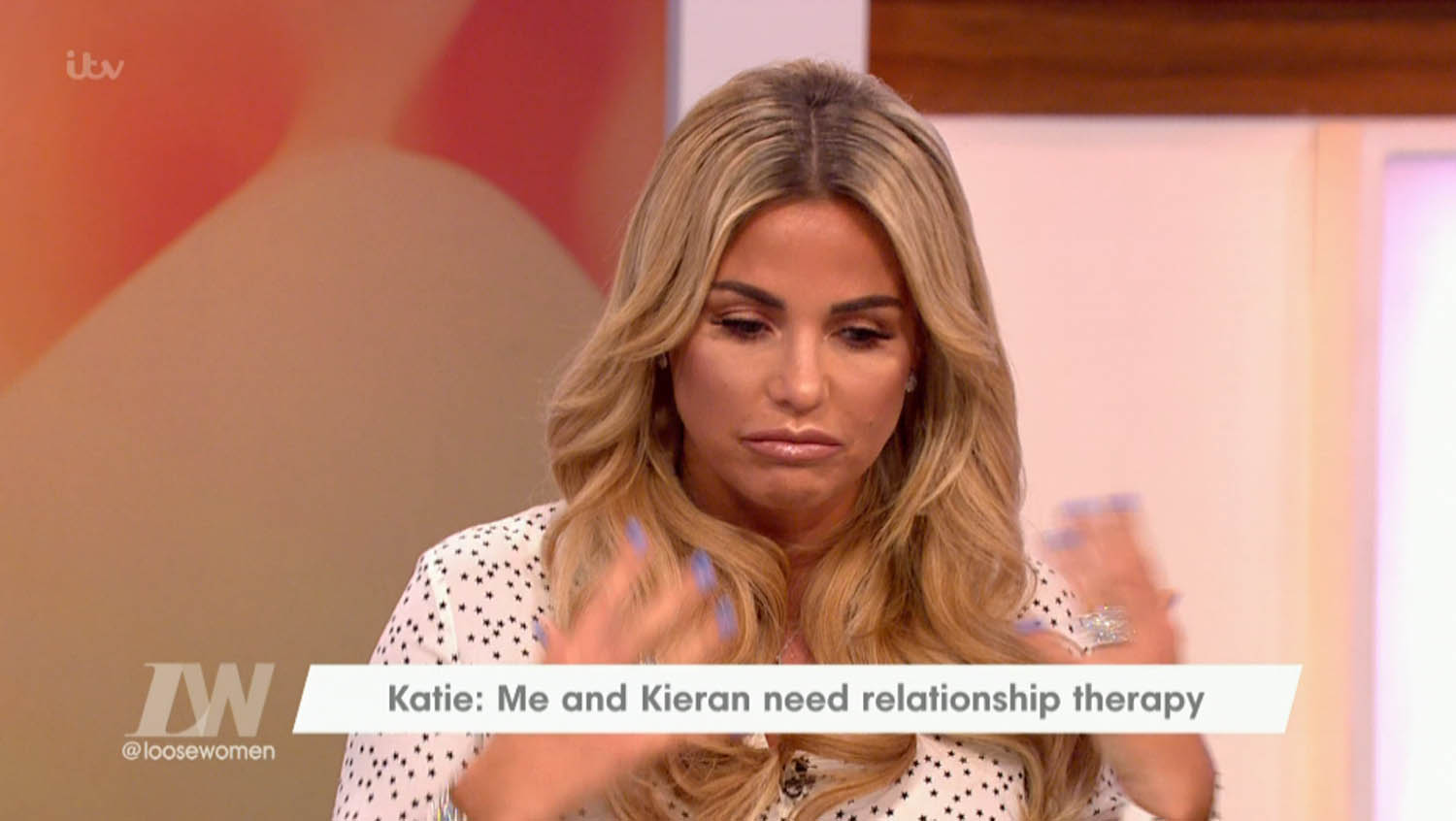 Katie recently caused a stir after she was pictured at a hotel with Geordie Shore star Scotty T and the former Celebrity Big Brother winner was adamant that nothing had gone on between the pair.

She explained: "This has dragged on. Scotty took me and Fran to a sunbed. And afterwards he asked if he could come and change in my room because he had a event to get to in Blackpool.

"While he was in there I was just getting my hair done and that's it. We're just friends."