LEWIS Capaldi watched as a pal was wrestled to the floor by security after a boozy night at the Q Awards.

Lewis won the Best Track gong at the Q Awards for No1 hit Someone You Loved, and was spotted out celebrating into the early hours after the music bash. 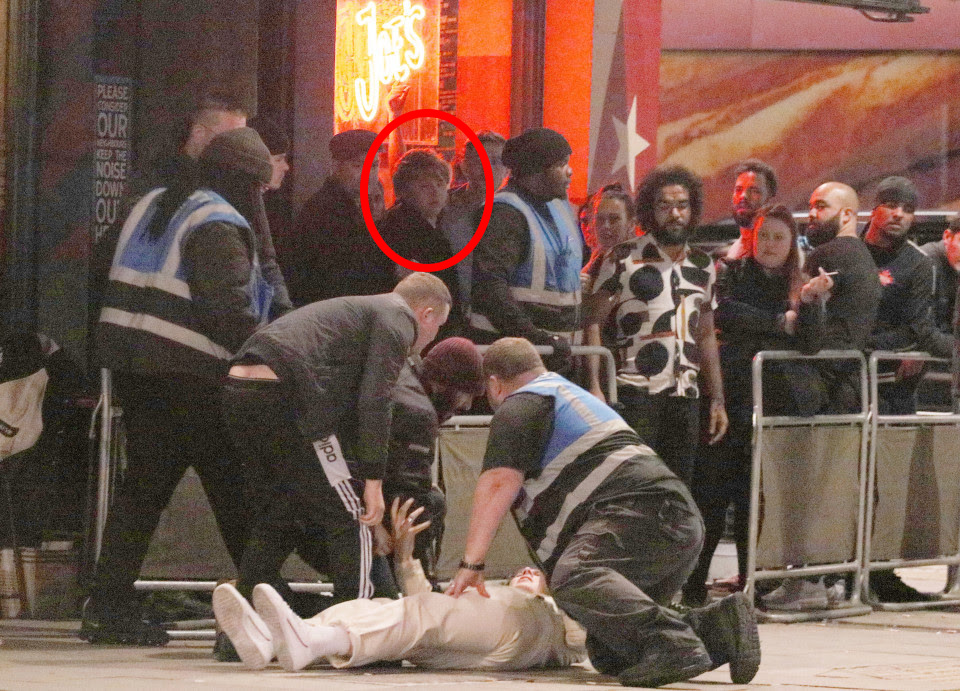 The Scot carried on the party at nearby venue Joes in Camden and spent the rest of the night at the bar before he leaving at around 2am.

Lewis, 23, appeared in high spirits as he jostled with friends and accepted a hug off a mystery woman, who flung her arms around him.

But things turned sour when a scuffle broke out with bouncers and one of his mates had to be pinned to the floor.

Images showed the group had been chatting in the smoking area when two burly men, wearing hi-vis jackets, overpowered a fashionable reveller and wrestled him to the ground. 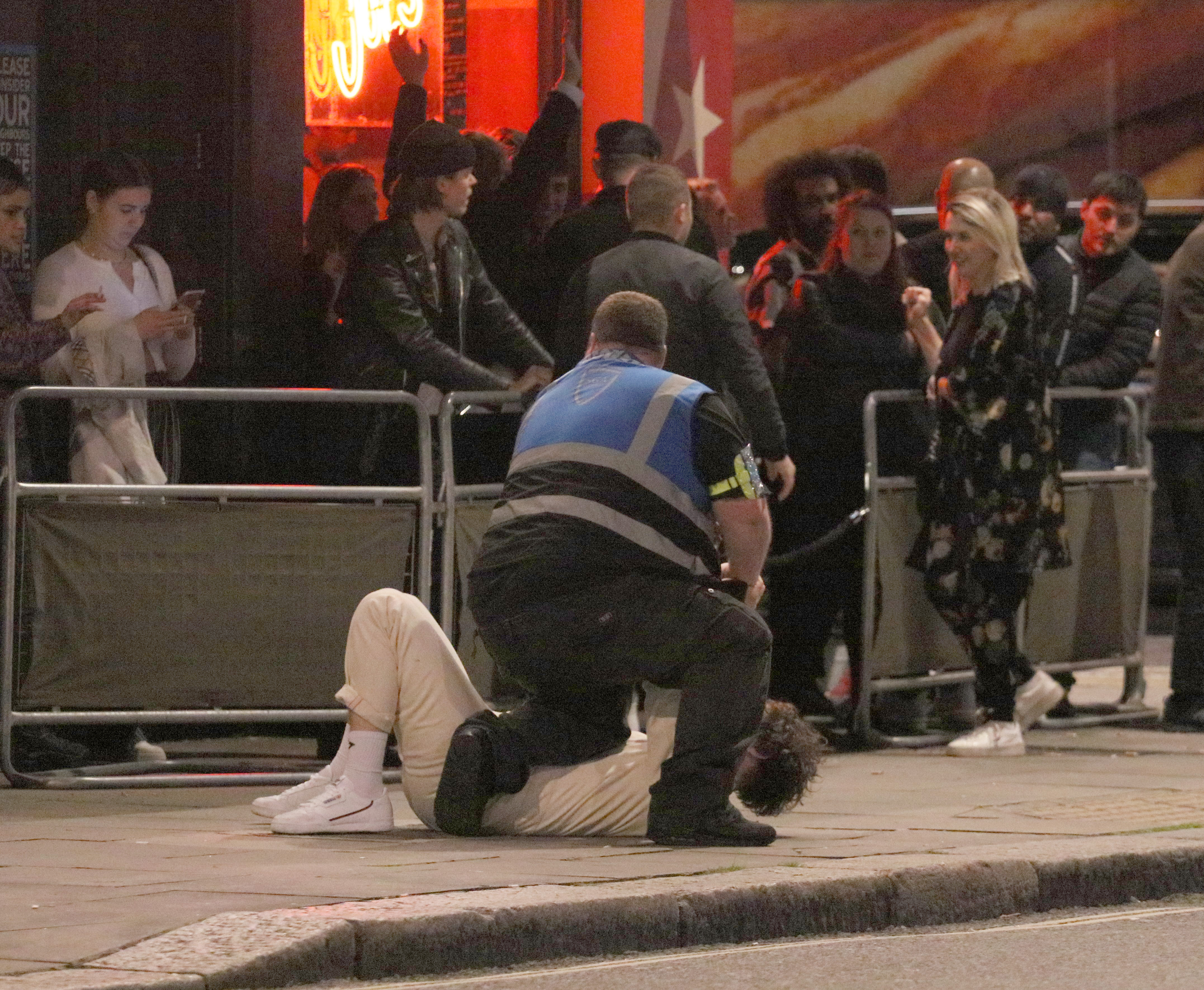 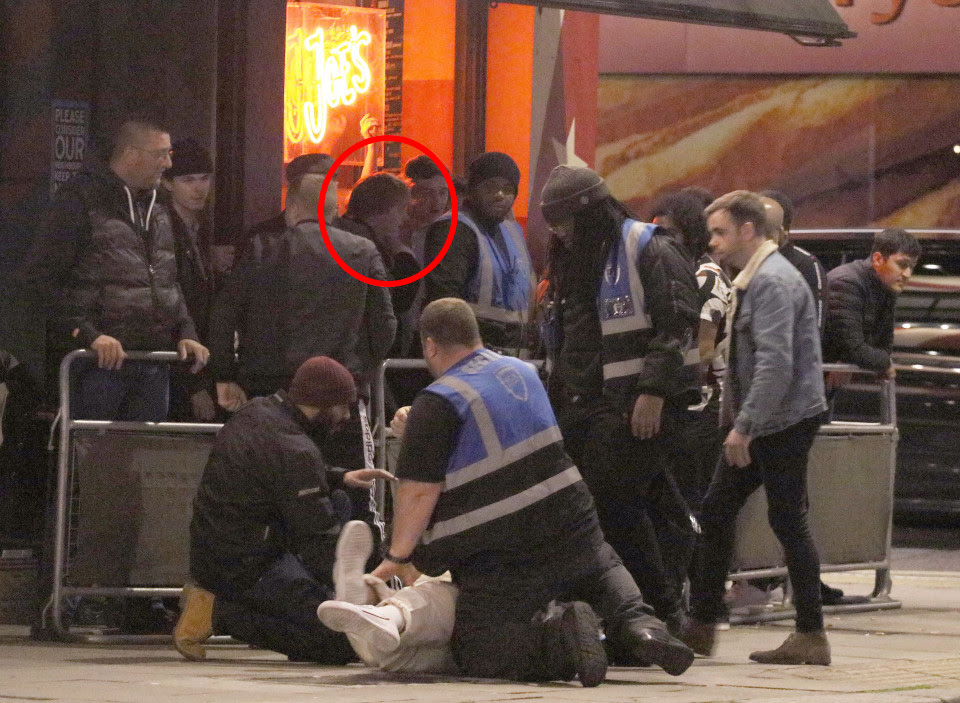 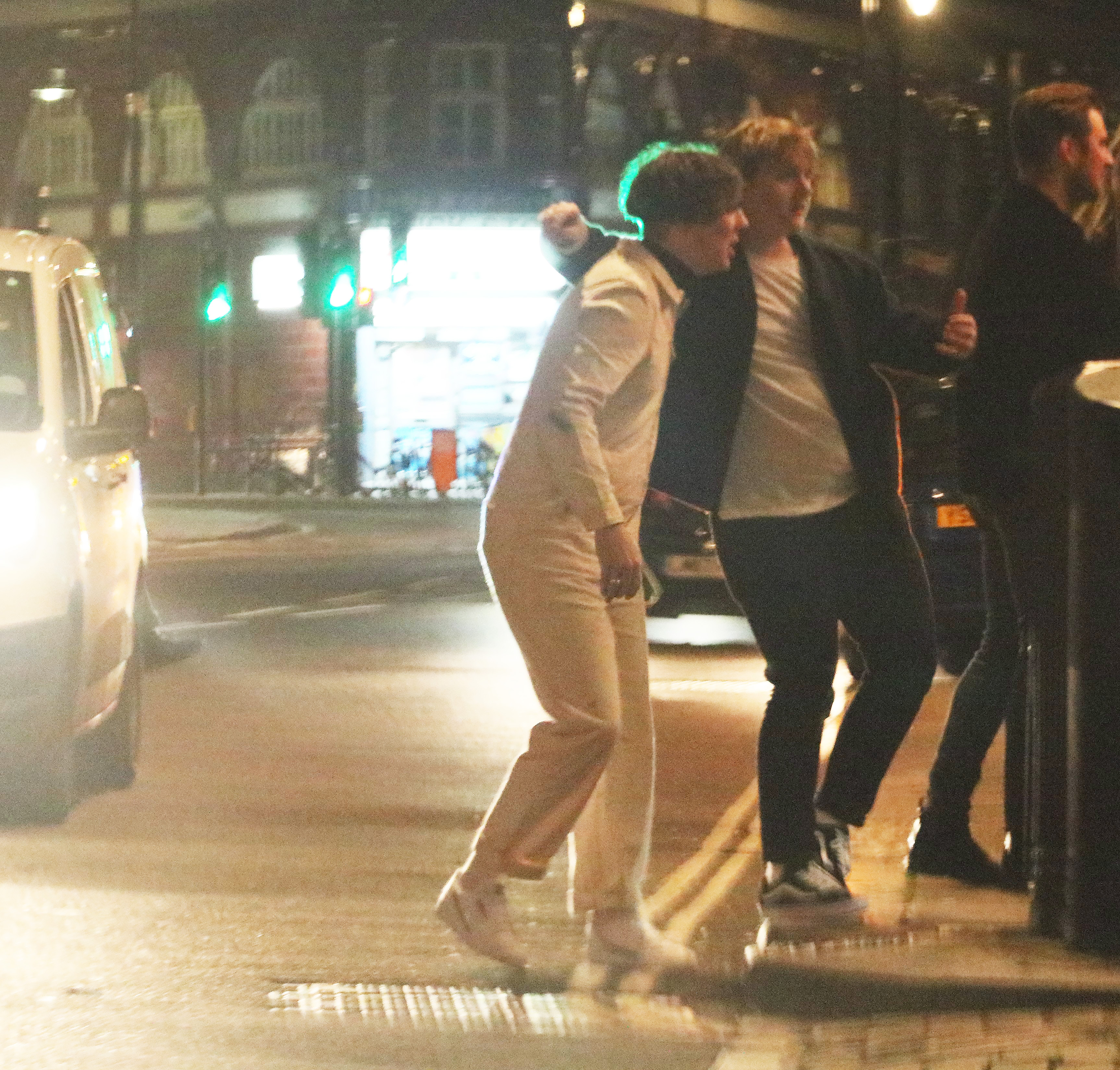 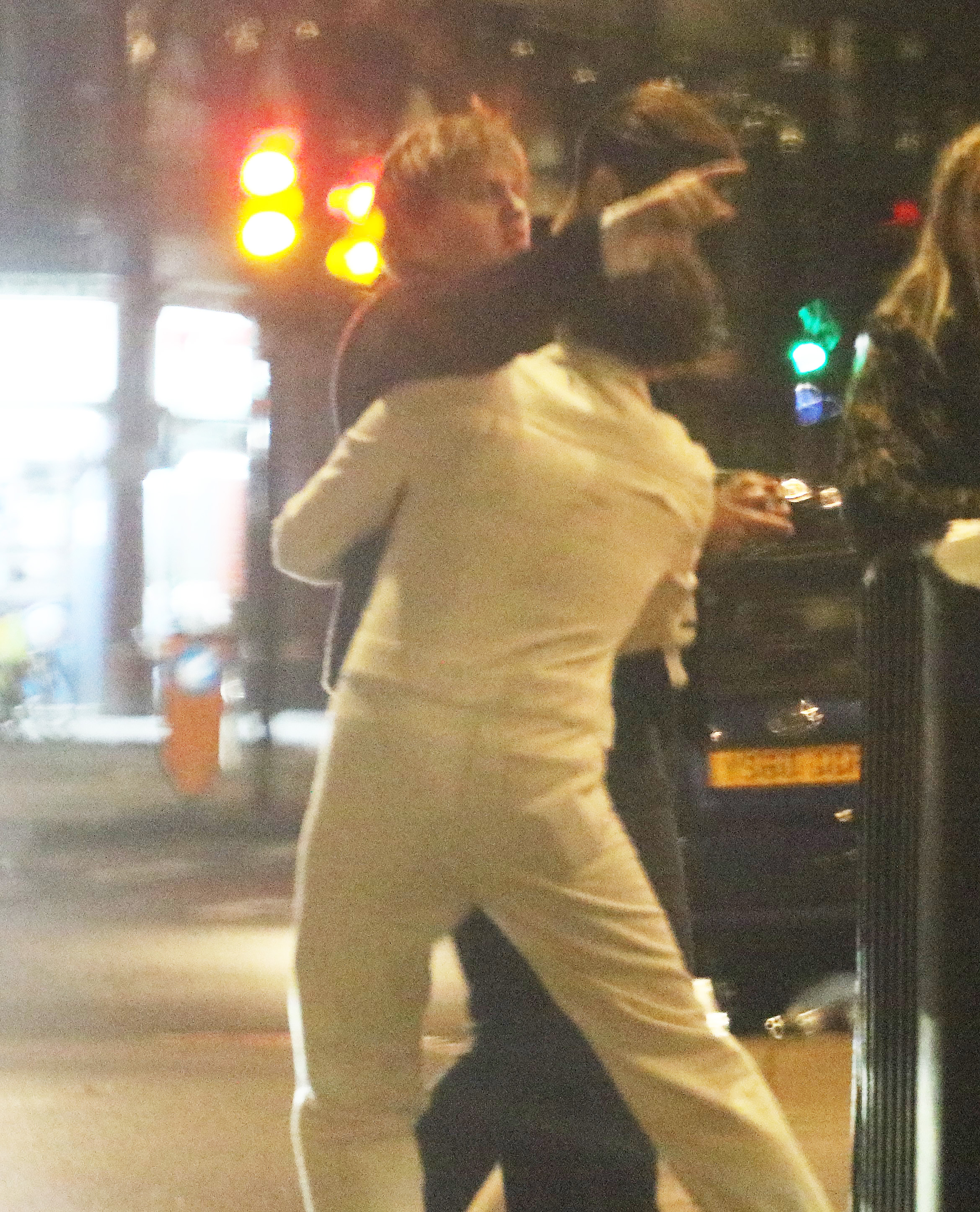 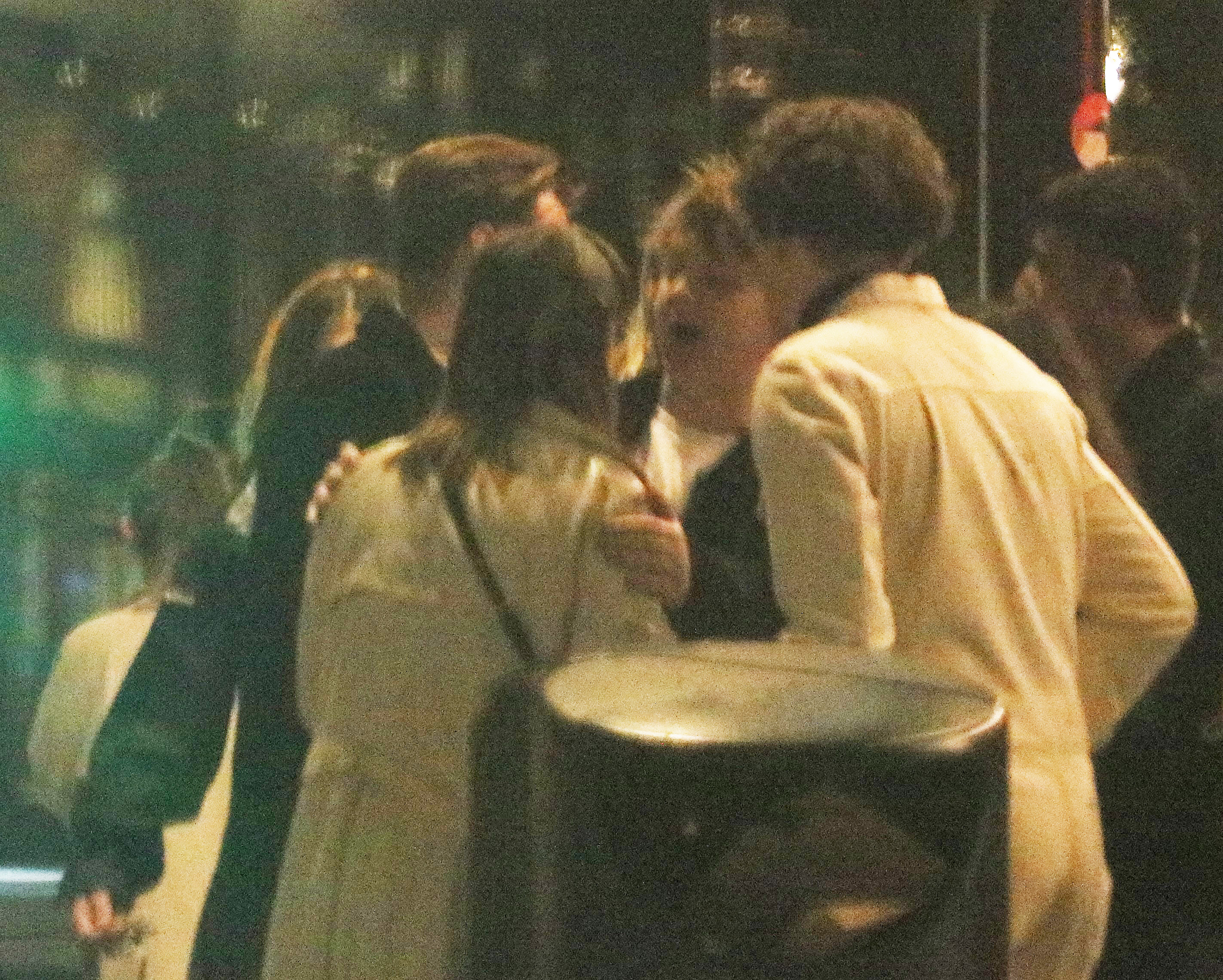 They held down the man, who wore a black polo neck, white jacket and white trousers, as he protested and threw his arms in the air.

A third man, who wore black tracksuit bottoms and a jacket, appeared to try to calm him down.

Meanwhile, guests in the smoking area, including chart-topping Lewis, strained their necks to get a closer look.

Eventually, bar staff allowed the man to stand up and he rushed back to Lewis, who began gesticulating at the crowd.

At one point, he had to be held back as he pointed and yelled at someone out of shot. 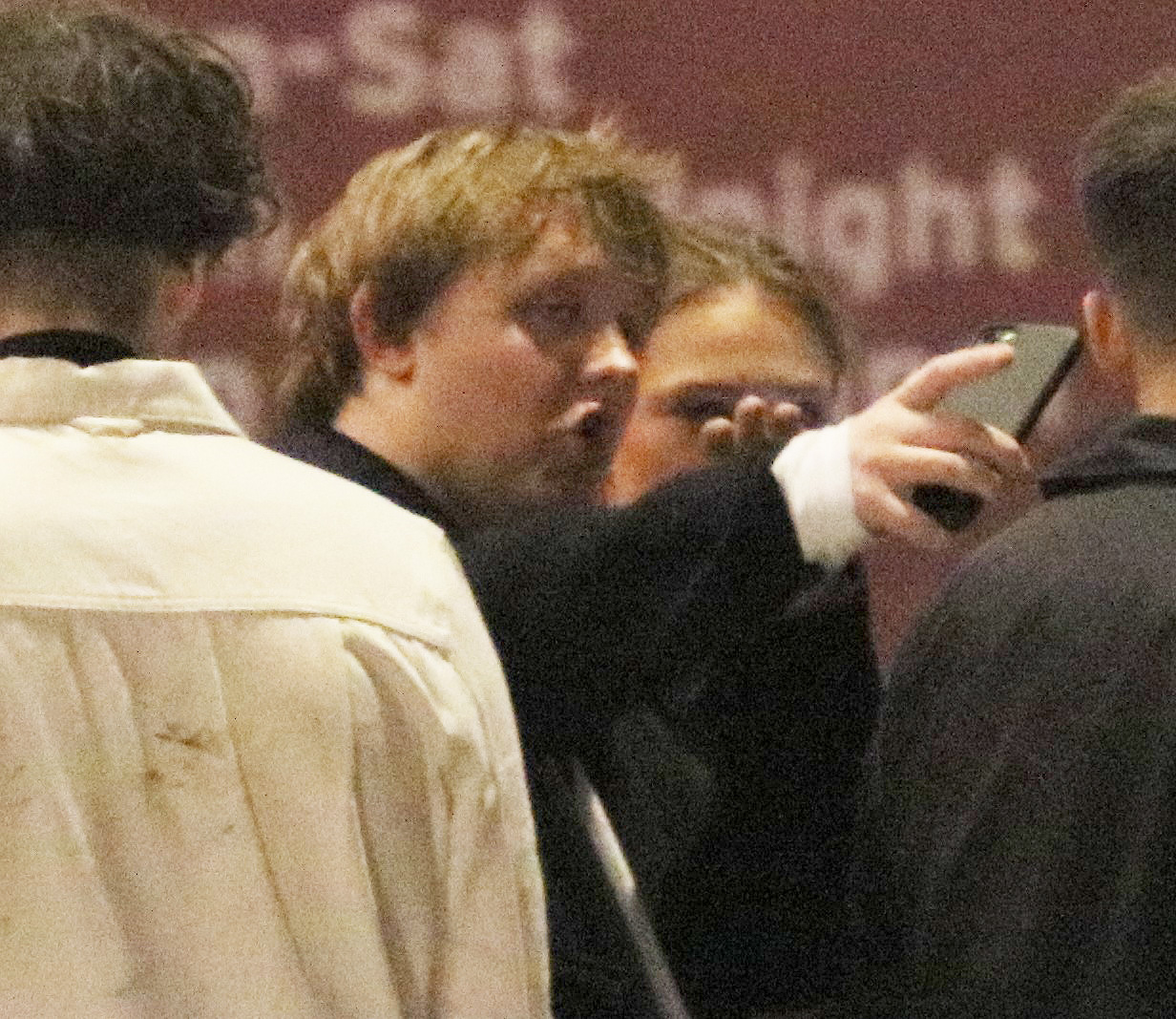 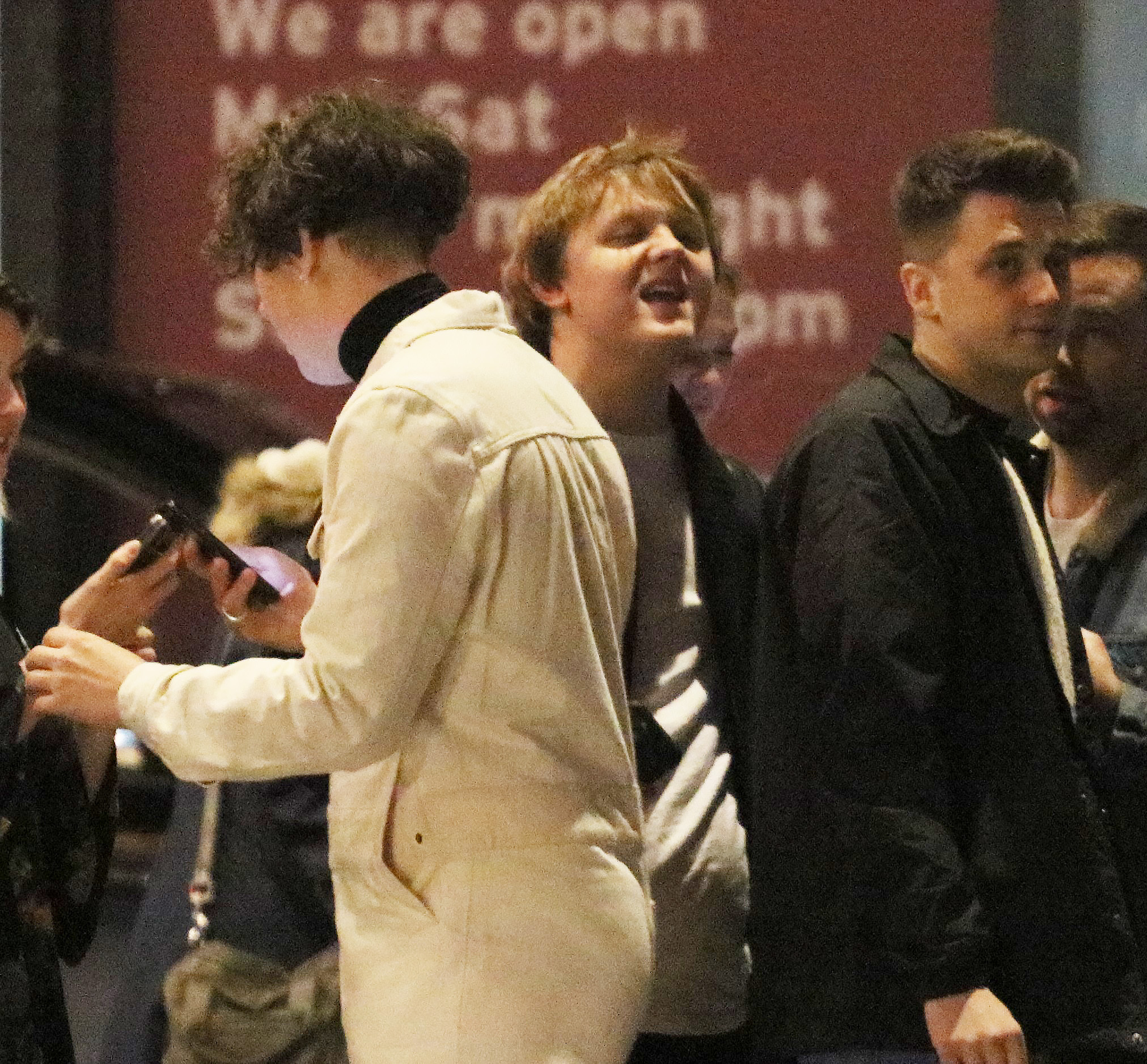 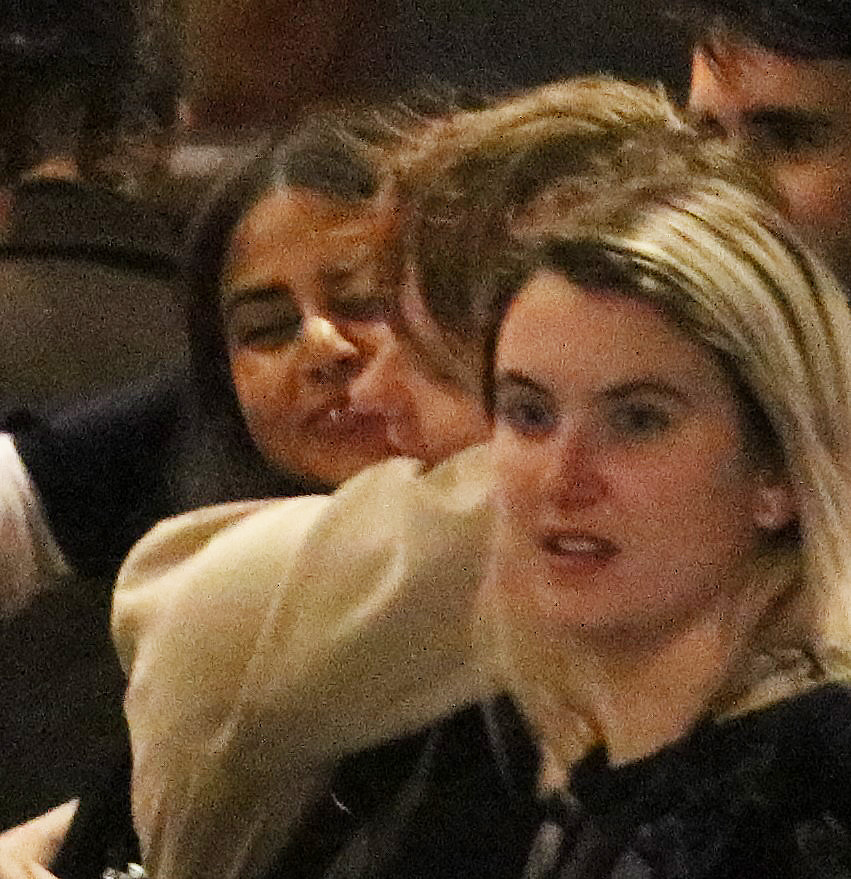 Despite the commotion, lairy Lewis and his mates appeared to have a good time and no one was hurt.

It even looked like he'd pulled as one enthusiastic woman hugged him and wrapped her arms around his head.

All in all it turned out to be a great day for Lewis, who has been the biggest name in music of 2019.

He revealed he has already secretly recorded a song with Niall Horan which he hopes will be on the ex-One ­Direction singer’s upcoming album. 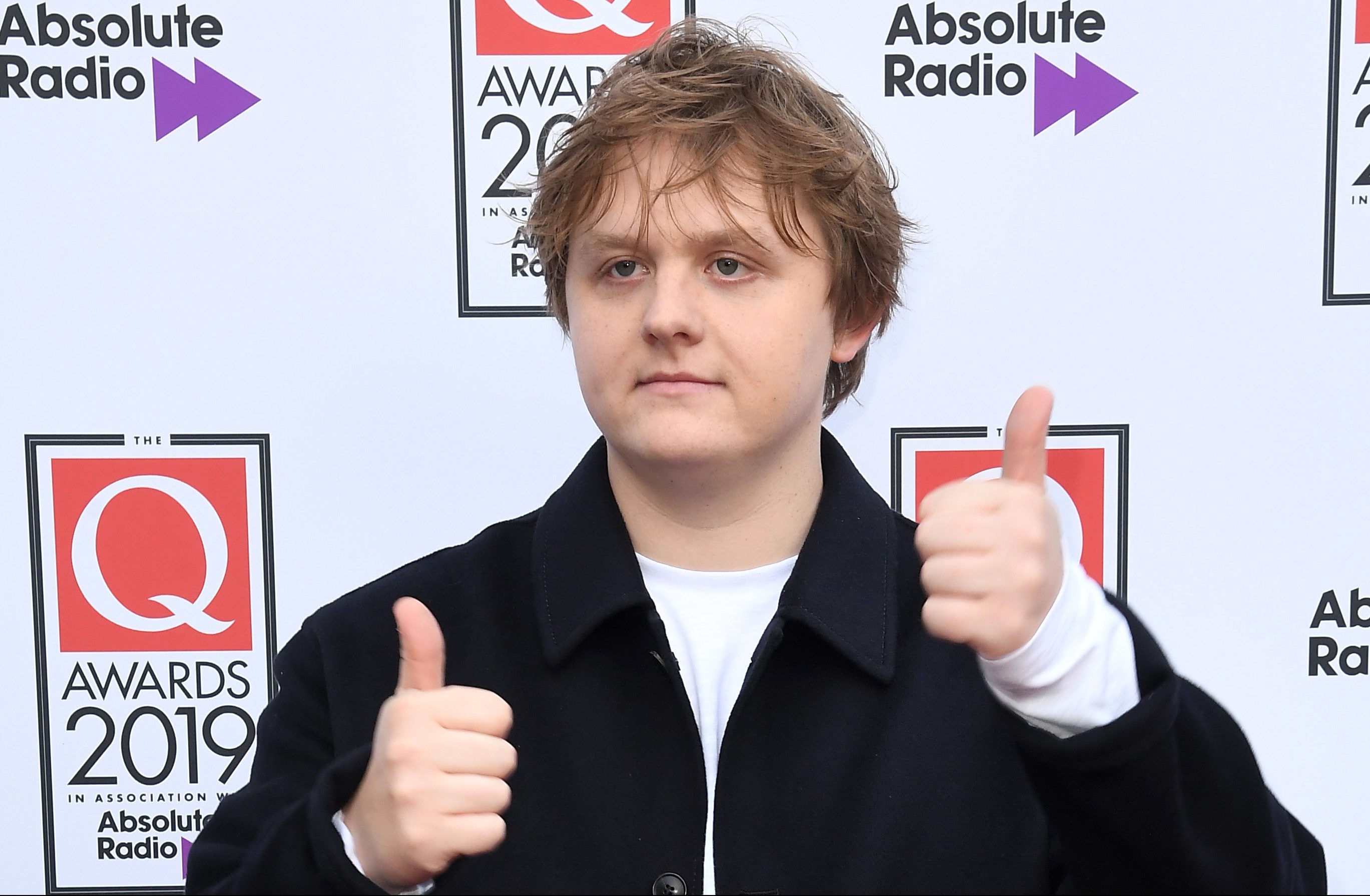 He said: “We did do a song together. I love it.

“It’s very good. But I would say that because I want him to release it because I like the money.

“We were in London with the same guys I wrote Someone You Loved with, because they also wrote one of the songs on Niall’s first record and stuff with One Direction.”

Speaking on US radio, he added: “It’s a good song. I don’t know if it will come out, I hope it will. I really, really need the money.” 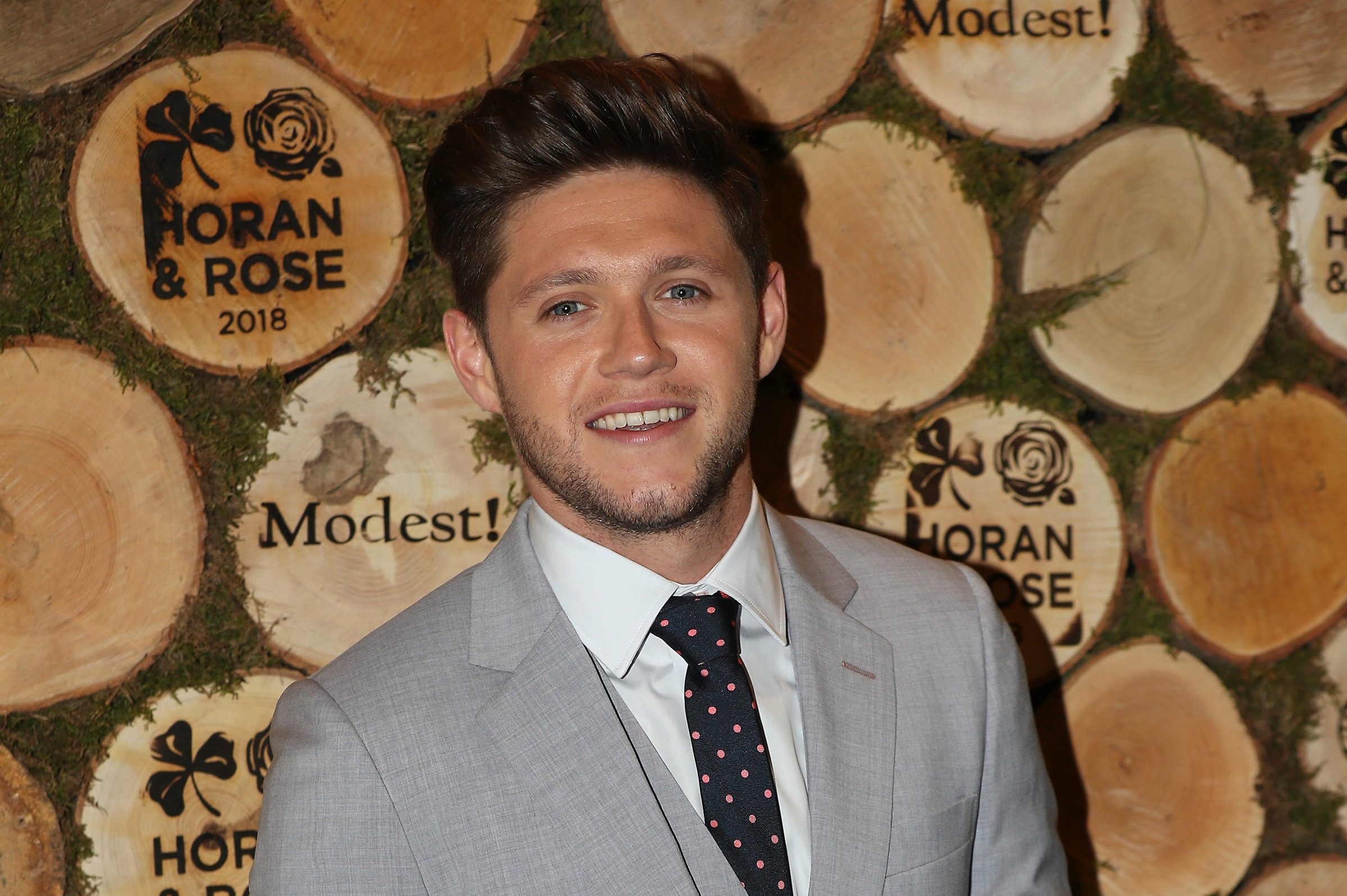