Love Island fans are so pissed about Tuesday's cliffhanger

Tuesday night’s (June 12) episode of Love Island had fans screaming at their TVs for a full hour, but when it ended viewers were left feeling a little short-changed.

The episode ended on an edge-of-your seat cliffhanger, with fans forced to wait 24 hours to find out who the girls had picked in the recoupling.

It was a frustrating end to a rollercoaster episode that had began with the shocking news that Niall Aslam quit the show citing “personal reasons”. 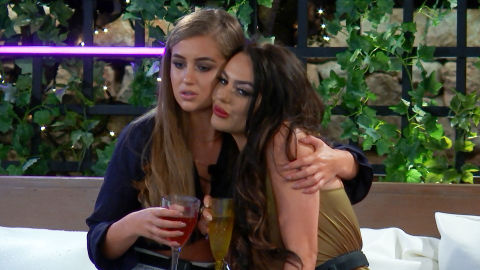 Then viewers witnessed Rosie Williams confront Adam Collard after finding out he’d been ‘grafting’ on Megan and had called her too “materialistic” behind her back.

All of this was leading up to the recoupling, or so viewers thought, as the show unexpectedly ended just before the new pairs were announced.

With a whole day to wait, fans are going to have plenty of time to ponder what will happen when we return to the villa.

Will Rosie forgive Adam and chose him again? Will Megan disappoint us all and pick Eyal? 24 hours is just too long to wait with this much drama!

Love Island continues on Wednesday (June 13) at 9pm on ITV2.