Love Island had two dramatic twists tonight (July 19) – not only was there another recoupling (and one of the most unpredictable ones we’ve had so far), but viewers also saw the moment Georgia Steel and Sam Bird dramatically walked out of the villa.

Despite the fact that they’ve been getting to know some of the new Islanders since they chose to break up to stay on the show, it’s been pretty clear to Georgia and Sam that they’re still only interested in each other.

And when an inevitable recoupling was announced in a text – reading: “Islanders, tonight there will be a recoupling. Georgia and Sam will pick first. The remaining boys will then choose who they want to couple up with #freshstart #bagabae” – things got even more complicated for the pair. 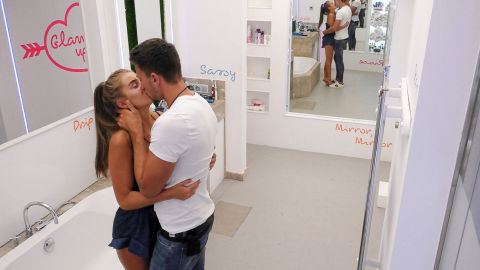 Grabbing Sam for a chat, Georgia admitted that she was finding it hard to not be coupled up with him anymore.

And it wasn’t just Georgia who was struggling, with Sam confessing in the Beach Hut that he was very apprehensive about what could happen at the recoupling.

“I don’t think Georgia’s fully understood what is about to happen. This is the recoupling,” he said. 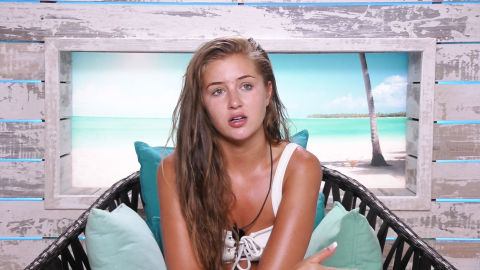 “It’s all well and good splitting up and being single and talking to other people but if the people we’ve been talking to is nothing like what we had, then what are we doing?”

Georgia added that she was “really nervous” about the recoupling, saying: “It’s the first recoupling that I haven’t felt excitement. The boy I want to pick, I can’t pick. Awful.”

Just before the recoupling, Sam admitted to Georgia that he was “still falling for you” and said the recoupling would be “horrendous” – to which Georgia replied: “I honestly don’t know what to do.”

And when it came to the crunch, the pair just couldn’t bring themselves to couple up with anyone else. 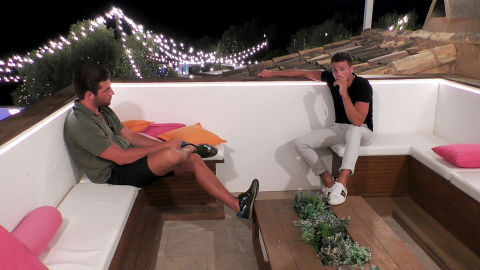 “I feel like Georgia is the person I want to be with,” Sam announced at the recoupling ceremony. “I’m falling for her. I actually refuse to recouple.”

And Georgia was in complete agreement, saying: “I’ve not only lost a guy I really fancy but I’ve lost my best mate. I’m not going to recouple with someone else. I want to recouple with Sam, whether that’s inside or outside the villa.”

But sadly their decision meant that it was the end of their time in the villa, as Georgia received a text announcing that the couple had to say their goodbyes and leave immediately.

A tearful Dani Dyer said in the Beach Hut: “They passed their test. I’m so proud of them, I really am.” 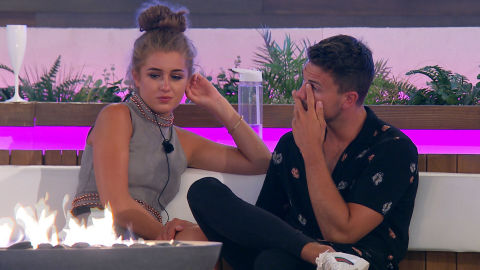 All that was left for the pair to do was say their emotional goodbyes to their fellow Islanders before making their triumphant exits, with Georgia declaring that she was “honest and loyal” as she went.

Plenty of viewers were having their hearts melted a little bit by the couple’s reunion: