Love Island‘s Zara McDermott was dumped from the island last week, before her partner in the villa, Adam Collard, joined her in the outside world.

Despite Adam officially coupling up with – and kissing – Darylle Sargeant just one day after Zara’s departure, he’s now declared that he’s IN LOVE with her live on telly.

“When Zara left, she said she might have found love,” Caroline Flack asked Adam on Love Island spin-off Aftersun. “Do you think you have?”

Adam replied: ‘Totally, I totally love Zara. The problem is I won the show too early, when I met Zara. I do love her.”

Following their appearance on the show, Adam shared a pic on Instagram of the pair kissing, alongside the caption: “I’ve already won.”

And Rosie Williams – who Adam dumped in favour of Zara in dramatic scenes – commented on the post, writing: “Wishing you both lots of happiness!

“This is what Love Island is all about. See you both very soon!” 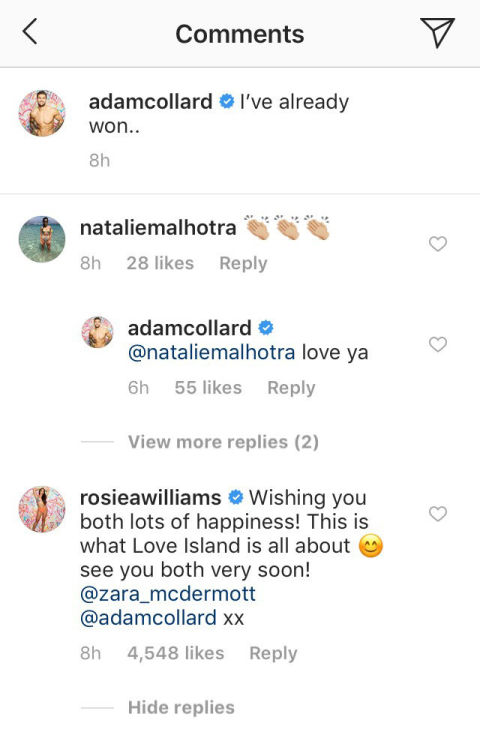 Appearing on Good Morning Britain last week alongside Rosie, Zara revealed that she “wasn’t shocked” to see her ex re-couple so quickly.

“I wasn’t shocked because I knew that to be safe [on the show], he had to couple up with someone,” she said. “It’s just the fact that Darylle and I are so worlds apart.” 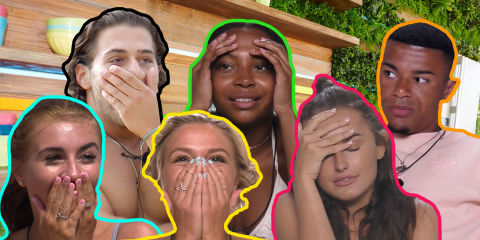 “I think he needs to pull his finger out a little bit,” she added. “It wasn’t easy watching him kiss someone else on TV, especially after we were separated. He’s got to… make some effort.”