Tayla Damir and Grant Crapp have called time on their relationship, despite professing their love for each other on national television just two weeks ago.

The announcement comes after the pair took home the Love Island Australia crown on July 5, seeing them each walk away with $25,000 after Damir opted to split the prize money she won.

After their win, the pair told Fairfax Media they would be relocating to Sydney to start their new lives together – but meanwhile, rumours were swirling that Crapp had a live-in girlfriend back in Australia all along.

Crapp denied it at the time but Damir has now told told the Nine Network the rumours were, in fact, true.

"Obviously I'm heartbroken. It was a big shock to the system," she said. "I still respect him as a person and I just think he's young and he's made a massively bad decision and didn't really think of the consequences that maybe a girl would have fallen in love with him.

"Hopefully that's something he learned through this experience and he learns how [not] to play with people's emotions." 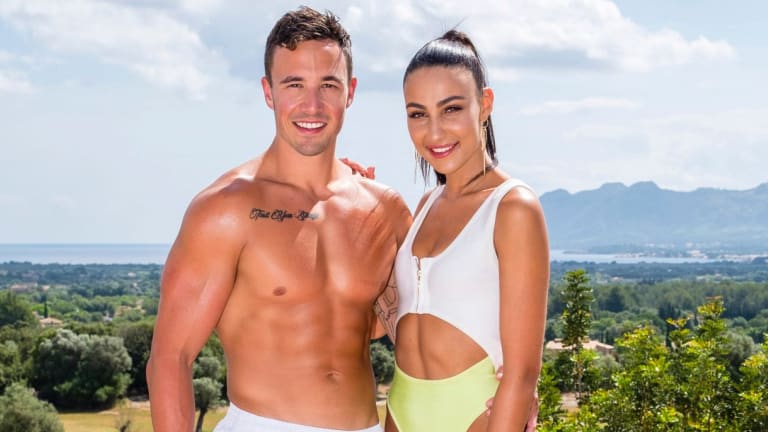 Damir said she ended the relationship on Wednesday night and that Crapp's girlfriend was a woman named Lucy who managed his business while the show was being filmed in Spain.

She claims she was forced to act because of the immense pressure from fans and the media.

"I gave him multiple chances inside the villa," she said. "Once I found out this information as well, the lies just continued the last 10 days. There was no trust being built up with anything. I couldn't in a relationship with someone I don't trust.

"He has told me he's broken up with her now, but has also told me he hasn't spoken to her since being out of the house. Either way, I'm being lied to or I look at him in that way."

In a message posted to her Instagram account, Tayla said she was heartbroken but hoped people would understand her decision.

Grant has yet to comment. However, he appeared on Kyle and Jackie O's radio program earlier this week to say he didn't cheat on his former live-in girlfriend because they were in an open relationship.

"She was well aware of obviously what was happening," he said.

Crapp and Damir's time on the show was marred by controversy, with the pair becoming emotionally involved with each other while Crapp was still coupled up with fellow contestant Cassidy McGill.