Mark Hamill has opened up about his “bittersweet” return for Star Wars: Episode IX without the late, great Carrie Fisher.

Following the recent announcement that Carrie will posthumously appear in Episode 9 of the franchise as Leia Organa, Hamill shared two photos of the pair together.

“It’s bittersweet facing my final chapter without her-She is simply irreplaceable. I’m finding solace in the fact that she won’t BE replaced & would love the worldwide outpouring of affection from those who loved her when they heard the news,” he wrote on Twitter. “#CarrieOnForever.”

Carrie’s part in the “final chapter” will be made up of never-before-seen footage of General Leia Organa from The Force Awakens.

Speaking about her “very magical” appearance, Carrie’s brother Todd Fisher recently revealed: “They have arranged it in the script and what was shot to bring her into the story in a way as if they filmed it yesterday.

“Isn’t that magical, that the things that she shot a few years ago are frozen in time, so to speak, and been reborn into the final Star Wars where she is the character that needed to continue?” 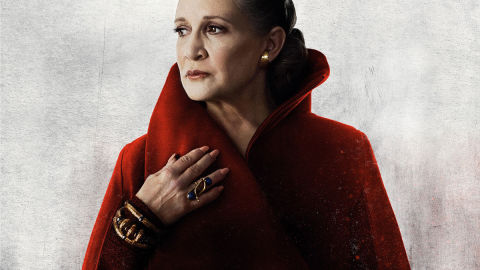 Todd previously campaigned to have his sister appear in the upcoming movie, noting earlier this year that Yoda came back and Leia could do the same.

“Yoda came back in the last movie, so why not Carrie?” he said at the time.