Homes Under the Hammer is a staple on the BBC throughout the week with hosts Martin Roberts, Martel Maxwell and Dion Dublin inspecting properties bought at auction and finding out what buyers have planned for them. The series differs from other property shows in that it mostly focuses on houses bought at auction. Reflecting on the show and its success, Martin took a cheeky swipe at rival series Grand Designs, which follows people as they design and build their own home.

Reflecting on how Homes Under the Hammer stands out from the competition, including Channel 4 juggernaut, Grand Designs, Martin explained viewers want to see how much they can get for their money rather than seeing extortionate amounts thrown at grand projects.

He joked: “These aren’t people building a house out of recycled rat droppings on the side of a cliff. 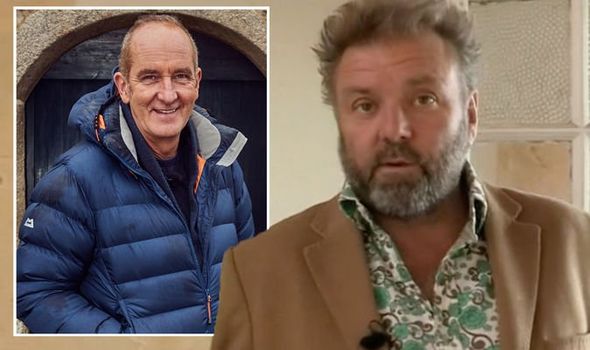 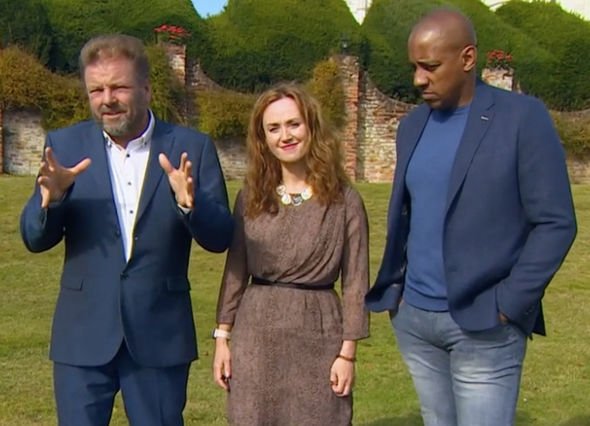 Lisa Hazlehurst, Head of Lion TV, who produce the series agreed with Martin, telling The Guardian: “Ultimately why Hammer is so successful is that it taps into our national [psyche], and our never-ending love affair with bricks and mortar.

“We have this fantastic obsession with property.” 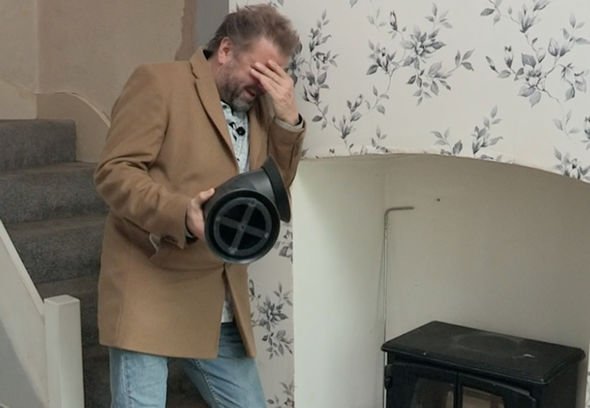 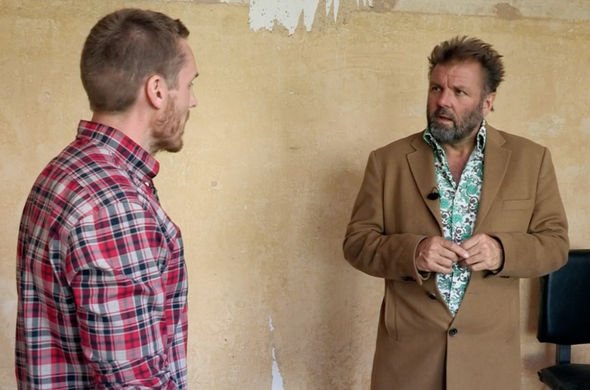 She added the properties which are her “favourites” are when buyers go on to live in the houses themselves.

“They’re my favourites,” she explained. “When it becomes someone’s forever home.”

Of course it’s not just seeing the success stories which attracts viewers but also the disasters and on-screen blunders.

On example involved Martin falling through the floorboards with Lisa sharing: “We were lucky enough to catch it on camera.”

Martin has been vocal about accidents on set in the past, telling Express.co.uk last year: “I’ve fallen through floorboards. I recognised the floor board was a bit dodgy.

“So I thought let’s just film what happens because I’ve got a horrible feeling when I stamp on this a bit hard, it’s going to give way on the assumption that the floor boards were the average distance from the stuff underneath by about six inches or so.”

Unfortunately Martin didn’t realise just how disastrous the move would be.

“I smashed on the floor board, I collapsed through and disappeared three foot down into the cellar,” he detailed.

“We kept on rolling and I picked myself up out of a hole and carried on presenting.

“It’s one of those classic moments of Homes Under The Hammer because it was actually used in the show.

“It really was quite funny because I collapsed into the hole. I had a few scratches to the leg and a bit of bruising but no broken bones.”

Homes Under the Hammer airs weekdays on BBC One at 10am.