John Torode and Gregg Wallace were joined by restaurant critic William Sitwell for the third quarter-final of MasterChef. Six heat-winners were challenged with serving up a plant-based dish before the judges decided which three budding chefs would progress to the knock out weeks. However, some BBC viewers weren’t pleased with their decision and took to social media to slam the pair.

Tonight’s instalment saw Amy, Hannah, Sahar, Jasmeet, Christian and Mustan battle it out for a chance to progress through to the next round.

One chef in particular, Mustan caught the attention of viewers and they disagreed with the judges’ decision over his fate.

Praising the budding cook, Gregg said: “Mustan’s food is inspired by the Punjab in northern India. His presentation skills are wonderful. His use of spicing is fantastic.”

Discussing his dish, So an hour and a half to do this dish, it’s tight, I’ve practised it a few times and if everything goes to plan. I just want to knock it out the park.” 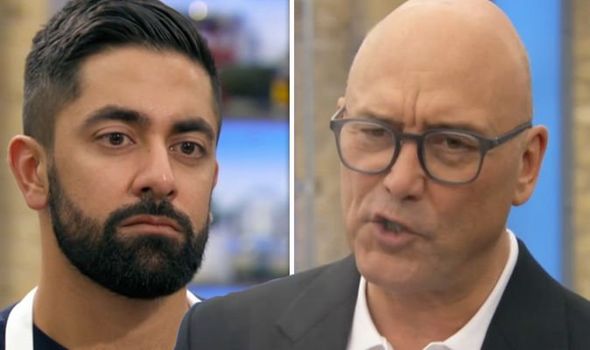 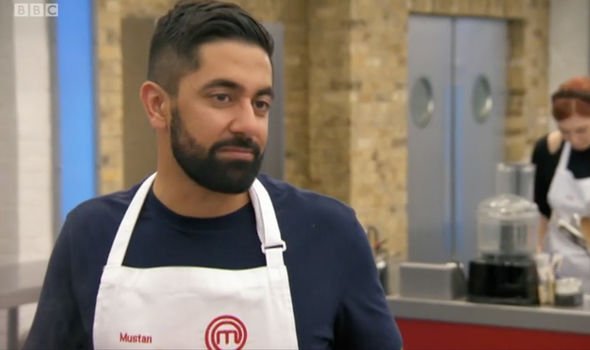 While Mustan cracked on with his dish, Gregg asked: “Throughout India there is an extensive use of veg isn’t there?”

Mustan explained his dish would have a base of chickpea masala, spiced aubergine steaks and two sauces to highlight the flavours.

However, the dish didn’t go quite to plan and Mustan didn’t receive the praise he’s used to on the show. 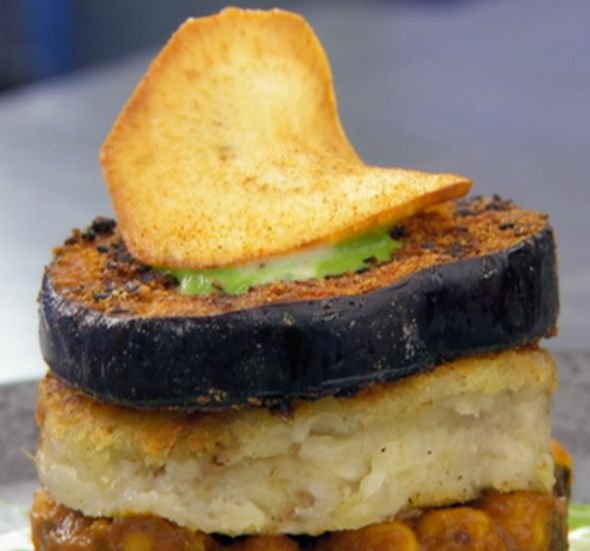 John commented: “Your food is really complex with spice, the chilly spice, the smokiness, the cumin. I really like your two sauces mixed together.”

“However your aubergine is not cooked enough, it’s tough,” he added.

William remarked: “I think the flavours are quite intriguing and what I really like is that spice and that heat.”

Gregg went on to say: “You don’t get a great deal of spicing from that potato cake which is fine because what’s on top of it and what’s underneath it, is powerful.”

“This sauce is fruity and fresh which I really like but what caps it all, your aubergine steak isn’t cooked.”

Despite all three critics praising his flavours, they all commented on the aubergine not being cooked and it seemed this factor cost him the competition.

Hannah, Christian and Jasmeet were sent through to the next round which meant Amy, Sahar and Mustan were sent home.

MasterChef viewers weren’t happy with the result and took to Twitter to slam the judges for their decision.

One said: “Sorry but Mustan should have went through #MasterChef,” while another wrote: “Travesty. Mustan was fantastic #MasterChef.”

Someone else tweeted: “BAD CALL @MasterChefUK MUSTAN SHOULD NOT BE GOING HOME #MasterChef.”

“Noooooo Mustan Sally!!!! She should have gone through #MasterChef,” another remarked.

MasterChef continues Monday on BBC One at 9pm.