The actress, 31, stepped out in the striking outfit as she shot for the new Sky TV series in a Manchester caravan park. 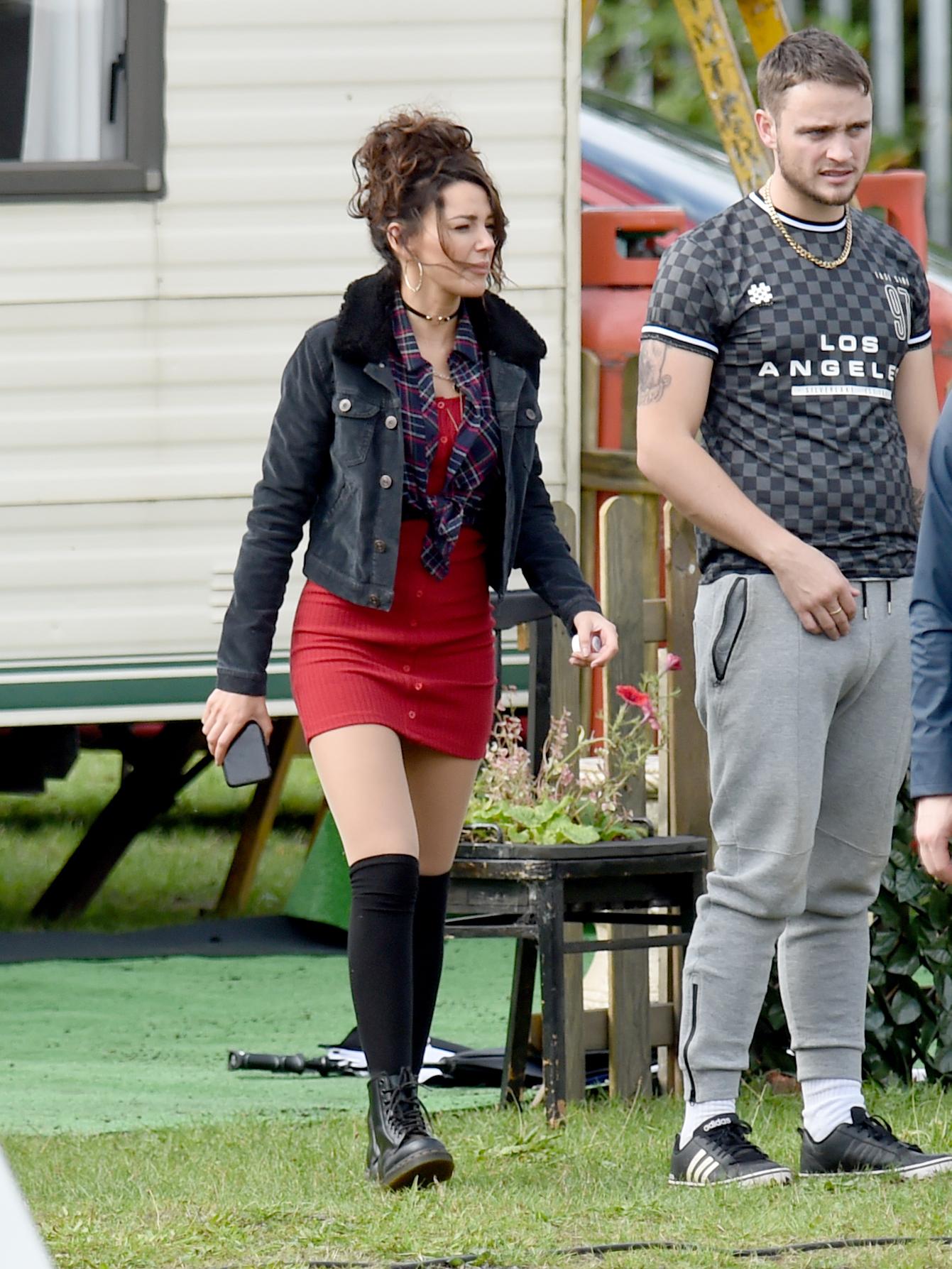 Along with the eye-catching frock, Mark Wright's wife wore a purple check shirt tied at the front and a black denim jacket with a sheepskin collar.

She finished off her look with black biker boots and gold hoop earrings, and wore her hair up in a curly up-do.

The former Coronation Street star was also spotted clutching her phone and sipping a hot drink as she took a break between scenes.

At one point she looked rather thoughtful while she stretched her legs. 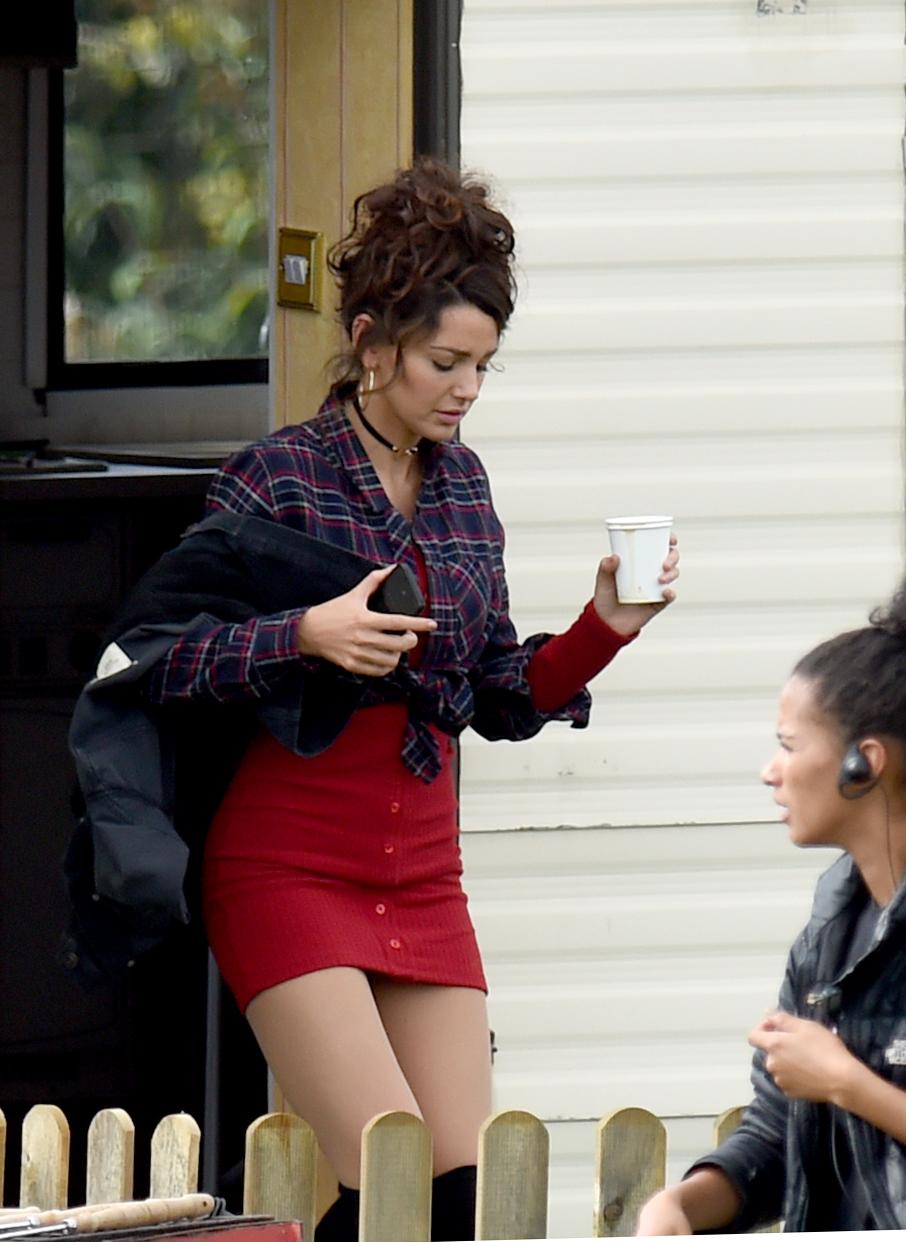 It comes after Michelle was seen wearing a retro miniskirt and knee high socks on the set of the same series last month.

She plays a doting mum to young son Tyler in the upcoming show.

The star looked happy and relaxed as she ran around the set with her on-screen child.

It follows the story of Vinnie, played by This Is England's Joe Gilgun, who suffers from bipolar disorder, and his best pal Dylan, played by Ripper Street actor Damien Maloney. 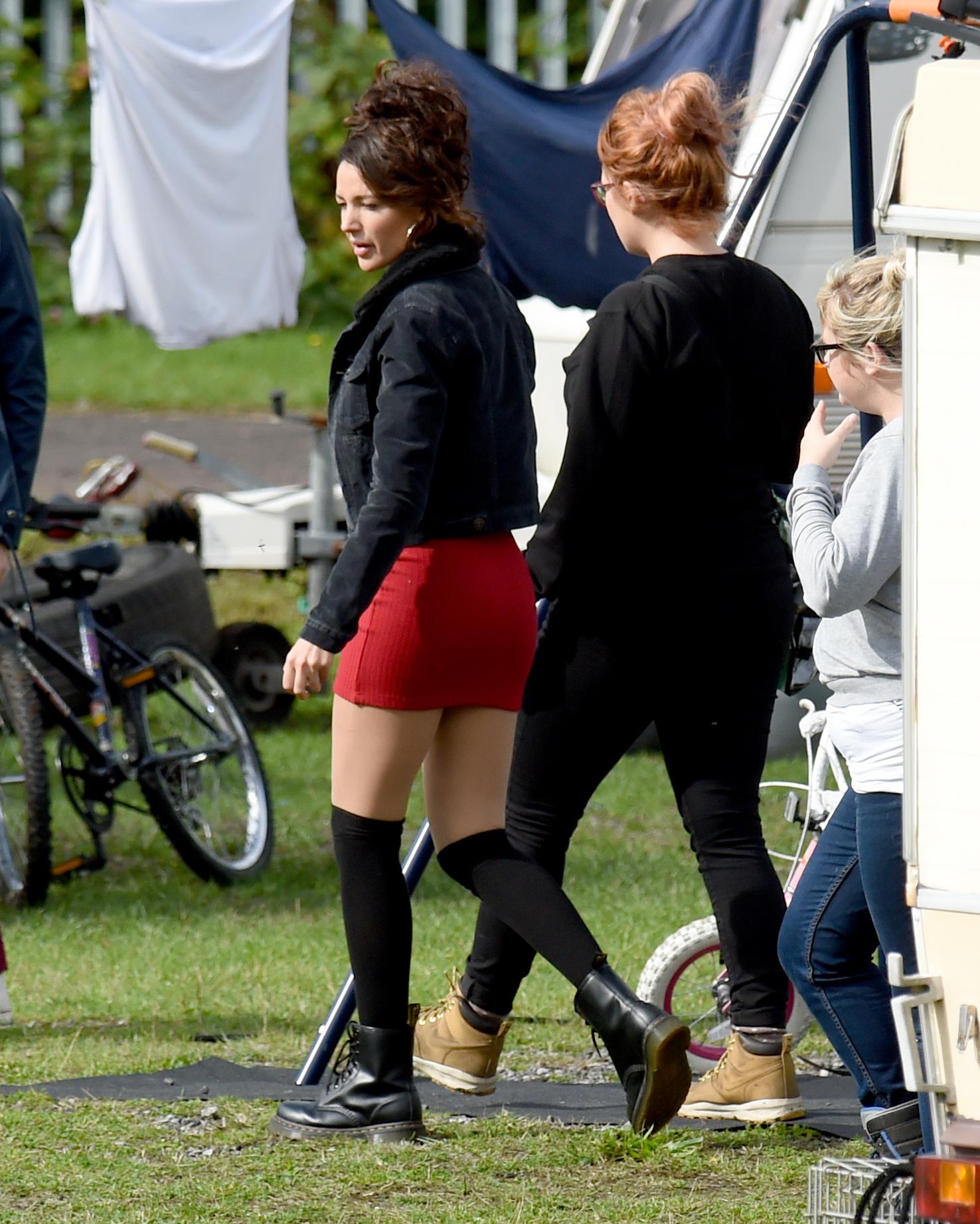 But their romance threatens being torn apart, as he is forced to decide between her or his unruly mates. 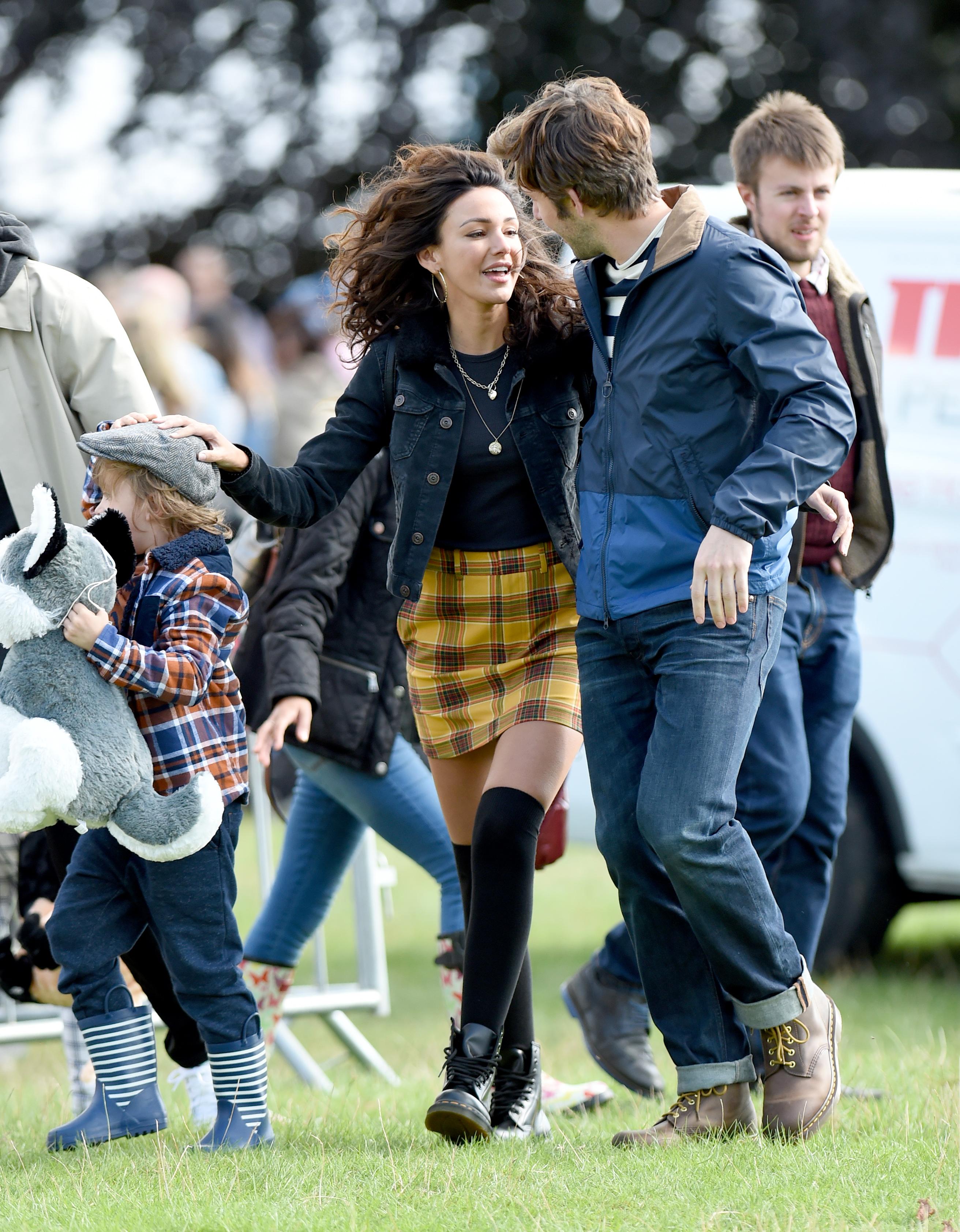 Earlier this month Michelle spoke on stage at a Stylist Live event in Manchester.

Discussing her career and life before fame, she wowed in a checked blazer and trousers from Very.co.uk.

She added: "Fast forward a decade and this is hanging from the ceiling… mind blown."