"Cinema is the ability to take you somewhere else," says filmmaker Alena Lodkina. Her first feature, Strange Colours, takes us to a place that will be unfamiliar to most viewers in Australia, as well as elsewhere: the remote opal mining town of Lightning Ridge in northern New South Wales, where the young heroine (Kate Cheel) travels to visit her estranged father (Daniel P. Jones).

Strange Colours is one of several Australian films screening at this year's Melbourne International Film Festival that revive a tradition that film scholars have sometimes called "locationism", exploring far-flung landscapes. These are also films in a mode not always looked on favourably in Australia – that of unabashed art cinema, where setting and mood counts for at least as much as what Lodkina calls "plot mechanism". 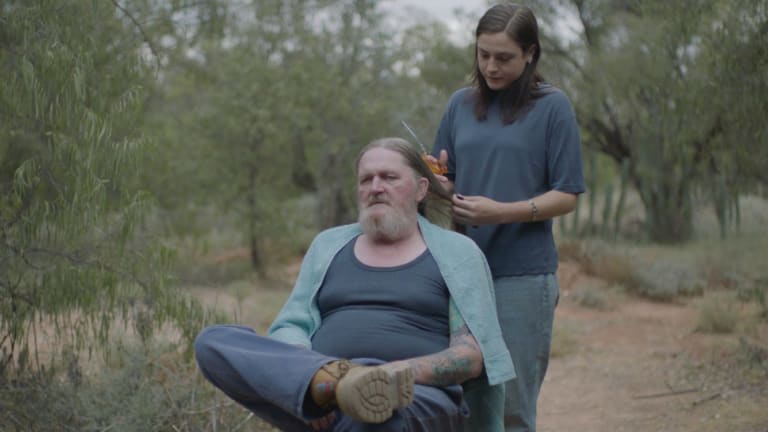 Lodkina has vivid memories of her first visit to Lightning Ridge, where she shot a short documentary before embarking on Strange Colours. "I first went there on my own," she says. "I got a bus, and I remember waking up in the morning and staying in a caravan park, in a tent, and walking around and just being stunned … the country's just very particular, the colours and the temperature and the aura of the place. And then once you're confronted with people it just feels like you're on another planet."

The film's perspective, she says, is partly anthropological: one of the influences she mentions is the late master Abbas Kiarostami, who made a number of films with non-professionals in rural Iran. Working with a cast of Lightning Ridge locals as well as professional actors gave Lodkina a sense of close engagement with the community: she describes the process as joyous, "despite the risks and the stress and sometimes the feeling of chaos on set". 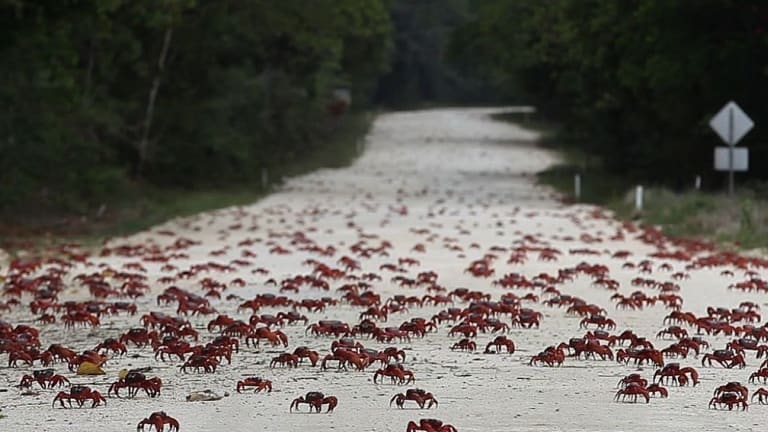 Island of the Hungry Ghosts is a tale of migration – of red crabs and refugees – on Christmas Island.

Strange Colours conveys a sense of the uncanny and the transitory, but steers clear of the Gothic menace associated with Australian classics such as Wake in Fright, set in a much more forbidding mining community.

"The film is almost like a negation of that tradition," Lodkina says. "I wasn't so interested in the cases of violence … of course it exists but it's kind of exceptional. I guess I was interested in the everyday, in how life happens for most people on a day-to-day basis, and the moments of stillness."

If Strange Colours is a fiction with elements of documentary, Gabrielle Brady's Island of the Hungry Ghosts is a documentary that could be mistaken for a partial fiction (as happened to me on first viewing). Filmed on Christmas Island, it follows the daily life of Poh Lin, a long-term friend of Brady's, working as a trauma counsellor with detained asylum seekers.

Like Strange Colours, the film conveys a strong sense of the uncanny through landscape. The anguish of detainees is set against the annual migration of red crabs across the island – described by Brady as a "natural force", in contrast to the chaotic actions of human beings – and the "hungry ghost" rituals conducted by locals for the spirits of the dead. 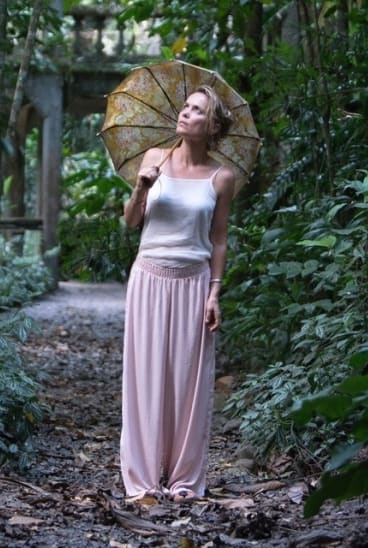 Where Lodkina was inspired by Kiarostami, Brady acknowledges a debt to Thailand's Apichatpong Weerasethakul​, whose films, such as Uncle Boonmee Who Can Recall His Past Lives, show the supernatural and the mundane existing side by side. "He's such a master," Brady says. "Just the saturation of the jungle. And of course he really delves into the ghosts, and you physically are taken into the ghostly world."

Brady says explicitly that she's an artist, not an expert on immigration policy. But she does mean for the film to prompt discussion – both among Australians who might be suffering "compassion fatigue" in relation to asylum seekers, and viewers overseas who might be unaware that Australia is involved in offshore detention.

Central to the process of making the film was Brady's sense of personal responsibility towards its subjects, especially Poh Lin, her colleagues and the detainees who appear. By her account, the artistic ambitions of the film are intimately linked with the goal of getting the audience to confront a desperate situation on a human level.

"At the core of it we are imprisoning people who have done nothing wrong, calling them illegal. It's completely absurd. We need to see what it is."

The country's just very particular, the colours and the temperature and the aura of the place.

Ben Hackworth's Celeste is a very different kind of movie, but this, too, is about a woman in a landscape: in this case, a once-celebrated opera singer (Radha Mitchell) who has retired to a crumbling, isolated estate in far-north Queensland. As Hackworth notes, the narrative itself has some of the "romantic, allegorical" quality of grand opera – heightened by the spectacular rainforest setting, which suggests a curtain hiding secrets.

Hackworth says that this location was a central inspiration for the film, if also a challenge in practice; like Lodkina, he uses the word "chaos" in describing the shoot. "We just avoided being washed out altogether," he says. "Had we gone a week later we would have been in serious trouble."

Getting the film under way was itself a battle, lasting seven or eight years (his last feature was his smaller-scale debut Corroboree, completed in 2007). One of the challenges was finding the right star: Hackworth explored many options before securing Mitchell to play a role unlike anything she had been known for before. "I've always thought Radha was one of my favourite actresses of that generation," he says. "Her thoughts are invisible, a little bit. There's a lot of actresses that gesticulate with their face a lot – with Radha it's much more in the mind."

How does Celeste fit into the broader landscape of Australian cinema? Hackworth isn't sure that it does, although he's a fan of some of the more offbeat local films of the 1990s, including Broken Highway and Love Serenade. If anything, I suggest, Celeste owes something to Hollywood classics concerned with divas of one kind or another, such as Sunset Boulevard and All About Eve. Hackworth agrees, and mentions, too, the 1970s work of the New German Cinema provocateur Rainer Werner Fassbinder.

Ultimately, though, he says he isn't aiming to follow any particular model. "I'm not the kind of person that goes and watches cutting-edge cinema and [says] 'How do I copy that, how do I look like I'm cutting-edge? There is probably a dated feeling to the film, but within that I hope to find my own voice."

Like Brady and Lodkina, Hackworth is unapologetic about making films on his own terms. "I think there needs to be more funding for art cinema, for cinema that's trying to be a bit more transgressive or a bit more left of centre," he says. "Because that's an important part of our culture too. I think it'd be good for everybody."

The Melbourne International Film Festival runs August 2-19. Island of Hungry Ghosts screens August 3 and 7, Celeste is on August 3 and 5 and Strange Colours on August 15 and 17. miff.com.au