Elly (played by Jodi Anasta) is currently public enemy number one on Neighbours following the death of villain Finn Kelly (Rob Mills), with detective Sky Mangel (Stephanie McIntosh) believing the mother-of-one murdered her deranged lover. Viewers of the Channel 5 soap know the beloved Ramsay Street resident had no involvement with his death, but being present at the scene and trying to cover up his body didn’t exactly help matters. Upcoming scenes will see her fight for her innocence but as her exit looms, could she end up actually killing someone as she loses control?

The one person who has always tried to protect Elly and her young sister, Bea Nilsson (Bonnie Anderson) has been their auntie, Susan Kennedy (Jackie Woodburne).

Being somewhat of a mother figure to her nieces, the soap stalwart went head-to-head with Finn on a number of occasions to ensure he didn’t ruin their lives.

One altercation saw her push the villain over the edge of a cliff, wiping his memory, but in the aftermath of the attack, she invited the troubled character into her home believing he was reformed.

Recent scenes proved otherwise and as the pressure builds against the mother-of-one, she could lose her grip on reality and end up hurting the person she holds dear. 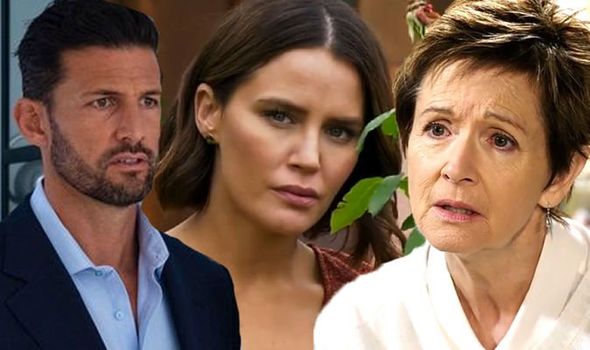 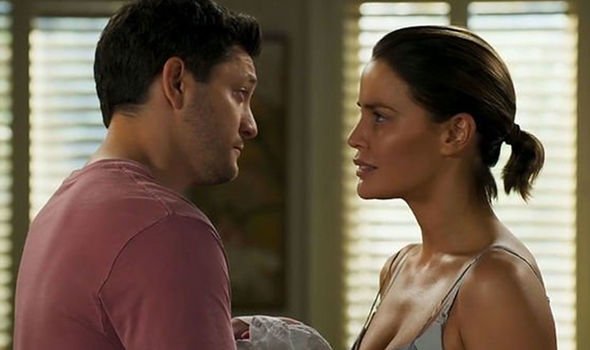 Susan played a big part in Finn’s final storyline, being the only Erinsborough resident to know he harboured secret feelings for Elly, despite being in a relationship with Bea.

The soap stalwart forced the pair to separate, with her niece going to live in another house with her baby daughter, Aster.

Following the events of the Endgame series and the villain’s eventual death, relationships have become strained in the Kennedy household as he continues to wreak havoc with their lives.

Luckily, the mother-of-one has former husband and detective Mark Brennan (Scott McGregor) fighting her corner for justice and to prove her innocence. 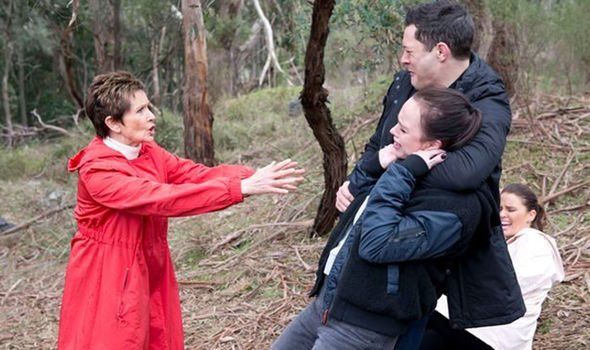 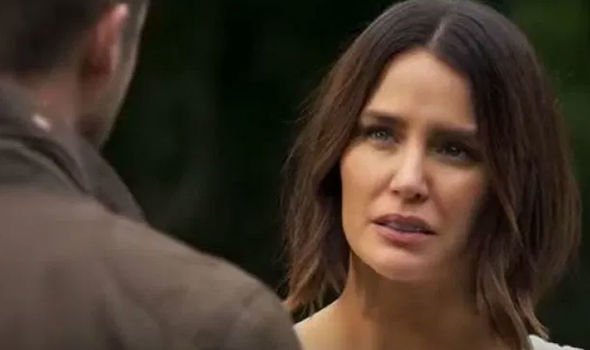 However, if incriminating evidence does come to light and Elly sees no way out, could she begin to blame Susan for causing all this turmoil for her?

Having brought Finn back into their lives and causing him more pain by forcing the pair to live in different houses, despite their feelings for one another, the mother-of-one could have an altercation with her auntie.

As one thing leads to another and things become heated, could the beloved character see red and murder her mother figure?

This would certainly lead her to flee Erinsborough as she would no longer be innocent, killing Susan in cold blood.

A twist like this would certainly set the cat amongst the pigeons and soap star Jodi has teased something very unpredictable is going to happen which leads to her character’s departure.

Speaking exclusively to Express.co.uk, the actress explained: “What I’ve read online is that people have already made up their mind about Elly’s departure.

“And that’s wrong. It’s unpredictable what’s going to unfold over the next few months. It’s exciting.

“For me, it’s the most fabulous exit storyline I could ever ask for. You kind of start going in one direction with this storyline, and then it takes a turn.

“Then I end up working with all these other people I didn’t expect to work with and then it goes back to another situation, which is then when she leaves,” she added.

Jodi rounded off her response, telling viewers to “keep an open mind”, so could her character really contemplate murder?

With the soap star teasing her alter-ego will return to a former situation before making her exit, does this suggest the thought of her being a killer will be played out once more?

Could a double exit really be on the horizon for two of the show’s most beloved characters?

Neighbours airs Mondays and Fridays at 1:45pm and 5:30pm on Channel 5.