The actor, who is known for his role as Paul Robinson, found himself on the other side of the law to his scheming soap character when he played a high-priced QC in the series.

Stefan took time out from his busy Ramsay Street schedule to film at Neighbours‘ prison set alongside actress Sigrid Thornton, who played his incarcerated client.

Speaking about the role, Stefan said: “It was great fun and while it was a different position to be in, there is definitely an arrogance about the Wentworth character I was used to.” 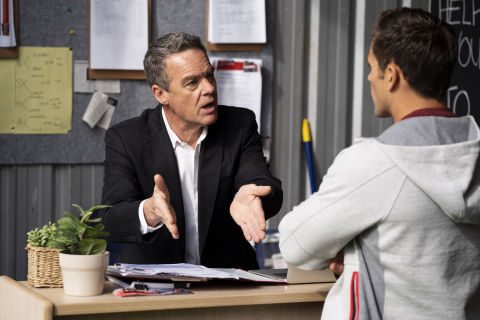 However, Stefan admitted that one of the biggest challenges of the part was remembering not to limp – something he has had to feign on Neighbours ever since Paul lost his leg over 20 years ago.

“It’s so automatic for me now to limp when I go on set,” he said. “I had to consciously remind myself not to do it. I’m sure the cast and crew were thinking, ‘What the hell is he doing?'”

Stefan’s first appearance on Wentworth aired last Saturday (July 28) on Channel 5, but he will be popping up in a couple more episodes over the coming weeks. 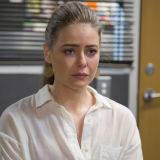