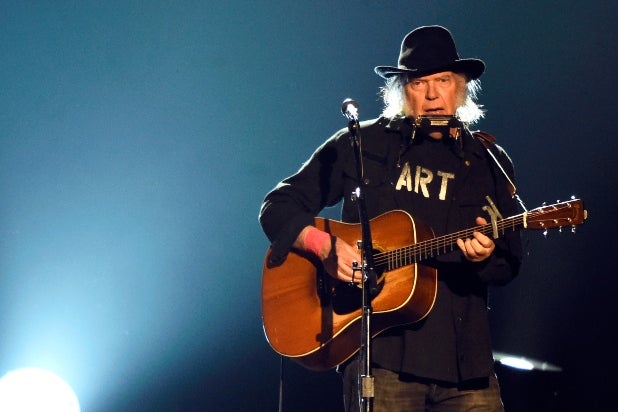 Neil Young has sold a 50% stake in his songwriting catalog to a British investment firm, Hipgnosis Song Fund, according to AP.

He becomes the latest classic rock star to do so after artists like Bob Dylan, Stevie Nicks and more have sold off rights in big pay days in recent months. And Hipgnosis also recently acquired Fleetwood Mac guitarist’s Lindsey Buckingham’s publishing rights and the production royalties of Jimmy Iovine.

Hipgnosis has now acquired from Young, the folk and rock legend behind “Heart of Gold,” “Harvest,” “Down By the River” and many more, half of the copyright and income interests of approximately 1,180 songs he’s written.

Bob Dylan got a big pay day recently when he sold to Universal Music Publishing Group rights to 600 songs for a sum of at least $300 million and possibly as high as $500 million. Dylan had reportedly rejected a similar offer from Hipgnosis. Nicks sold an 80% stake in her music to Primary Wave for $100 million.

With concert touring on pause, musicians are looking for other ways to bring in money and capitalize on streaming while traditional sales dwindle. Young, a staunchly political musician through the years, however has previously been opposed to licensing and having his music appear in advertisements or in films.

The AP quotes in the announcement from Hipgnosis that founder Merck Mercuriadis intends to respect Young’s legacy and will never release a “Burger of Gold.”

“[We] have a common integrity, ethos and passion born out of a belief in music and these important songs. There will never be a ‘Burger of Gold’ but we will work together to make sure everyone gets to hear them on Neil’s terms,” Mercuriadis said via AP.

Young’s old bandmate with Crosby, Stills, Nash and Young, David Crosby, reacted to the news of the Young sale on Twitter Wednesday, presuming that his reasons for making the deal are much the same as his own.

“He’s bigger, but we both can’t work, and we both have responsibilities we take seriously, families,” he wrote.