And what she will miss the most 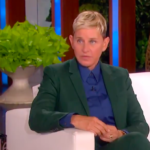 DeGeneres says she is “praying” that for her final season she can go back to having an in-studio audience all season long “that can celebrate with me and say goodbye.”

She has already begun that process internally with her staff, telling Winfrey that making the announcement to the “Ellen” team Wednesday was “hard.” 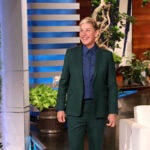 Winfrey applauded DeGeneres decision to give a year’s notice on her exit.

“For everybody on that staff, they have built their financial life, their family life based on that show,” Oprah said. “So for me, that was hard, too. That’s why I gave the same amount of time that you did — actually, maybe a couple of months more, which I thought was actually too much. I think a year is perfect, because people have a chance to, first of all, psychologically take that in. And have this next year, which is going to be the most fabulous year ever. They have the opportunity to celebrate that and to embrace that. And also prepare themselves for whatis the next chapter for them too. So I don’t think you can do any better than to let your team, the people who helped make you who you are, giving them enough advanced notice so they can prepare psychologically, emotionally, too, for this. And I know that’s hard.”

Watch the full clip via the video above.

Winfrey and DeGeneres sitdown was taped Wednesday, a few hours after DeGeneres announced via an interview with The Hollywood Reporter she would be ending her show in 2022 with Season 19. That afternoon, she also spoke with the “Today” show’s Savannah Guthrie for an interview that aired Thursday morning. 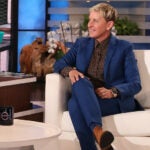 During that chat with Guthrie, DeGeneres spoke about last summer’s bombshell stories in which “toxic” workplace accusations were leveled against the “Ellen” show, saying the rollout of those reports were “too orchestrated” and “too coordinated.”

You can read more about DeGeneres’ “Today” show interview here.