Warning: This article contains spoilers for Orange Is the New Black season 6.

For a brief period, Orange Is the New Black fans (and Piper Chapman herself) were concerned about Alex Vause’s fate.

Not only was she missing in the trailer, but she also did not appear in the first few episodes.

It turns out that, yes, Alex is very alive. But there was also a real-life reason for the mystery as well.

Laura Prepon, who plays the inmate, gave birth to her daughter Ella on the same day the season began production in July last year, and so the star took the first six weeks off.

“It actually worked out really, really great,” she told The Hollywood Reporter. “Because of Litchfield exploding, basically, last season, all the girls get sent to Max, and it was left as a cliffhanger as to what was happening with my character.

“They showed me [in the first episode of season 6] in a slumped ball on the floor, and you don’t know if I’m alive or not. That’s what they wanted. They wanted to create mystery around my character in the beginning of the season.

“I told them that was great, because Ella was actually born on the day we started production on season 6.” 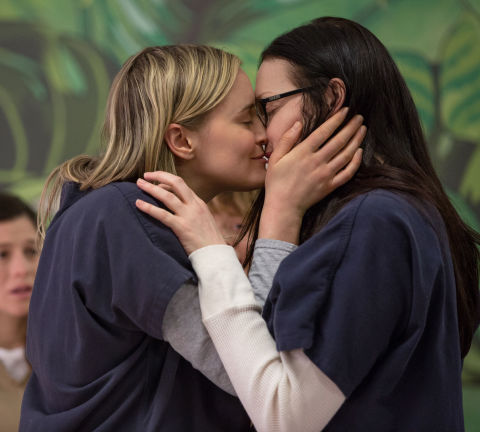 Prepon continued: “I went back to work at six weeks, which is fast. But because of the storyline, it was pretty perfect that you didn’t know what was going on with Alex.

“I was able to be at home with my brand new baby as a first-time mom, having no clue what I was doing, while they were getting the storylines going, and then I came back for episode 4.”

Orange Is the New Black season 6 is available to watch on Netflix right now.