Caitriona Balfe, Graham McTavish and Sam Heughan have known each other since they first appeared in the first episode of Outlander. However, despite appearing in two series with one another, the Claire Fraser actress had to give a warning to Graham about the highlander star before they began filming Men in Kilts.

Speaking in an exclusive interview with Express.co.uk, Graham revealed Caitriona warned him how competitive Sam could get.

It seems this was an important warning as the pair went on to compete in a number of sporting events on their travel series.

Unfortunately for Sam, things didn’t go his way as he ended up losing out to Graham as they took on hammer throwing, golf and rugby.

Graham explained: “He is quite insanely competitive, Caitriona [Balfe] actually warned me before I started doing it. 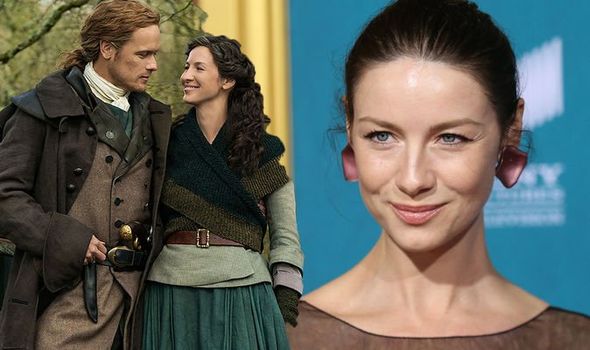 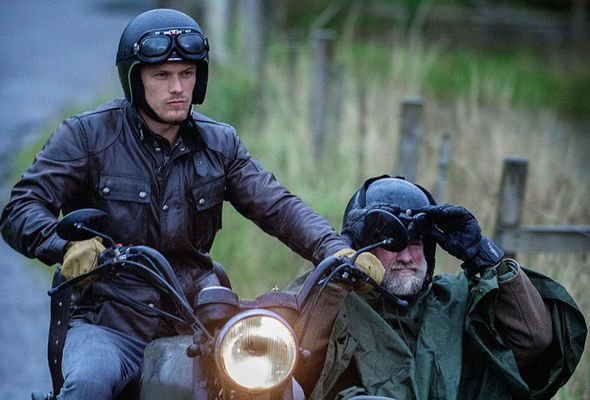 “She said, ‘Just be careful because he is competitive, about everything.’

“I hadn’t really noticed that about him before, until we did the show, and he is.

“I mean, he’s a very driven individual. As am I.

“But Sam, you know Sam runs marathons and all this sort of thing. I’m not going to run a marathon.” 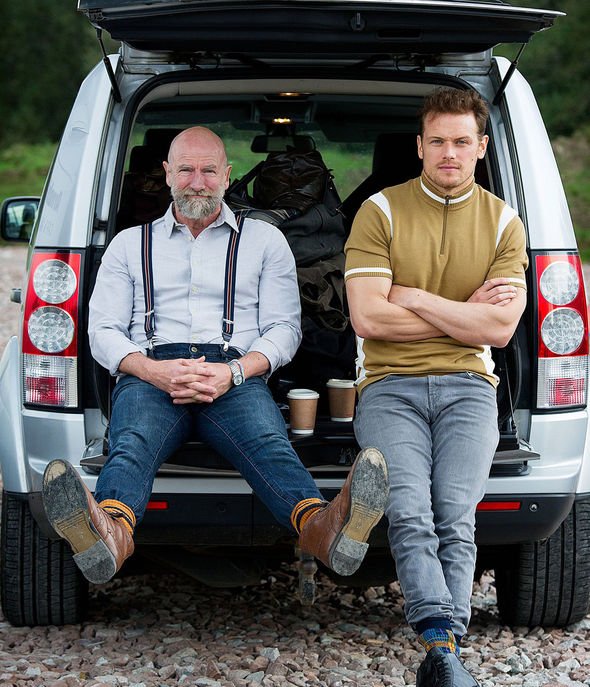 Unfortunately for Sam he ended up losing the competition against Graham and his forfeit was to run into the sea naked, something which Graham thought he’d have to do.

He commented: “I assumed that I was going have to do it because he told me that he’d been in the semi professional at golf.

“I’d played golf twice in my life before this is like 30 years ago. I wasn’t very good. “So I was completely accepting of the fact that I was going be running into the North Atlantic naked.

“And then I beat him at the golf.”

Graham added he had “unbridled glee” at watching his co-star face the cold waters as he watched on from a warm camper van.

The series has been renewed for a second season and Graham is keen to explore more of Scotland as well as take the show abroad.

“The story that we want to tell really is a story much bigger than Scotland actually, I think it’s discovered story and that story extends to many parts of the world, you know, Canada, New Zealand, Australia, the United States, South Africa, all over the world,” he said.

“In terms of what their immigration achieved is remarkable. There’s a lot to tell in Scotland. But there’s even more to tell.

“We would love to take this idea and this journey and see and see how it plays when we go into somewhere like, I don’t know Canada or New Zealand, and we’re on the road together in these completely alien places because I think one of the appeals.”

Men in Kilts is available to watch on Starz and Amazon Prime Video.