The 53-year-old told viewers he had run out of time to get ready ahead of his 6am start. 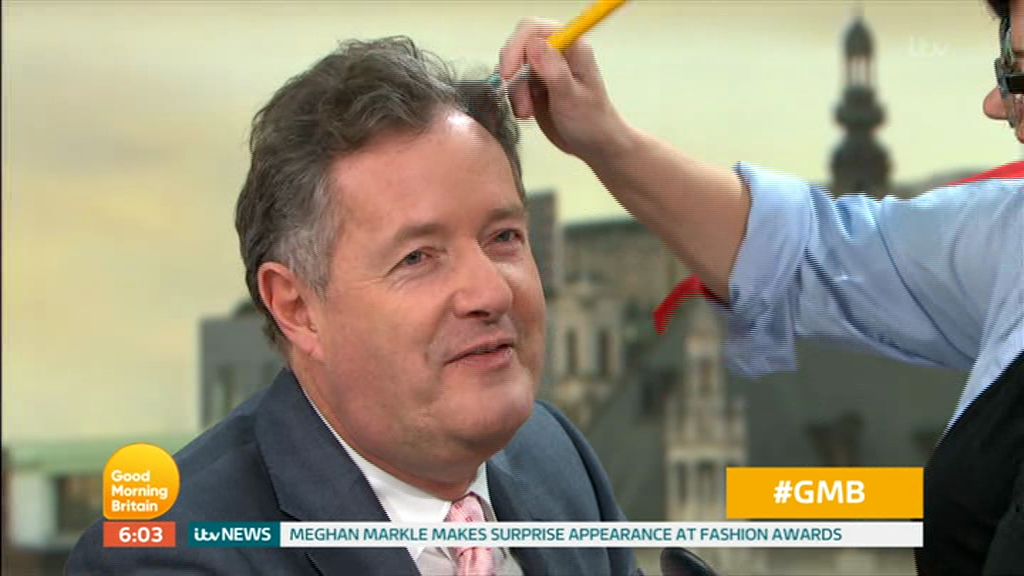 He said: "Now I feel rough as a badger's backside, I've got a stinking cold.

"To compound the misery, I went to put on my shirt, I was just about to walk to make-up and the top button burst off under huge mounting pressure from the Christmas season, and I then had to wrestle around trying to find [a shirt].

"I then got to the make-up room and they suddenly said we had one and a half minutes to air, so I'm not appearing how I really look.

"I'm as clammy and sweaty and disgusting and unprotected by make-up, this is how I really look and it's pretty awful so I can only apologise." 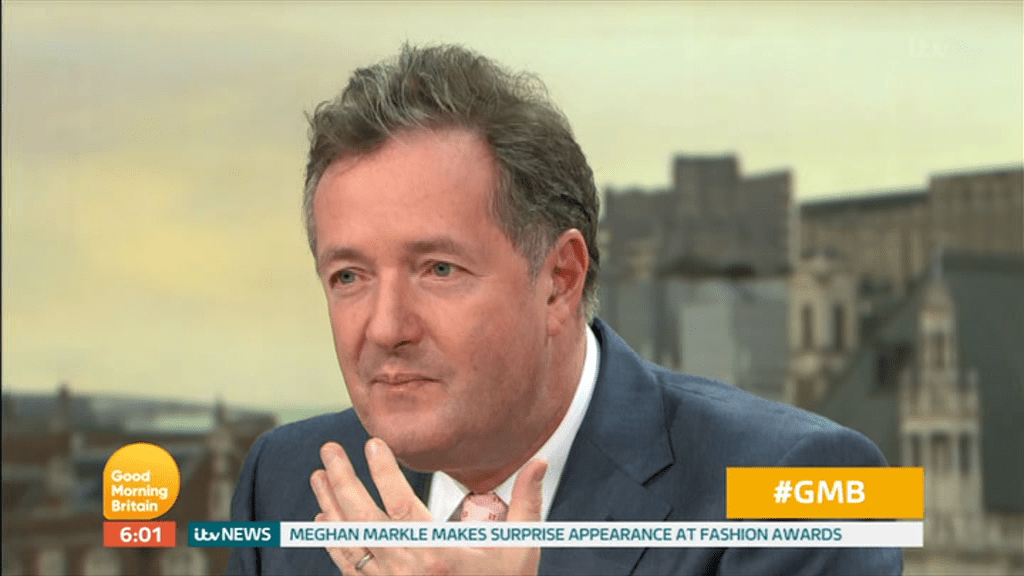 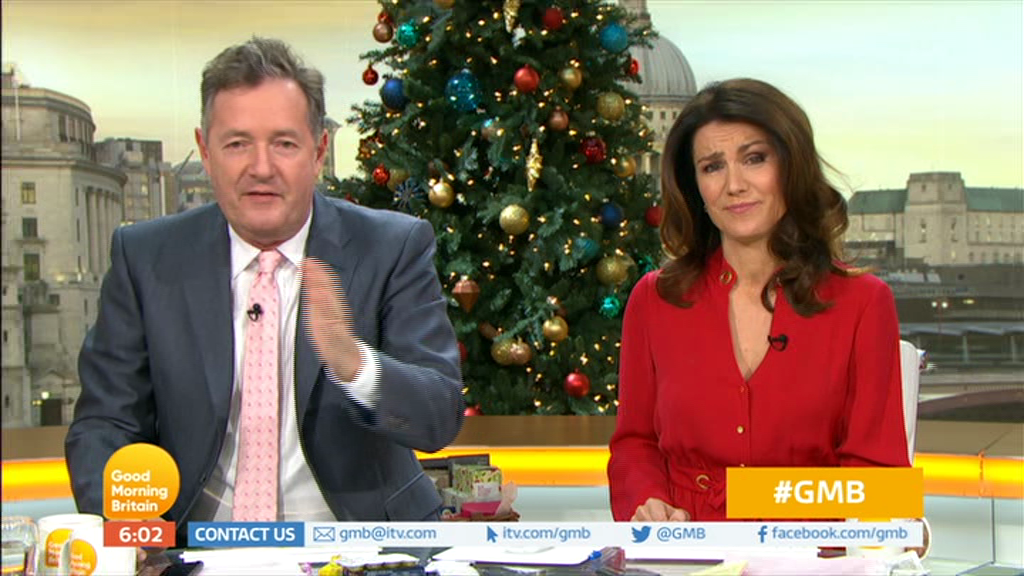 Co-host Susanna Reid then joked: "Why don't we get make-up in now as viewers' screens are cracking around the country."

A few moments later, a make-up artist came onto set and Piers spun round to face her as she brushed his forehead, cheeks and chin with foundation.

As she did her job he added: "I'm actually sweating like a pig from the cold so this is a really unfortunate situation."

A few moments later, showbiz correspondent Richard Arnold received a message that his house alarm had gone off while he was in the middle of his entertainment news. He said: "I just got a phone call saying the alarm is going off on my house.

"There's nothing left in it."

Piers joked: "That's the most action it's seen for a while."