PIERS Morgan hit out at "liar" Dan Walker in a ratings row as he insisted Good Morning Britain's audience is rocketing.

The ITV presenter has a rivalry with journalist and host of BBC Breakfast Dan. 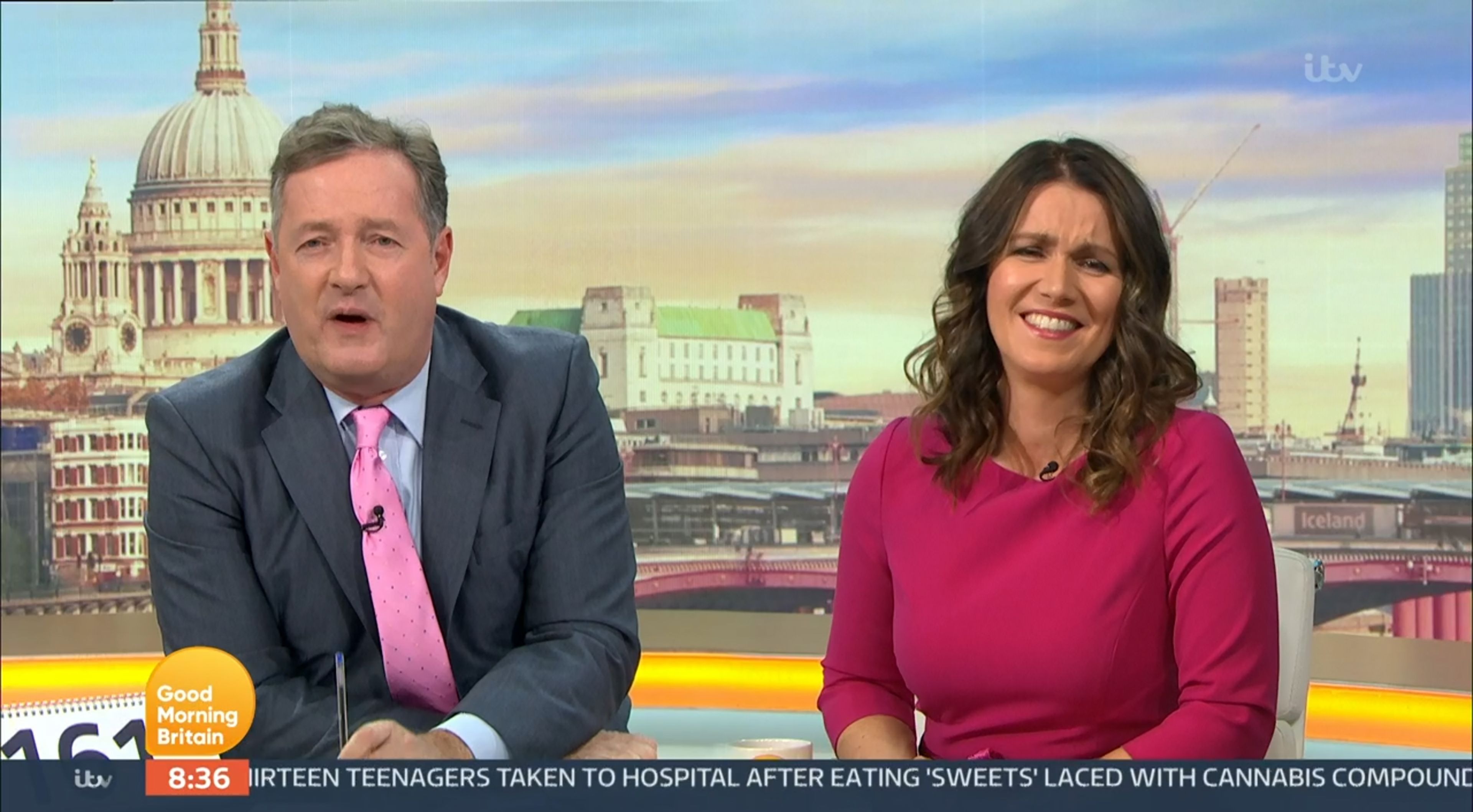 So when Dan and his editor Richard Frediani bragged about their ratings, Piers couldn't help but throw a jab in.

Richard wrote on Twitter: "Another day of @BBCBreakfast
dominating morning TV. More viewers throughout the key 8am hour. A peak audience at 44.4% and 2.13 million – nearly a million ahead of any other show."

Dan quote tweeted the news while taking a jab at Good Morning Britain, which airs at the same time as BBC Breakfast.

He wrote: "Great news from the boss of #BBCBreakfast Good to know the show is so popular despite stiff competition from ‘Everybody Loves Raymond’ and ‘Paw Patrol’ Thanks for watching" 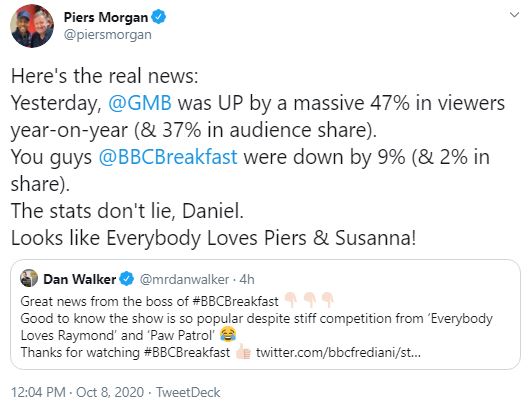 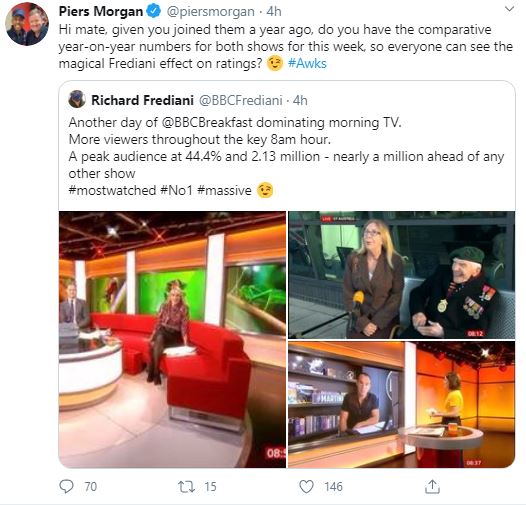 But rather than going with raw figures, Piers told Dan the "numbers don't lie" in terms of growth.

Then later on, he tweeted BBC editor Richard: "Hi mate, given you joined them a year ago, do you have the comparative year-on-year numbers for both shows for this week, so everyone can see the magical Frediani effect on ratings? #Awks" 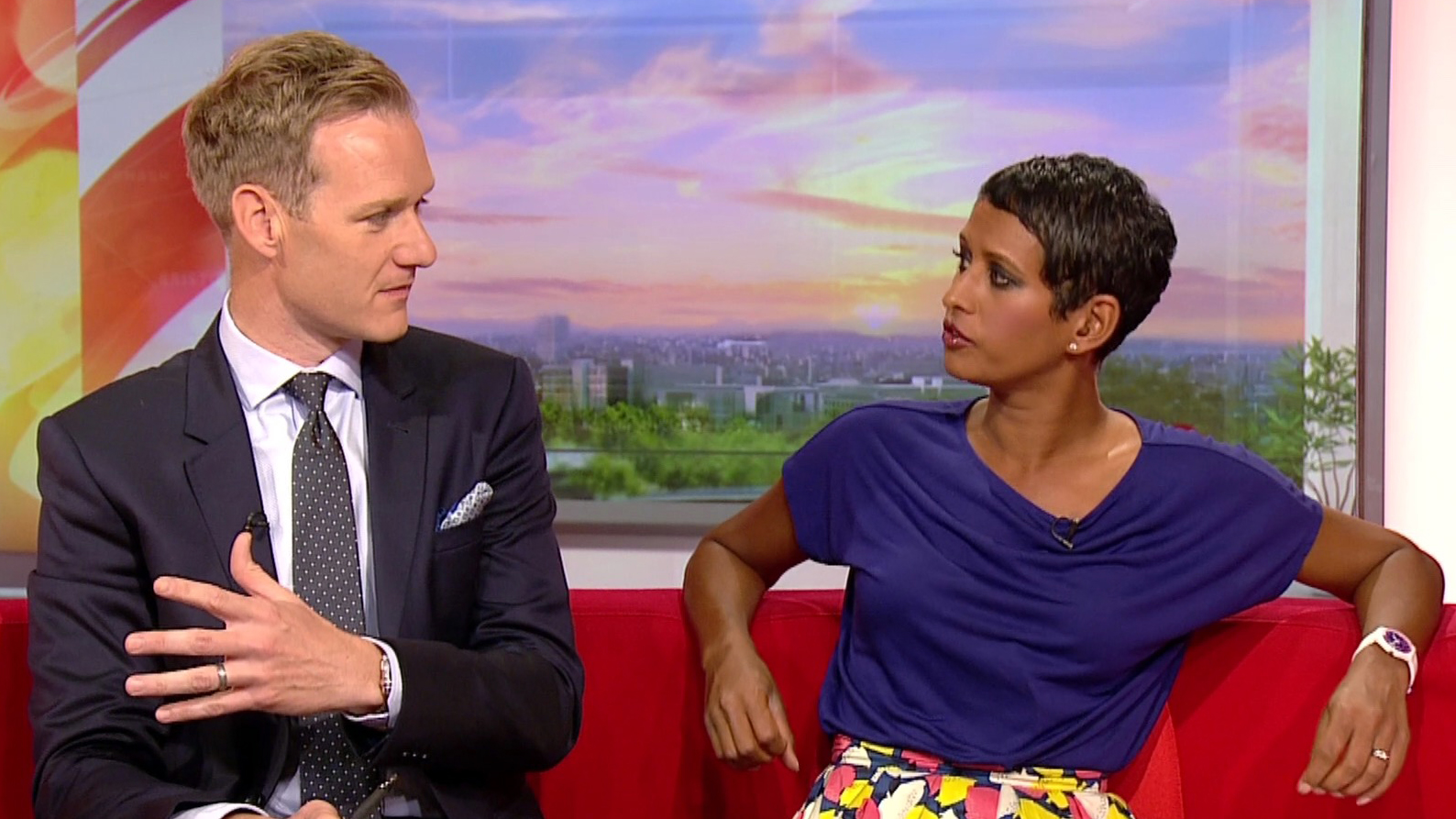 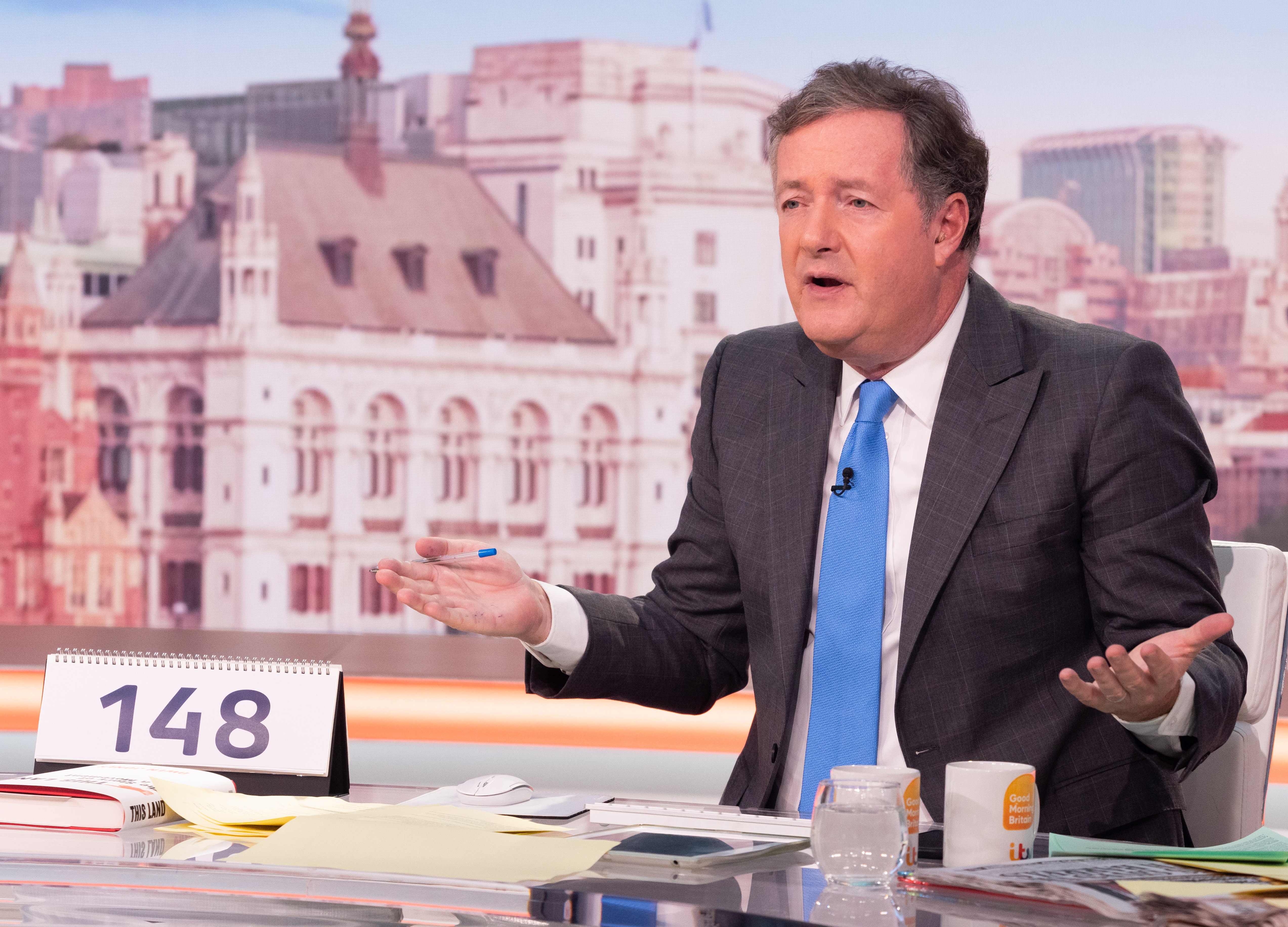 Sharing a pic on Instagram of him celebrating on GMB, he wrote: "BREAKING: Massive ratings for @gmb yesterday. 2nd highest in show’s history & UP by 28% year-on-year, with poor old @bbcbreakfast DOWN by 2%. Thanks for watching!"

This is despite the fact the government is currently boycotting the show after facing a series of combative interviews from Piers and the hosts.