The Towie veteran put a protective arm over her belly as she enjoyed a day out with her one-year-old tot Polly. 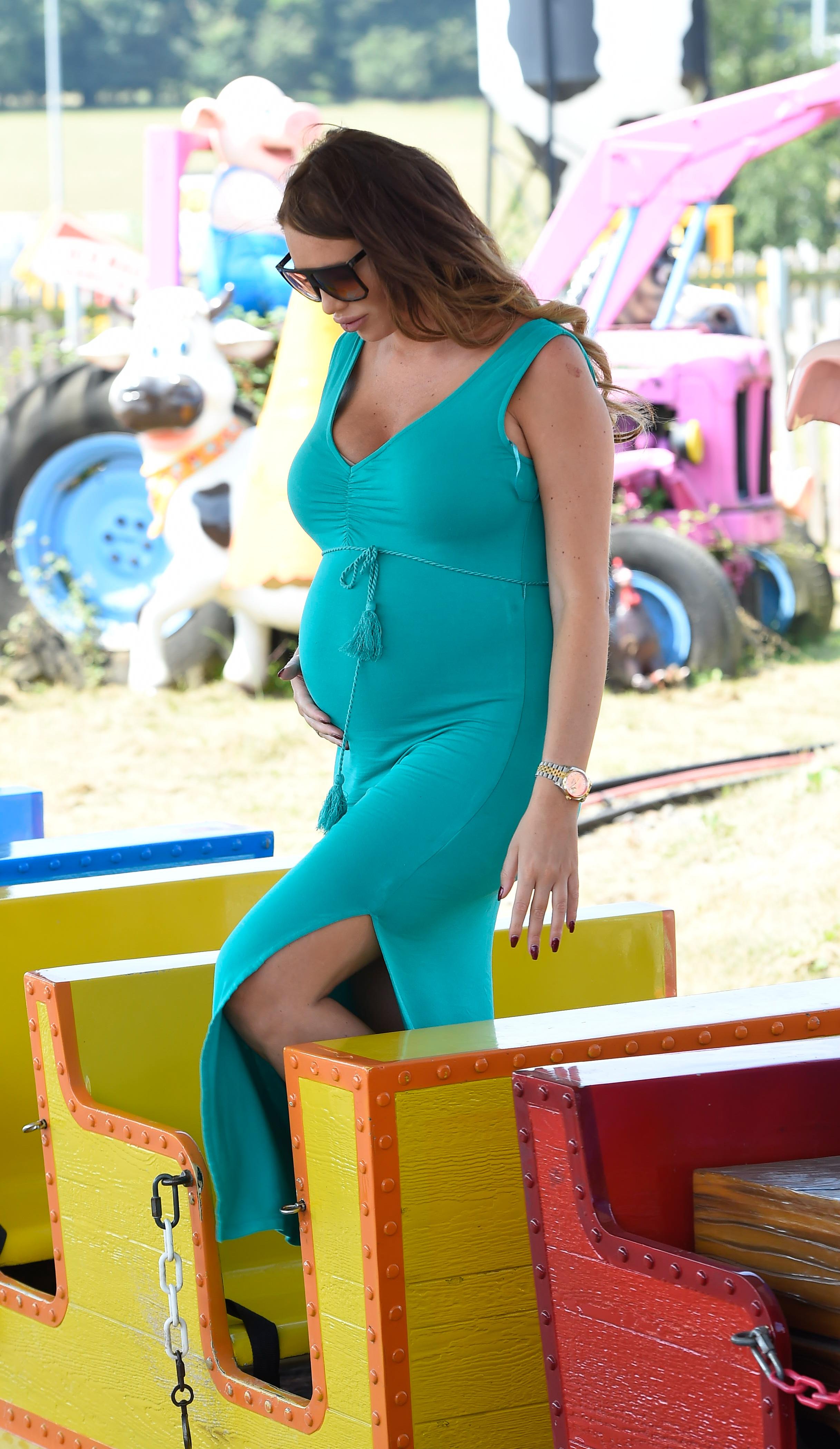 Amy looked stunning as she dressed her huge bump in a chic maxi dress.

The bright outfit featured a split at the side to show off her slim legs.

Amy was ever the yummy mummy and styled her hair in soft waves.

The beauty guru turned baby pram designer swept her baby girl Polly into her arms to see the animals. 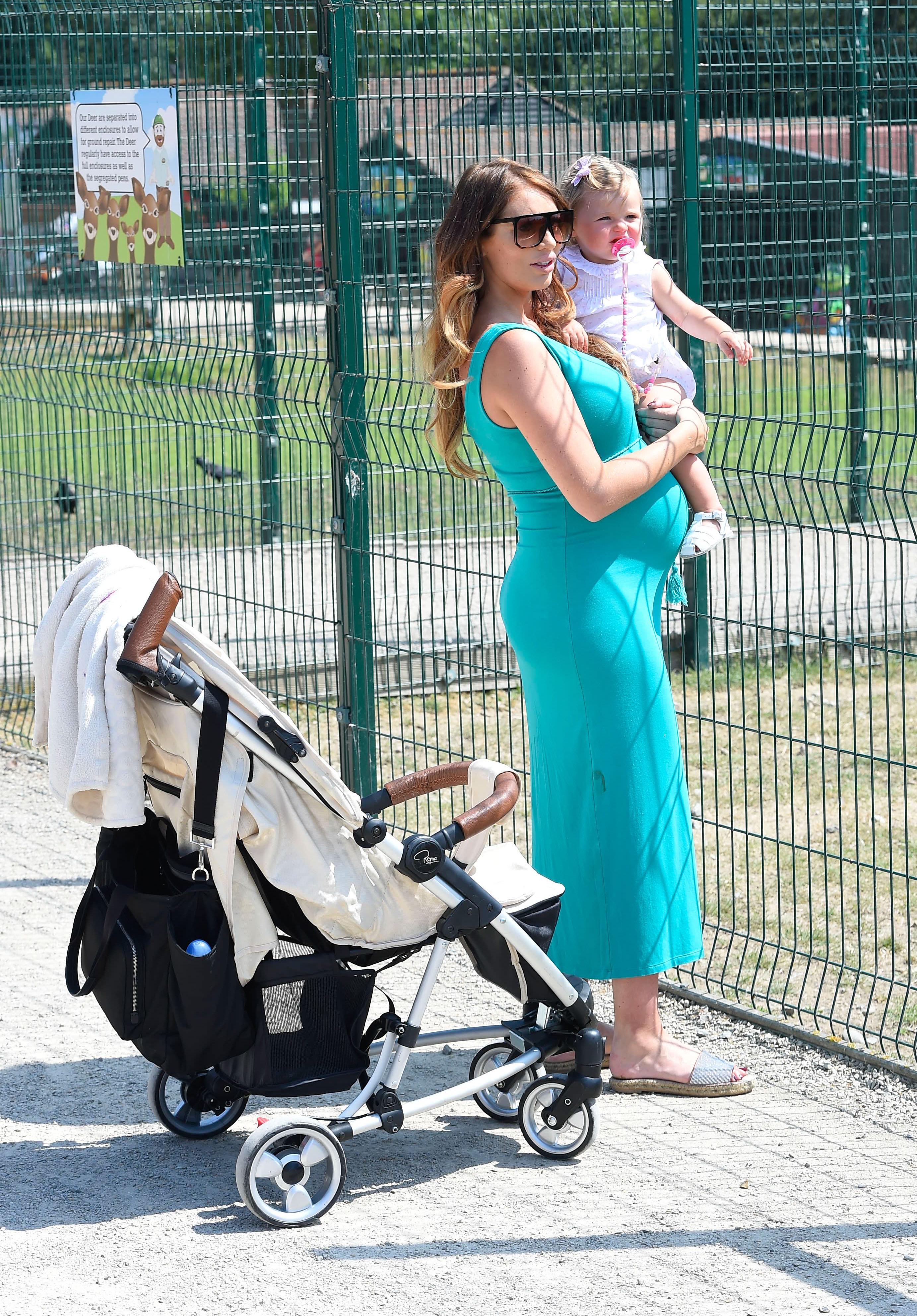 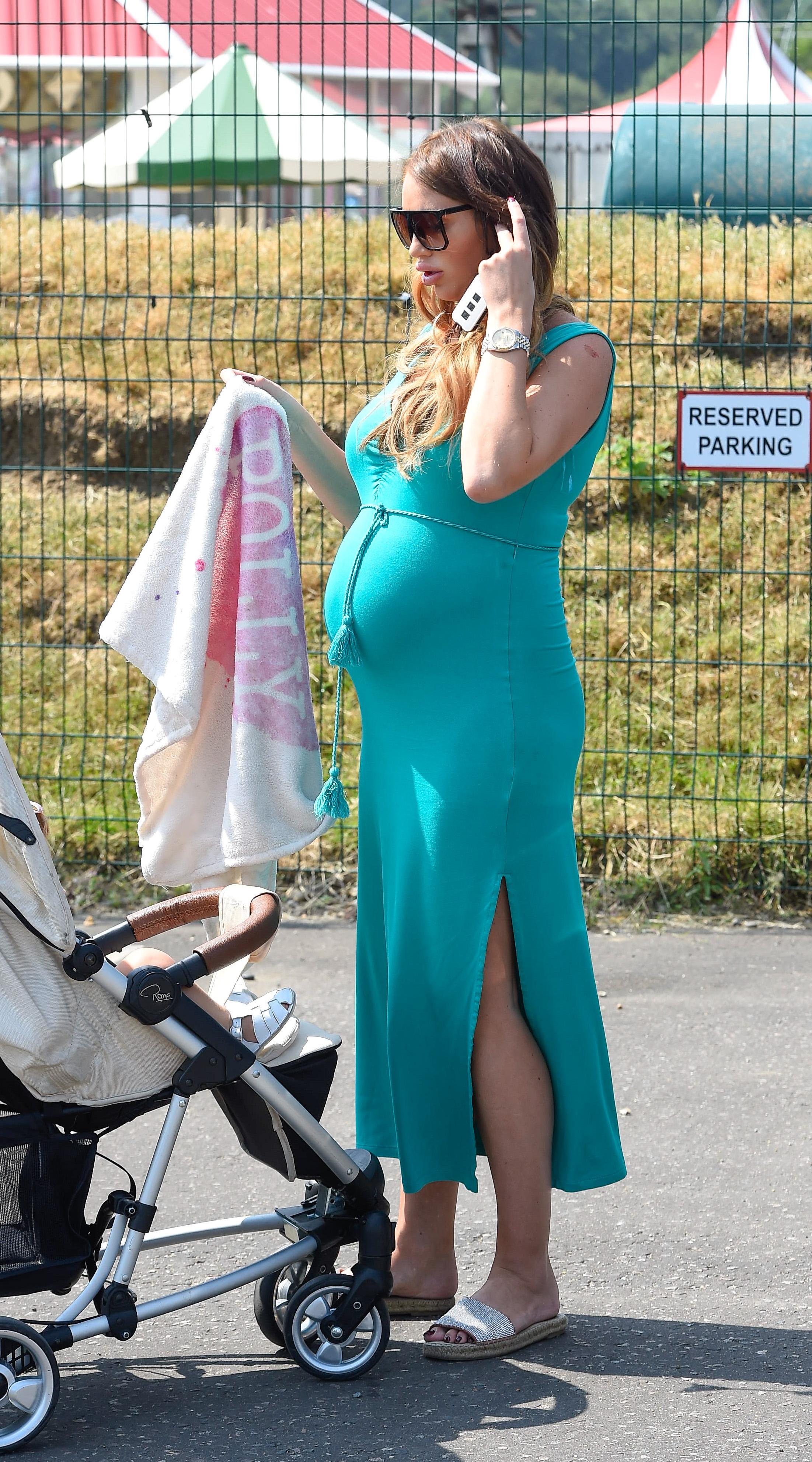 In another shot, Amy, who is expecting her second child later this summer, stooped down to talk to Polly who looked sweet in a white outfit.

She is recently back from a trip to the Canary Islands where she posted pictures of her bump on her Instagram page as she topped up her tan on the luxury holiday.

Amy made reference to the size of her tummy and told fans: "Think this is going to be a very big baby." 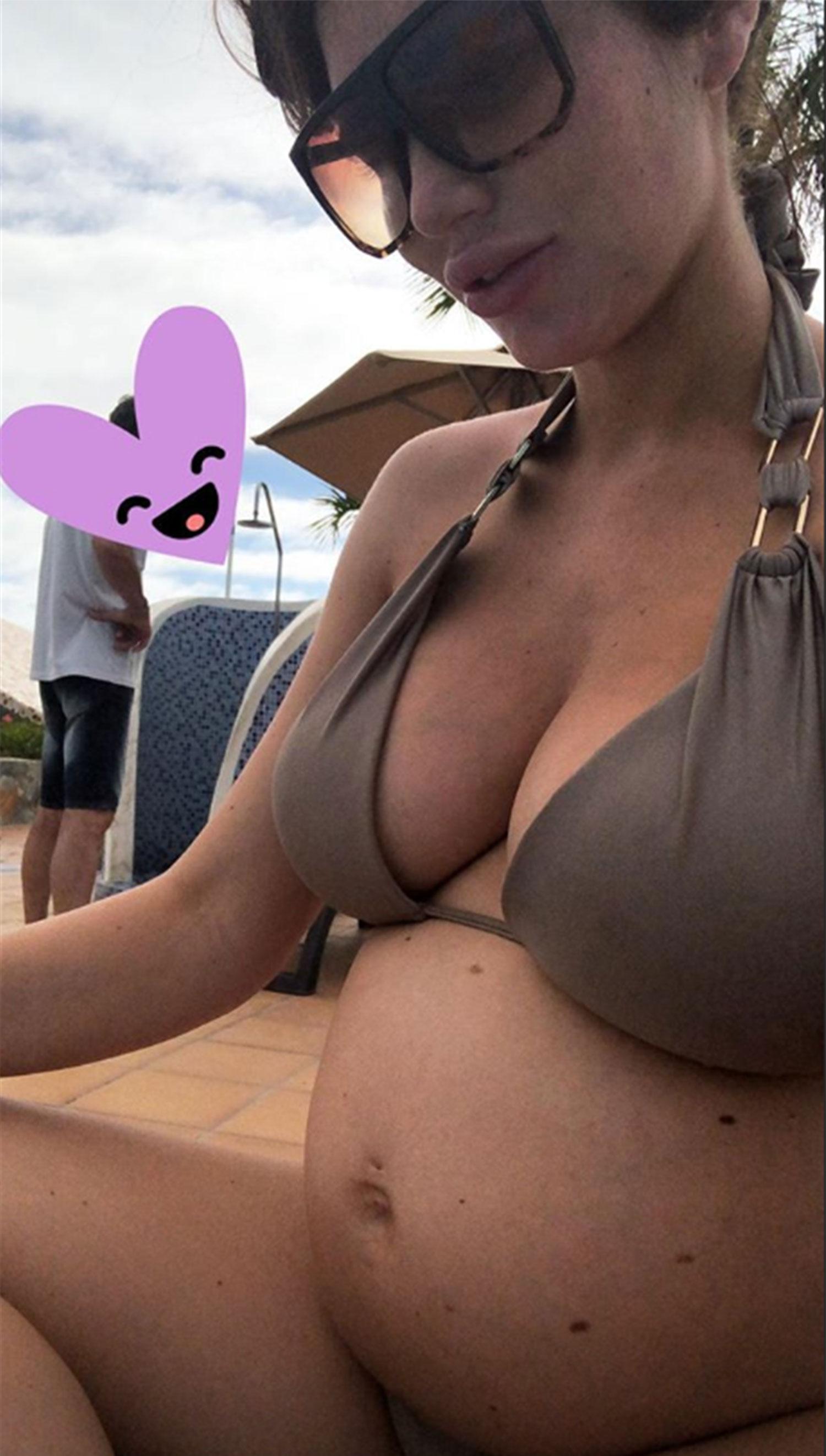 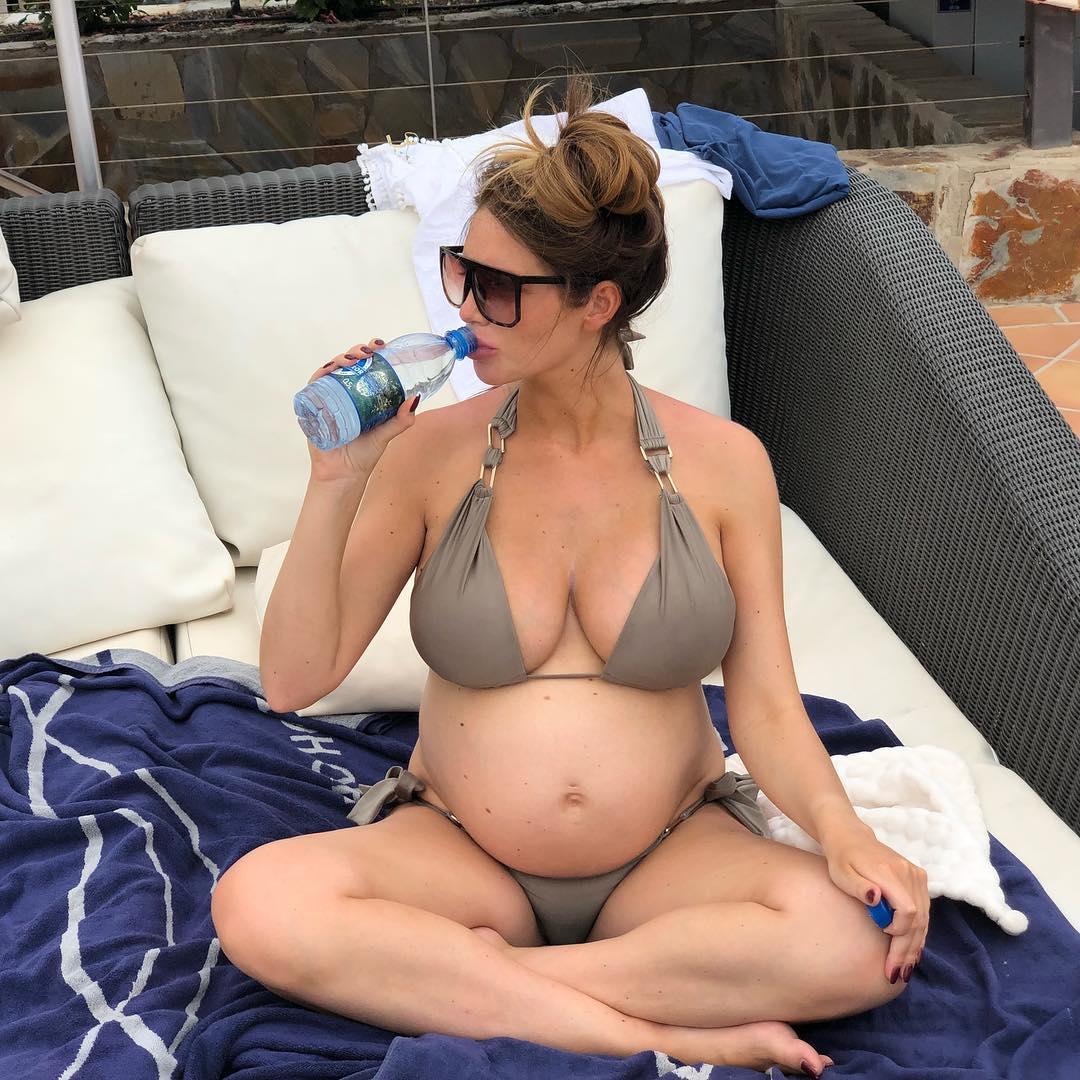 Amy had kept her romance with "secret" boyfriend Ritchie private before she made the bombshell announcement this year that she was pregnant again.

She said she won't rush into marriage with Ritchie despite the shock of finding out she's pregnant.

She said of her private romance with Ritchie: "It’s so refreshing to be with someone like that.

"I’ve had boyfriends who’ve been fame hungry, so it’s nice to keep it separate."

When asked whether marriage was on the cards she said: "We’ve got the baby coming first, so I’ll let you know after that.