The actress, 35, looked positively blooming as she ran errands ahead of the arrival of her bundle of joy. 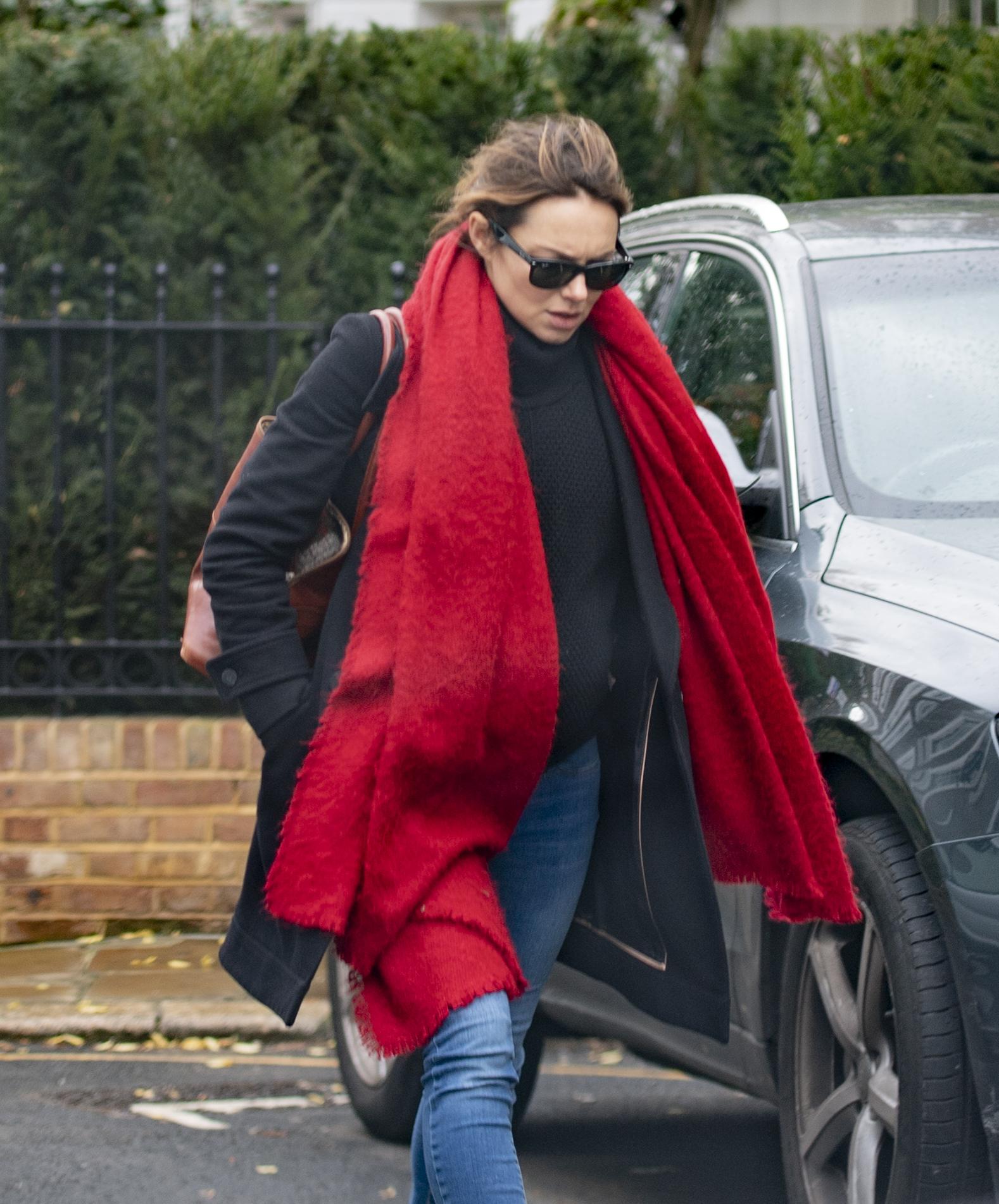 Kara opted for comfort in jeans and a black polo neck as she braved the cold in London.

The expectant mum wrapped her bump up warmly with an oversized red scarf as her due date creeps up.

And the former EastEnders actor, who played Dawn Swann in the soap, finished off the casual but chic look with a large pair of sunnies and her hair scraped into an up 'do.

Practical Kara squeezed in some last minute errands before she has her hands full with a newborn. 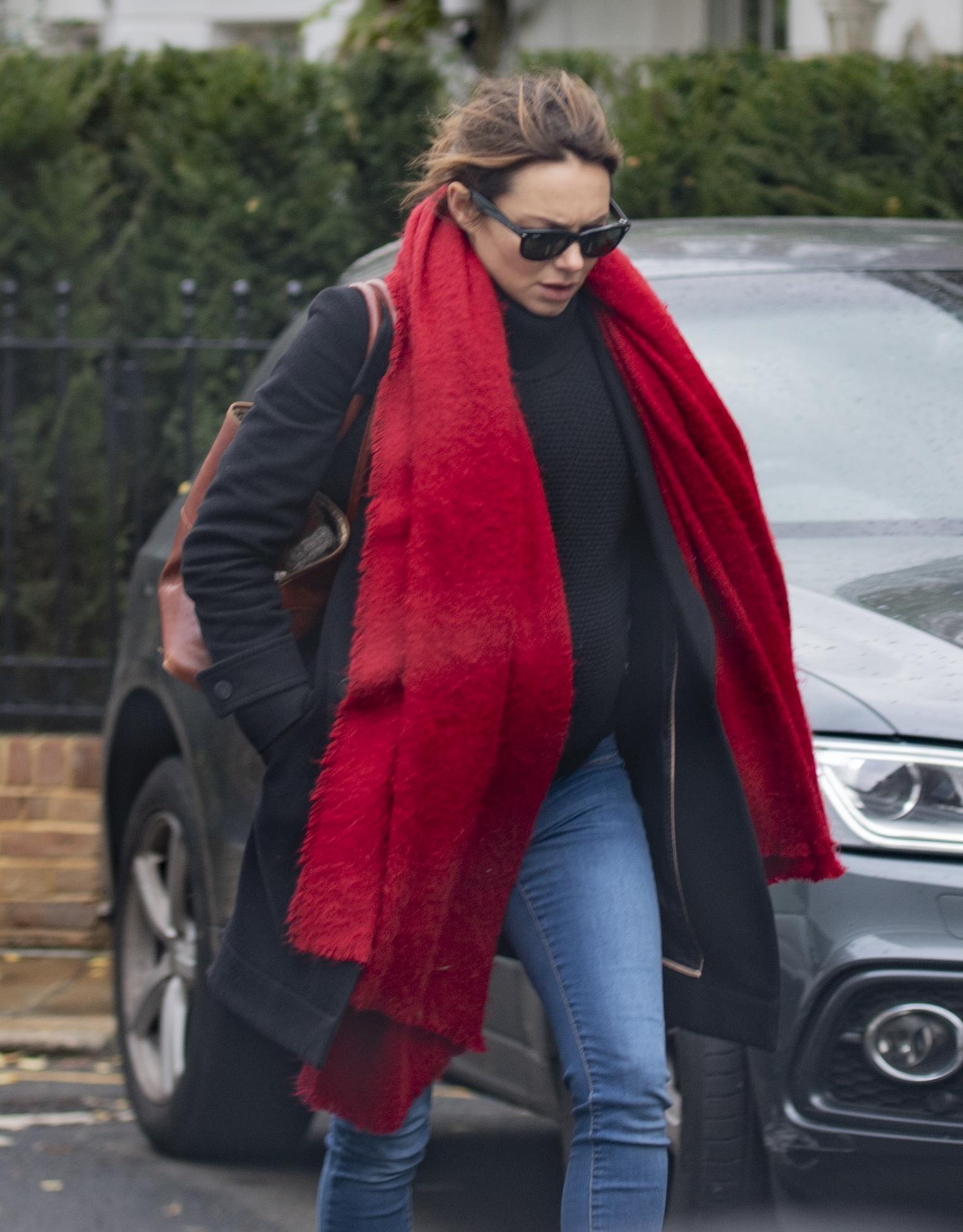 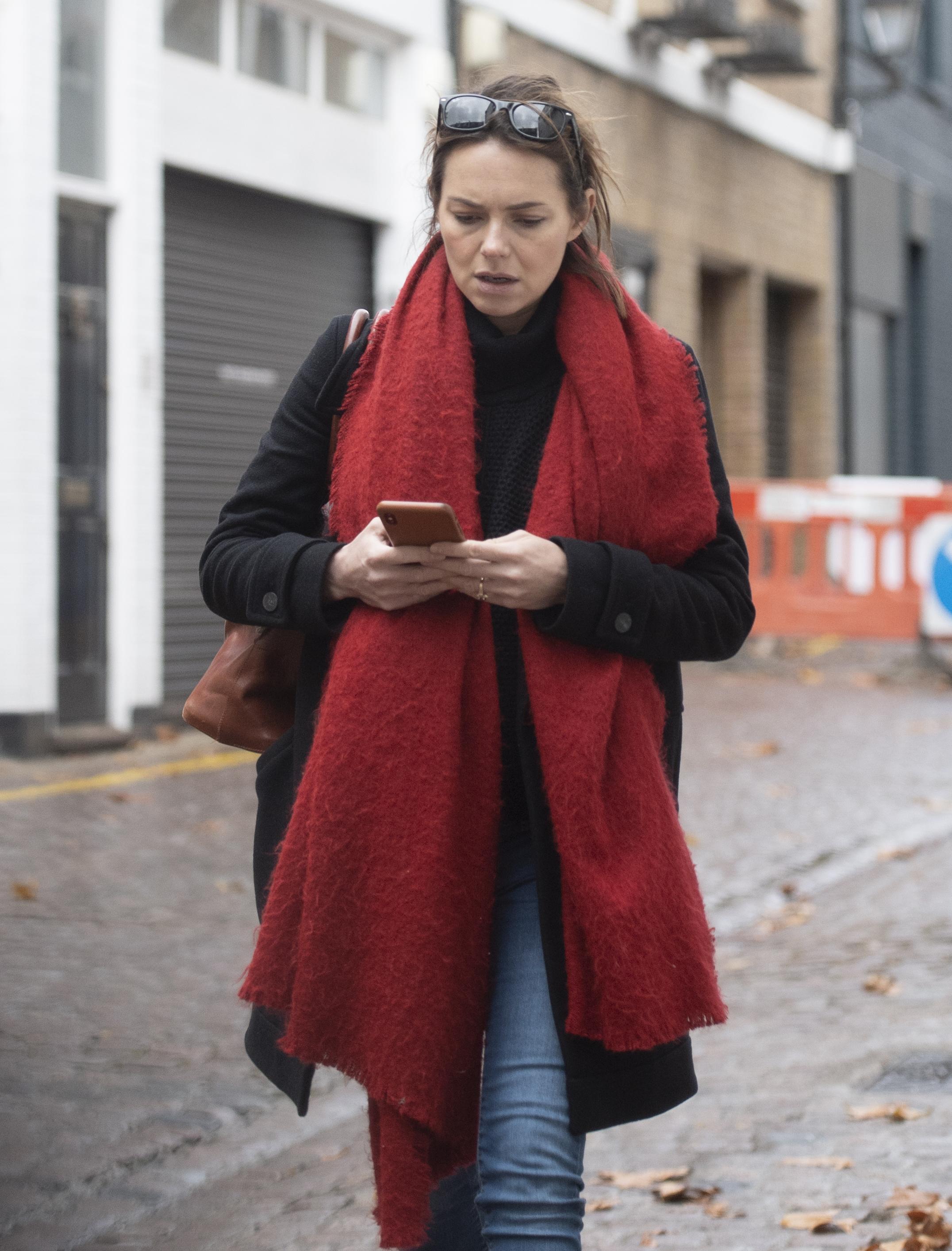 Just last month the actress revealed that she was only three weeks away from giving birth so she's due any day now.

In August, Kara debuted her baby bump but kept quiet after fans speculated she could be expecting.

In October she spoke to HELLO! Magazine about her baby news and said she’s never been happier with her fiancé Marius Jensen.

Kara said: “It is the biggest life-changing moment when you have this little human being coming into your life that you are yet to meet.

“For me it was always about meeting the person that you know is the one you want to share this experience with. 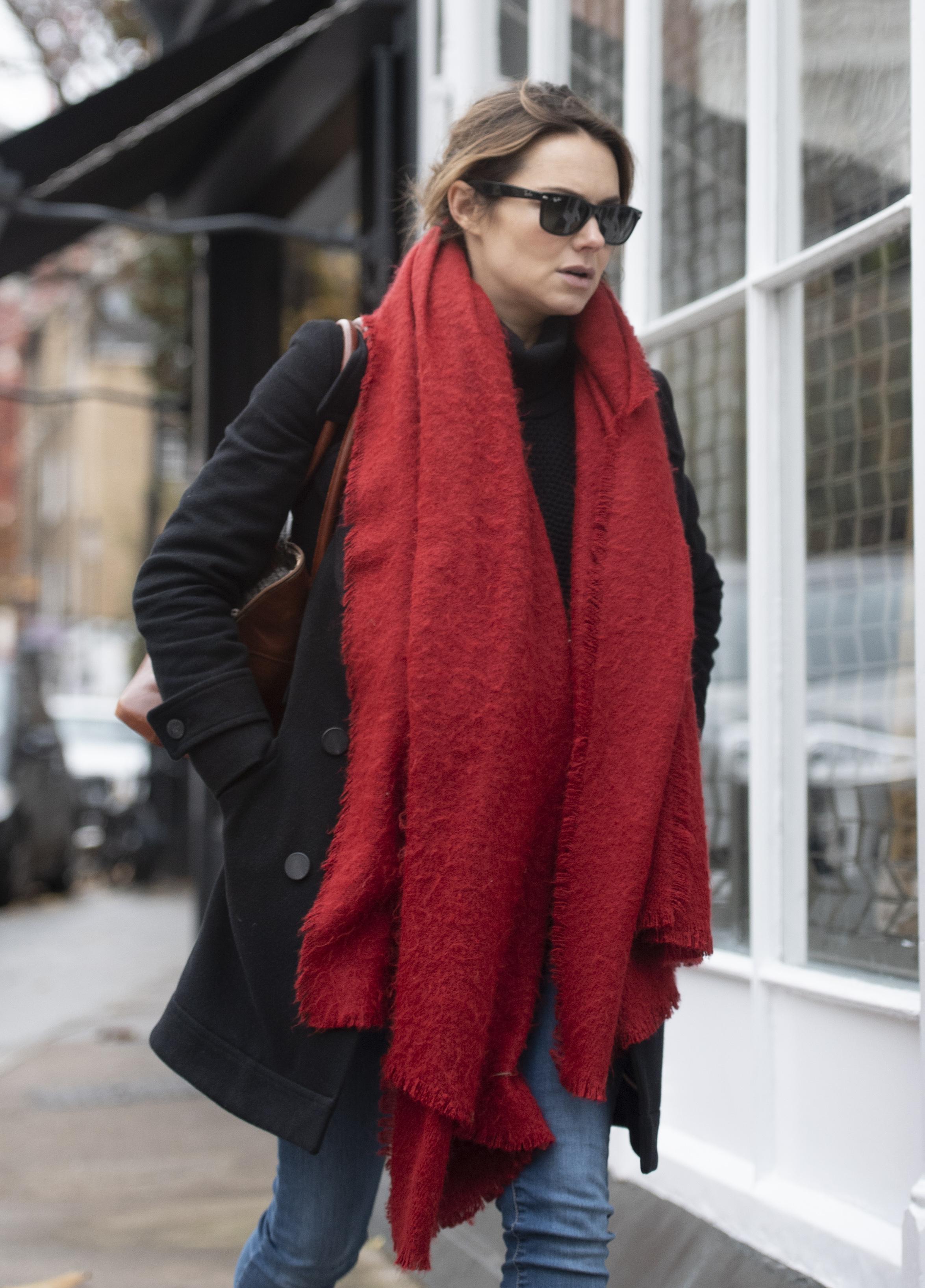 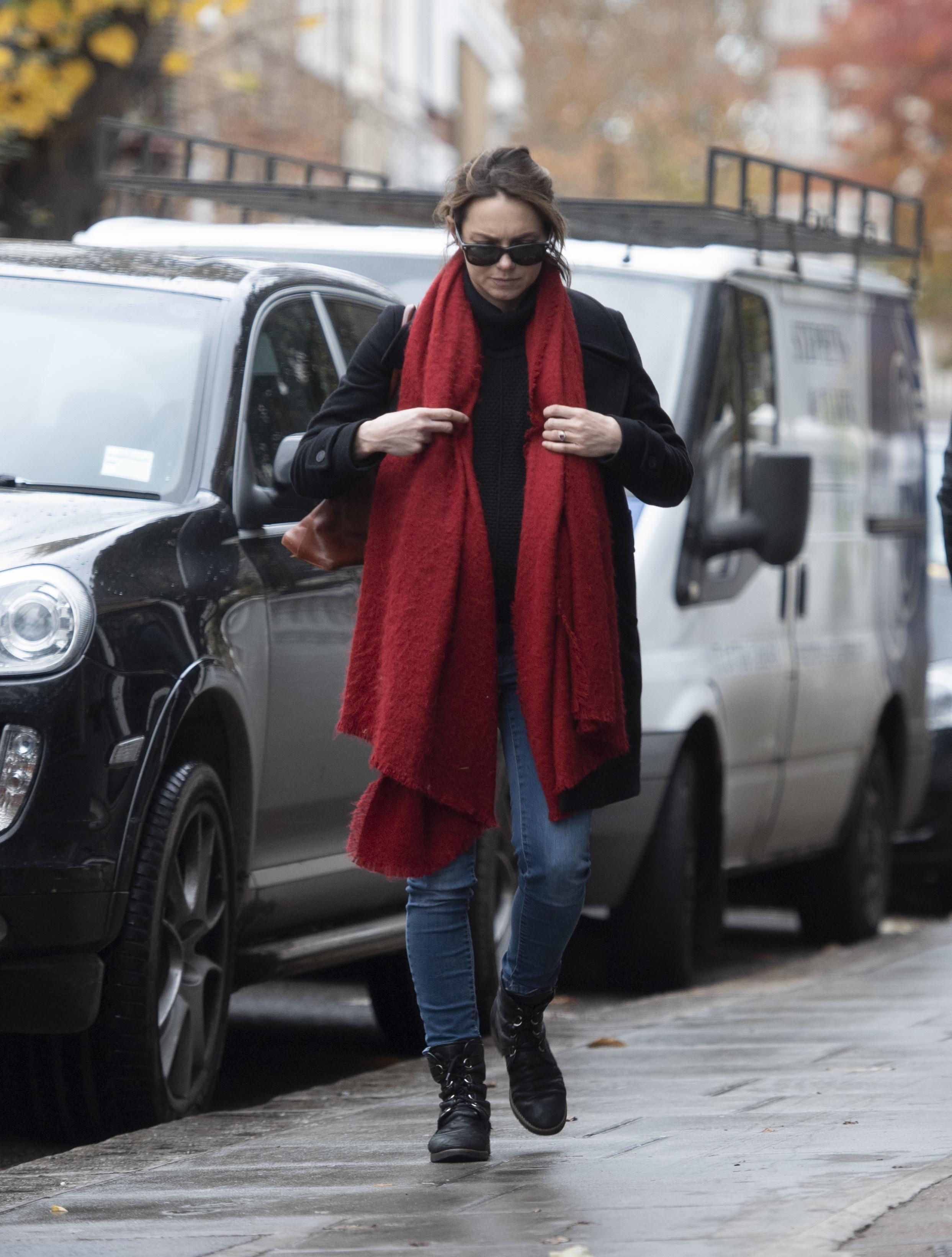 “Marius and I said: ‘If it happens, we are ready, but we won’t plan,' and then it happened quite quickly.”

The chiropractor popped the question to 35-year-old Kara in bed at their home in West London.

Marius admitted he had wanted to pop the question on a beach in India during a holiday they were planning but couldn’t keep the secret any longer.

The Norwegian born 34-year-old asked Kara to be his wife with a beautiful vintage ruby-and-diamond Bavarian engagement ring. 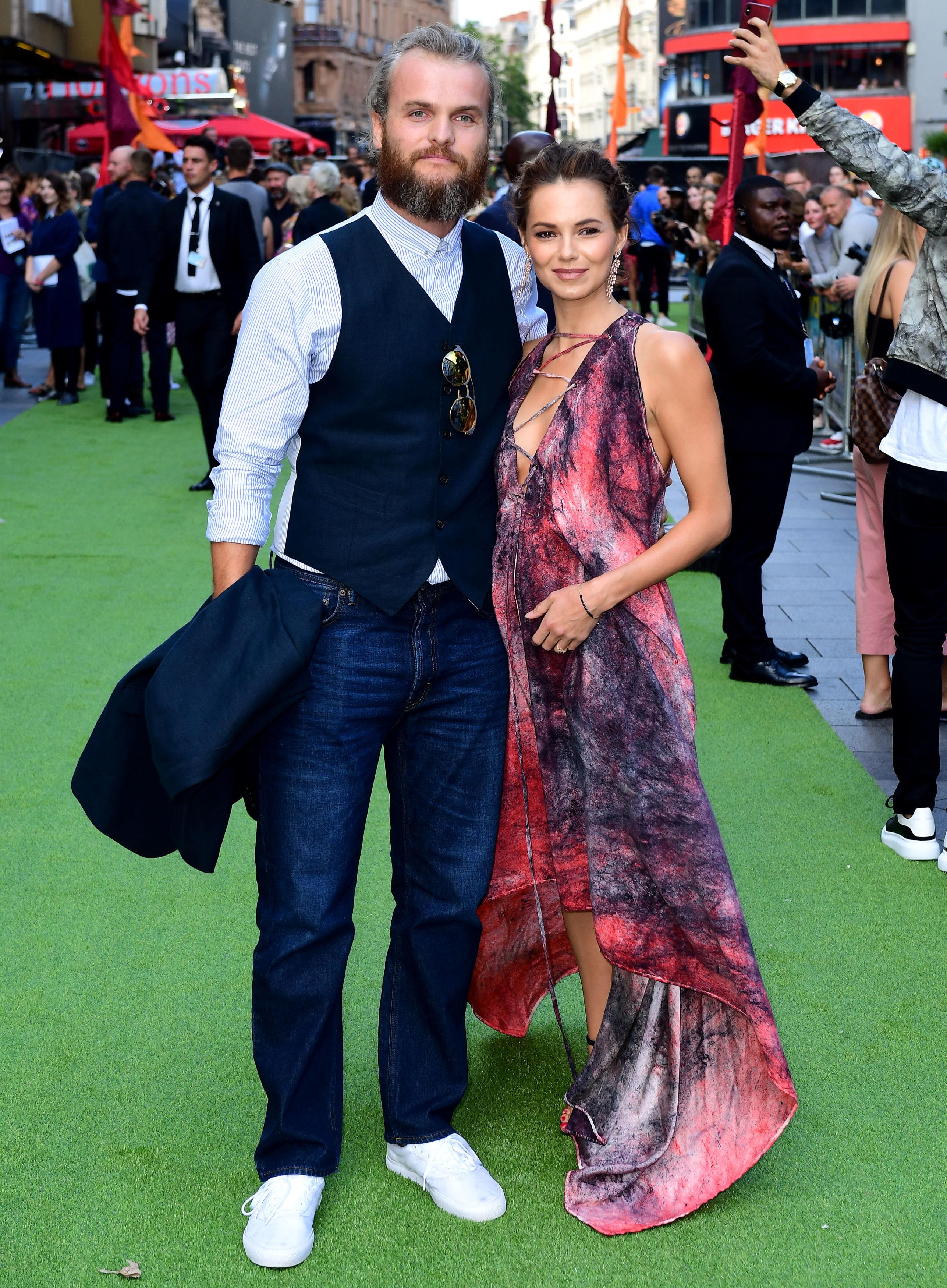 Speaking about the moment he proposed, Kara explained: “We were having a lie-in and I had no idea he was planning to propose.

“It was so perfect as I am not someone who likes big moments, and it was just very Marius.

“He says it as he feels it. It was very lovely, very relaxed.”