MISSE Beqiri showed off her blooming baby bump in a white bikini, days after confirming her pregnancy.

The ex-Real Housewives Of Cheshire looked stunning in the two piece as she soaked up the sun by the sea on holiday. 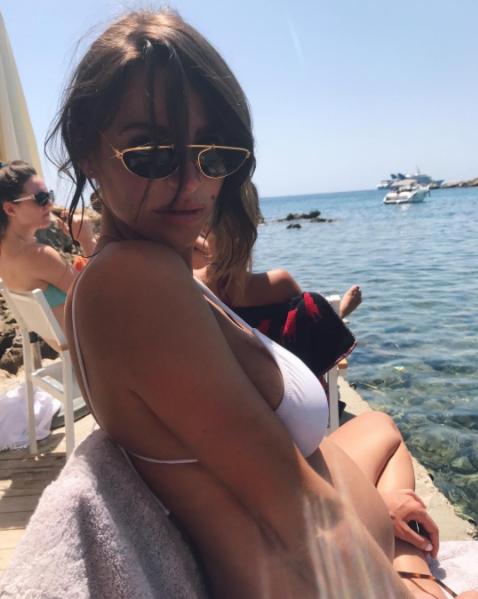 The 29-year-old, who is going out with Towie's Jake Hall, announced her pregnancy earlier this week by posting a black and white snap of Jake kissing her stomach.

She has also been sunning herself in Spain and was spotted taking a dip in a black maternity swimming costume.

Since revealing her pregnancy, the reality star couple have been posting a slew of snaps on social media.

The Swedish-Albanian uploaded a pic of herself perched on some rocks wearing a sun hat, with her bare baby belly on view.

The brunette socialite captioned the snap: "Words can't express our happiness. My angel, I can't wait to meet you." 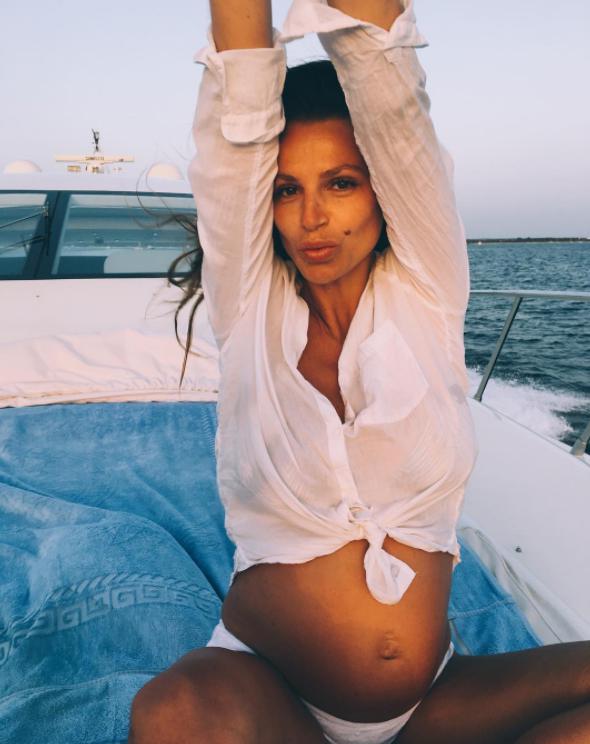 Jake was the first to confirm the news, posting on Instagram:  “My world is complete. I can’t wait to meet you, boy or girl.”

Rumours had been circulating for months that Misse was expecting and the couple were thrilled to announce the happy news. 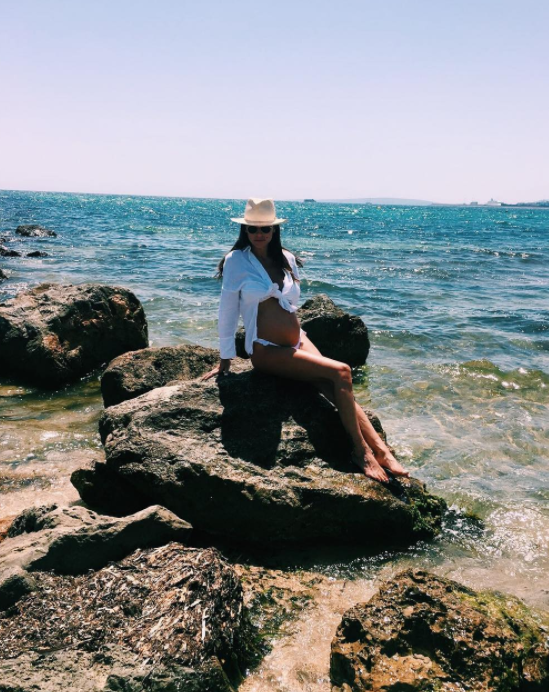 most read in tv and showbiz

Jake – who used to date Chloe Lewis – and Misse have been dating officially for nine months.

Misse won't be featuring on the next Real Housewives series due to her pregnancy and modelling work, and her co-starts like Dawn Ward are very sad about it.

Misse said in a statement in April: “I’m gone for good. It’s devastating but everything has to have its end. I’m moving on and have my life with Jake in London.

“I also have some really interesting work coming up that I still can’t talk about.”

Jake and Misse's baby is expected to arrive early in 2018, around the same time as Ferne McCann's.