'RHOC': Is Braunwyn Windham-Burke Feuding With Some of the Cast?

After confronting speculation of trouble at home, Braunwyn Windham-Burke from The Real Housewives of Orange County may possibly be facing trouble with some of her castmates. 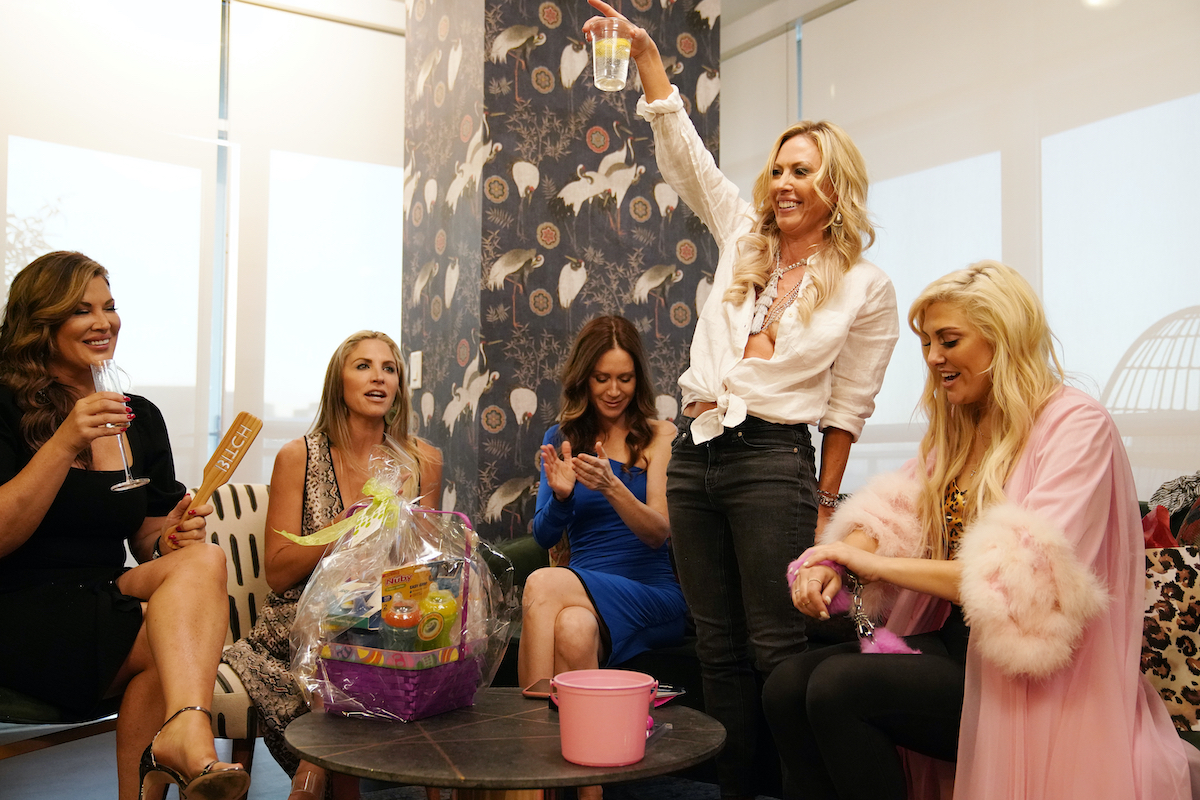 Bravo hints of trouble between Windham-Burke and some cast members. “As she opens up to the women about her past, she finds a common bond with new housewife Elizabeth, yet struggles to see eye to eye with some of the other ladies over her participation in local protests and her political views. And when the ladies learn that Braunwyn’s friend Shari has moved in, they begin to question her choices.”

Braunwyn Windham-Burke and Gina Kirschenheiter are definitely at war

The season 15 trailer shows that Windham-Burke has a few confrontations with Beador and Kirschenheiter. “This is one of those things you think is gonna turn out okay,” Windham-Burke says about the season. “It got so much worse.”

Beador confronts Windham-Burke during a party. “This is my party, how dare you,” Beador says.

“These women are horrible,” Windham-Burke is seen in tears telling her husband. “They lie to each other all the time!”

An unfollow on Instagram is likely the least of Windham-Burke’s worries. Her daughter Rowan lashed out on social media, sharing photos and the caption, “F*ck. You. Mom.” Later, Rowan deleted the comment.

Windham-Burke asked for privacy on social media sharing she was dealing with “challenging circumstances.” Adding, “We will share with you more when the time is right. We kindly ask for your grace and kindness, and thank everyone for their support.”

Another post fueled further speculation that Windham-Burke and her husband were dealing with marital issues. “It [coparenting] doesn’t have to suck. It won’t feel like this forever. You just need some perspective … Knowing what to expect will save your sanity,” she shared in a deleted Instagram post. She also shared a zoom invite with divorce specialist Michelle Dempsey. Better Blankets: Switch to These Down Alternative Duvets for Year-Round Coziness