Rick and Morty will be returning for season five later this year. Series four came to a surprising end back in May, leaving viewers questioning the identity of Beth Smith. Another episode, however, hinted just how many series there will be of Rick and Morty.

WARNING: This article contains spoilers from Rick and Morty.

Fans who are aware of co-creator Dan Harmon’s writing style will know he usually abides by the “story circle” when writing episodes.

The basic formula of a story circle sees a character starting off in their comfort zone, wanting something and then getting into an uncomfortable position to try and get whatever it is they desire.

They then adjust to the situation, get what they wanted but then pay a heavy price for it and return to normal, having been changed by the experience. 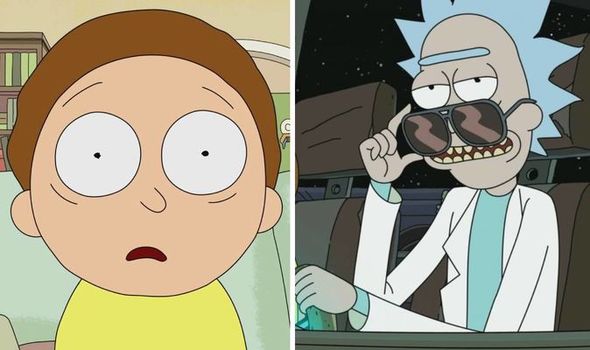 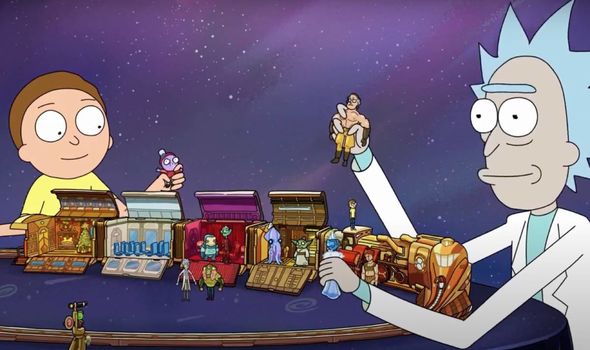 Harmon said: “Start thinking of as many of your favourite movies as you can, and see if they apply to this pattern.

“Get used to the idea that stories follow that pattern of descent and return, diving and emerging.

“Demystify it. See it everywhere. Realise that it’s hardwired into your nervous system, and trust that in a vacuum, raised by wolves, your stories would follow this pattern.”

But instead of the episode’s Story Train representing one character, one fan believes it represents the series as a whole. 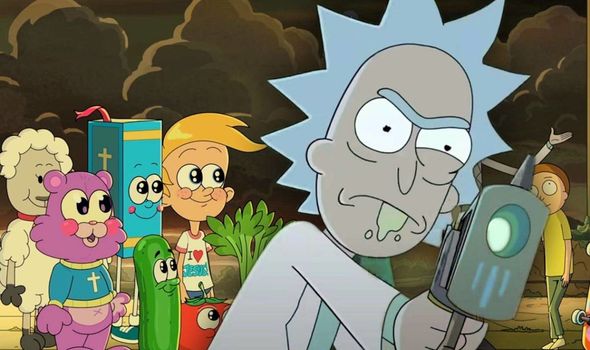 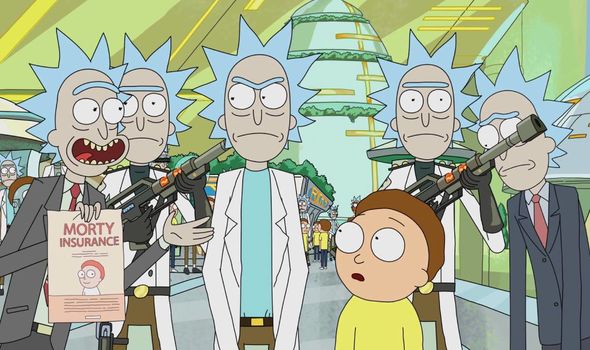 Will Rick and Morty end after season 8?

One Reddit user called Bojack Horseman explained: “Dan Harmon uses his story circle to plot his episode stories but I’ve long suspected he’s writing the full narrative of all the seasons around the story circle.

“I spotted it in season three when I noticed the character arcs were matching the story circle points.

“This would mean R&M would be eight seasons long.

“Now the S4E6 confirms this, even pointing to a diagram of the train (which is in the shape of a circle) he [Rick] said they’re in carriage four (season four)…and then makes another meta joke about wanting to return in seven before getting off at eight”.

The user went on to conclude: “R&M is going to be eight seasons long.”

However, there is a detail which could ruin this theory altogether.

In 2018, the creators of Rick and Morty signed a 70-episode renewal deal with Adult Swim.

Following season four which contained 10 episodes, there are 60 episodes left as part of this deal.

If the writers do stick to 10 episodes per series, this would take us up to nine

Plus, when this original deal does end, this doesn’t necessarily mean Rick and Morty won’t be renewed again for more seasons.

Rick and Morty will be back for season five this year.

The creators have been hard at work during the lockdown, creating the new episodes for the latest season.

Harmon even revealed that work had already begun on series six.

A release date has not yet been announced for series five.

Rick and Morty is available to watch on Adult Swim. Dublin: Bodies of a woman and two children found at a house
Celebrities Posts