But the ex-England footballer couldn’t resist making a joke about pooing in the woods on Instagram. 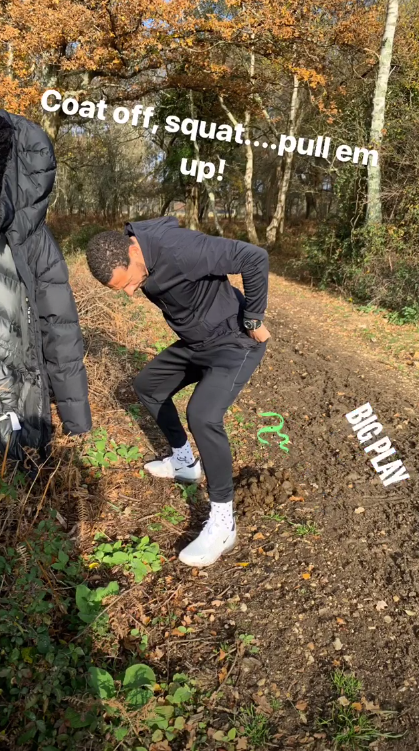 He posted: “Coat off, squat, pull em up” (sic) as he posed next to a pile of horse poo.

In another post he wrote: “Saturday family time… 2 kids horse riding… us 3 dodging the horse [poo]”.

This was alongside a photo of wife-to-be Kate as she walked through the woods with his son.

In the distance, Rio’s son and daughter are seen on horseback with a riding instructor. 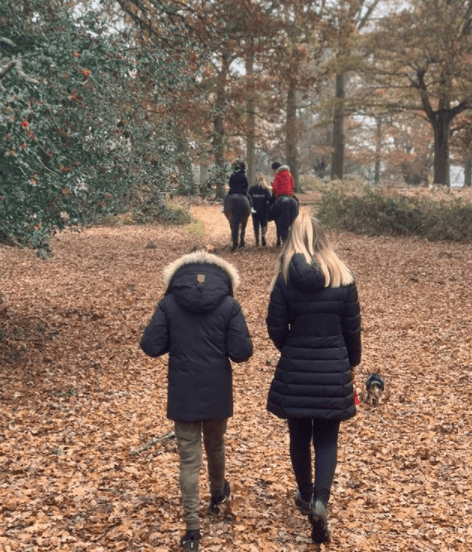 Kate's ex boyfriend Dan Edgar recently insisted that he's over her after she and Rio got engaged.

Sunday’s episode of the ITVBe show saw the reality hunk and girlfriend Amber Turner almost break up which was said to be caused by his ex’s engagement to former footballer Rio Ferdinand.

But he denied it was about the pundit popping the question and insisted he has no feelings for her despite saying he always would.

Speaking at Peter André’s luxury bed collection A By Andre launch last night, Dan told the Sun: “It’s nothing to do with that.

"That happened a long time ago. It was literally a few things with our relationship.”

Asked if he still had feelings for her, he replied: “That comment was from a long time ago. I can’t remember when I said that. I haven’t said it recently. But that’s in the past. I’m with Amber and I’m happy with her.”

Dan also admitted he hadn’t contacted Kate to congratulate her on her happy news having dated her on and off for six years before splitting in 2016.

Sun Online Showbiz previously revealed that Kate shared a photo of Rio as a cute kid for his 40th birthday celebrations.