Roy Moore, the former US Senate candidate from Alabama, has filed a $US95 million ($132 million) defamation lawsuit against Sacha Baron Cohen, claiming he was duped into appearing on the British comedian's Showtime series Who Is America? and falsely portrayed as a sex offender.

Moore, a Republican and former chief justice of Alabama's Supreme Court, also sued Showtime and its parent CBS Corp for defamation, and accused all three defendants of fraud and intentional infliction of emotional distress.

Baron Cohen's representatives did not immediately respond to a request for comment. A Showtime spokeswoman said the network does not comment on pending litigation.

The lawsuit arose from a July 29 broadcast where Baron Cohen, disguised as fictional Israeli anti-terrorism expert Erran Morad, interviewed Moore and demonstrated a supposed "paedophile detector" that beeped when waved near him. 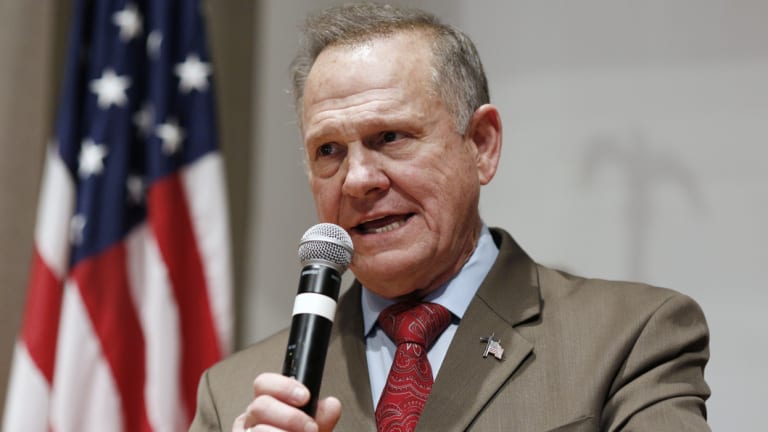 Moore, 71, whose wife Kayla is also a plaintiff, said he had been lured to Washington, D.C. on the pretense he would receive an award for his support of Israel, and would not have met Baron Cohen had he known what was planned.

After the beep, he told Baron Cohen: "I support Israel. I don't support this kind of stuff," and walked out.

"This false and fraudulent portrayal and mocking of Judge Moore as a sex offender… has severely harmed Judge Moore's reputation and caused him, Mrs. Moore, and his entire family severe emotional distress, as well as caused and will cause plaintiffs financial damage," the complaint said. 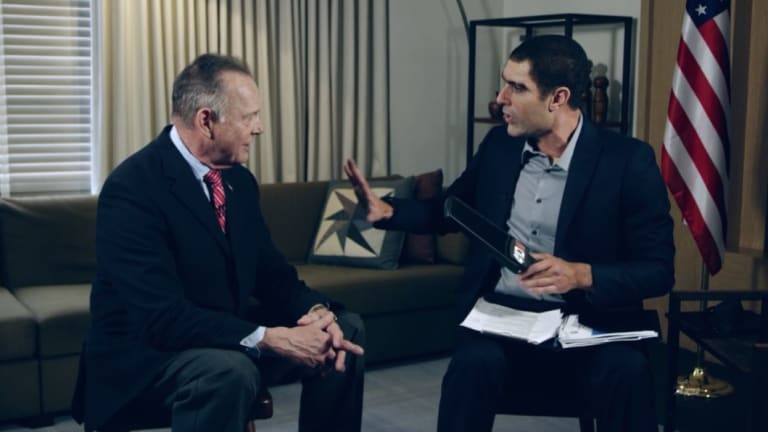 Roy Moore on This is America.

Running in heavily Republican Alabama, Moore lost his Senate race last December to Democrat Doug Jones after being accused of sexual misconduct toward female teenagers while in his 30s. Moore has denied wrongdoing.

The lawsuit was filed in the Washington, D.C. federal court.

Larry Klayman, a conservative lawyer representing Moore, in a statement called his client "a man of great faith, morality and intellect," and said the defendants will be held legally accountable for Baron Cohen's conduct.

Baron Cohen, 46, is known for portraying characters like Ali G, Bruno and Borat Sagdiyev whose interactions with people, who do not realise they are serving as foils, often result in their revealing more of themselves than they anticipate.

His sketches have gotten him in legal hot water before, including when two former college fraternity students claimed they were duped while drunk into appearing in his 2006 film Borat! Cultural Learnings of America for Make Benefit Glorious Nation of Kazakhstan. That case was dismissed in 2007.