Snowpiercer catapulted TNT and Netflix UK viewers into a brand new world just a few weeks ago, as they witnessed detective Andre Layton (played by Daveed Diggs) ripped of his lower-class status and propelled into a mysterious murder case higher up in the Snowpiercer train. While Andre has struggled to deal with the strange classist issues that have fallen upon his lap, viewers have become convinced something is wrong with the train.

Over the course of the first few episodes of Snowpiercer, fans have seen a number of characters already bow out of the series.

The Tail’s much-loved resident Old Ivan (Mark Margolis) tragically took his own life in the pilot while former army man Erik (Matt Murray) also met a grisly end when he was exposed as the train’s murderer.

Another massive threat towards the train’s inhabitants, however, came from outside the vessel.

As the train was shown speeding along the tracks, it fell victim to an unexpected avalanche which ended up smashing the windows in the train’s cattle sector.

This, of course, is essentially a death sentence, as the outside world has been reduced to a brutal cold that will freeze humans almost instantly.

With this in mind, fans have begun questioning the point of putting glass windows in the climate-defeating Snowpiercer train. 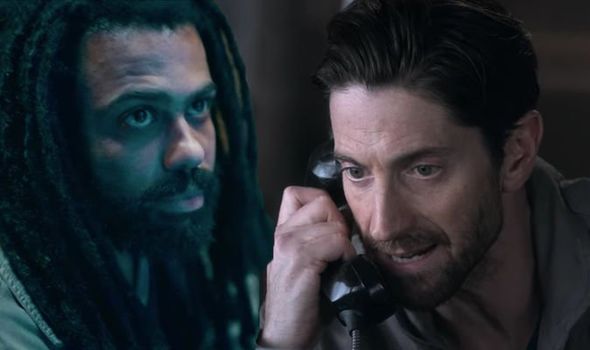 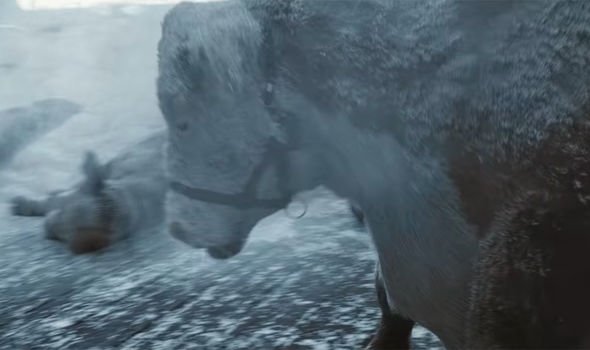 Speaking out about this issue Reddit user EveSilver asked: “Why are the windows made of glass?

“This really confuses me. When windows in the cattle car broke this seemed like a very poor design choice.”

The fan went on to add: “Or maybe a very convenient plot device.”

Many viewers debated the point of these windows, with one suggesting the train was originally a luxury experience and the windows were for its residents to see the outside world. 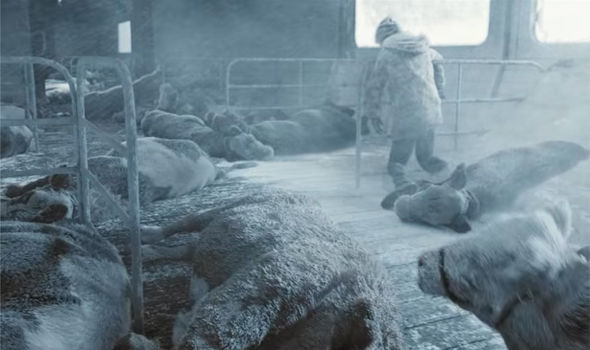 They wrote: “Because the train was originally built as a luxury cruise line and how else could the fabulously wealthy see the vistas?

“It was only later that the train got retrofitted as the ark.”

Despite this seemingly sound logic, the same viewers went on to add that the glass breaking may have been an extremely odd circumstance, as they added: “To be fair though, that was some pretty heavy-duty glass.

“A bolt gun only cracked it. It was just bad luck that a full force avalanche slammed into it right afterward.

“You’ll notice that all the other windows the avalanche hit were perfectly fine. In fact, they make it seem like avalanches hitting the train are a normal occurrence.”

As far as viewers know, this is the first instance of the windows being broken during the journey.

This may mean the windows are particularly sturdy- as mentioned – but it may also have been a freak accident.

Either way, it certainly does seem like an odd decision to place windows on the seemingly indestructible train, especially if made from something as fragile as glass.

Another perplexing part of the show has been the whereabouts of Mr Wilford.

Reddit user Itscomplicated555 suggested: “My theory is that the original Mr. Wilford is in the Drawers. Maybe something happened to him and they put him suspended in the drawer until they could find a cure.”

The fan continued: “Only a few people know – Melanie, the Drawer doctor, maybe the other train engineers. That is why Melanie is so worried about the experiments of getting people back out of the Drawers.”