We’ve all see movie trailers that gave away the entire film’s plot – we’ve got a list of the worst offenders right here for you – but it looks like Sony Pictures has now gone one better, and accidentally uploaded the entire film, instead of the trailer.

Khali the Killer tells the story of a hit man who has decided to retire take on one last job, which is soon complication by the fact that he starts to develop empathy for one of his targets.

And those who were quick enough managed to watch the full hour-and-a-half runtime of the movie for free this week after Sony Pictures uploaded the film to YouTube under the video title ‘Khali the Killer: Official Red Band Trailer’. 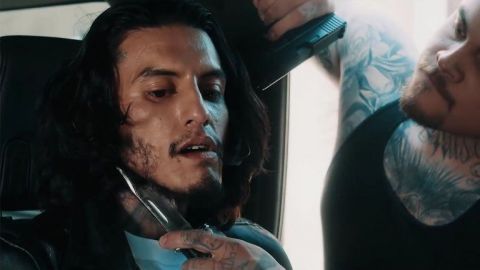 The film was online for about eight hours (via CBR) before Sony Pictures took it down again, and it managed to clock up 11,000 views in that time too.

It didn’t take long for people to start to notice the mistake, and they soon turned to Twitter to discuss the move, with some people finding the mix-up hilarious, and others leaning towards the idea that it was all just one big marketing stunt:

The film was originally released in Germany last year, but if you managed to miss the free show you can find out what you were missing by buying the film on iTunes, Amazon and, funnily enough, YouTube now.