Spoilers: Keegan's exit storyline revealed in EastEnders as Keanu gets in touch? 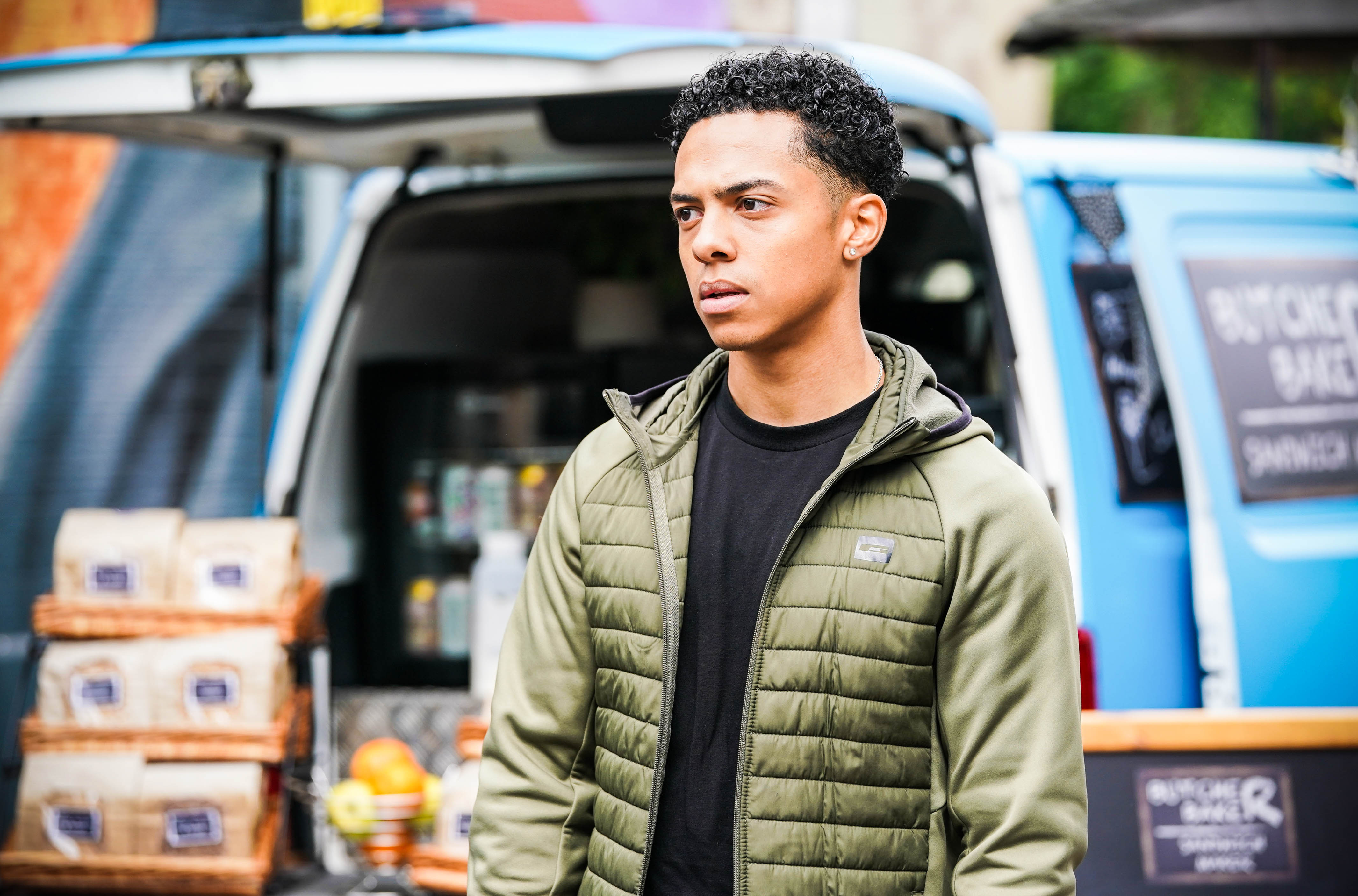 As Rainie’s (Tanya Franks) stresses escalate, Keegan and Bernie (Clair Norris) ask her to do a drugs test but she panics, telling them she took a sleeping tablet the night before.

Rainie then bumps into Sandy (Martha Cope) and as Bernie watches from afar, she’s convinced their exchange looks like a drug deal.

As Bernie expresses her concerns to Karen (Lorraine Stanley), Keegan joins and reveals he has spoken to Keanu, who said he could stay with him for a while.

Despite knowing his brother needs to get out of Walford, Bernie gives Keegan food for thought, asking if he should be leaving if he’s worrying about Tiffany.

Could we be saying goodbye to Keegan soon?

After sleeping with Dotty (Milly Zero), Keegan’s relationship with Tiffany is strained, but could a break from each other allow them to realise if they definitely want to get back together?