Spoilers: Mandy resorts to murder to rescue Paul in Emmerdale? 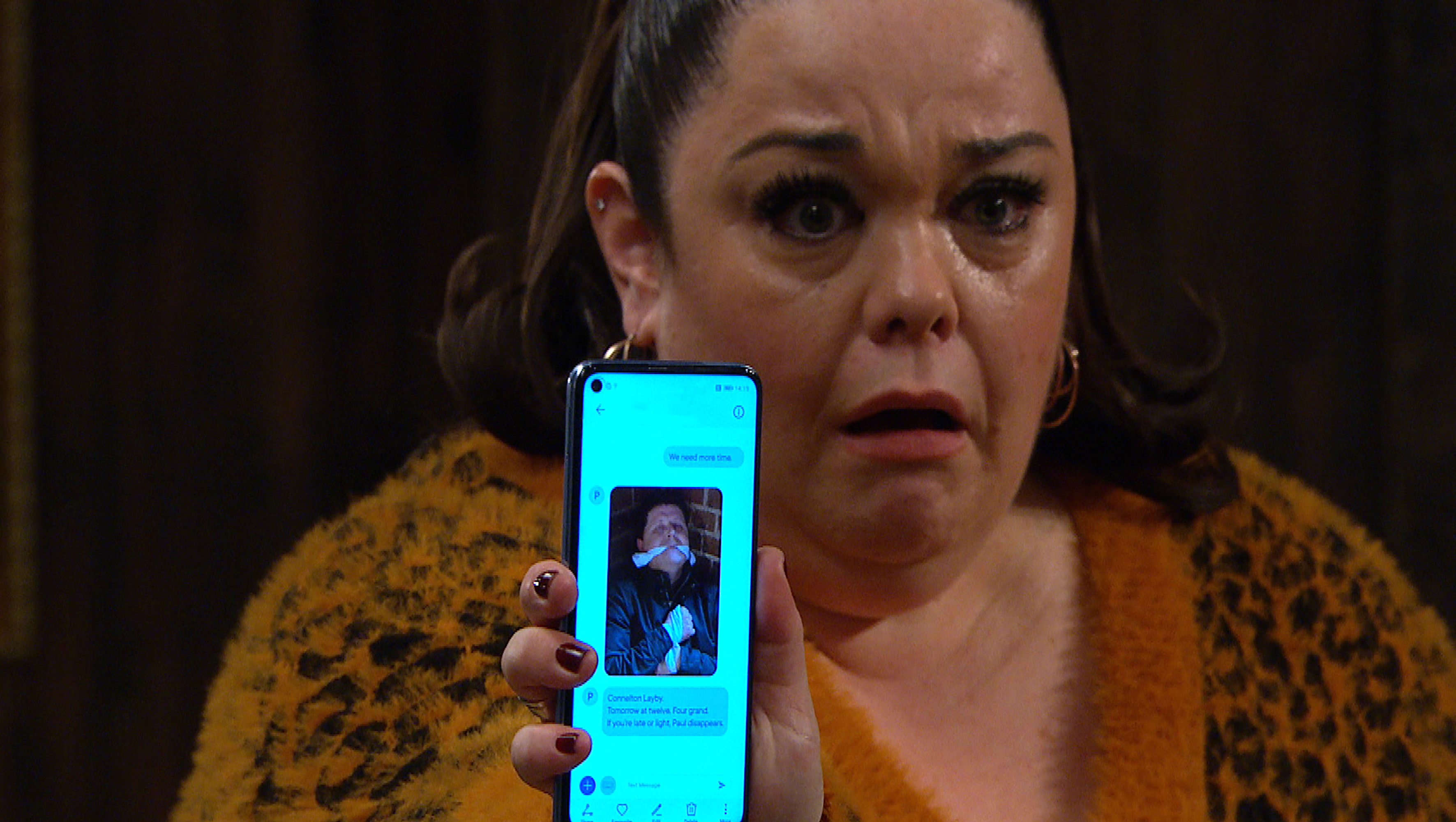 Mandy (Lisa Riley) in Emmerdale proved herself worthy of the Dingle name in tonight’s episode (February 16) as she vowed to save Paul Ashdale (Reece Dinsdale) following his kidnap.

After Connor (Danny Cunningham) told Paul he had to pay his debts, he kidnapped Paul in front of Mandy and bundled him into the back of a van. Mandy then received a message, telling her to find £4k if she ever wanted to see Paul alive again.

Tonight, Mandy asked the Dingles to lend her money but one, slightly massive problem? No one had any money to spare.

Mandy refused to call the police to try and help Paul, knowing police involvement could only lead to further disaster, but once Vinny (Bradley Johnson) discovered what was going on — and that his mum hadn’t called the police — he was shocked.

Sam (James Hooton) and Lydia (Karen Blick) waited for Mandy, mentioning how she always has a plan in the end, only to see her walking towards them with a cricket bat in hand.

Mandy explained how she doesn’t want to lose Paul, and if she can’t find the money in time, using the cricket bat will be her back-up plan.

Could Mandy murder Paul’s kidnappers in order to get him back?