'Star Wars': How 2 Lines from the Original Film Inspired 'Rogue One'

Rogue One: A Star Wars Story was a groundbreaking film for the Star Wars franchise. It proved audiences were willing to watch Star Wars films disconnected from the main saga. It also helped to explain elements of the original Star Wars film which fans had wondered about for many years.

Because Rogue One is a prequel to Star Wars: Episode IV – A New Hope, Rogue One had to take some influence from the earlier film. It took inspiration from A New Hope in an unexpected way. Here’s how a sentence from A New Hope led to the impetus for Rogue One. 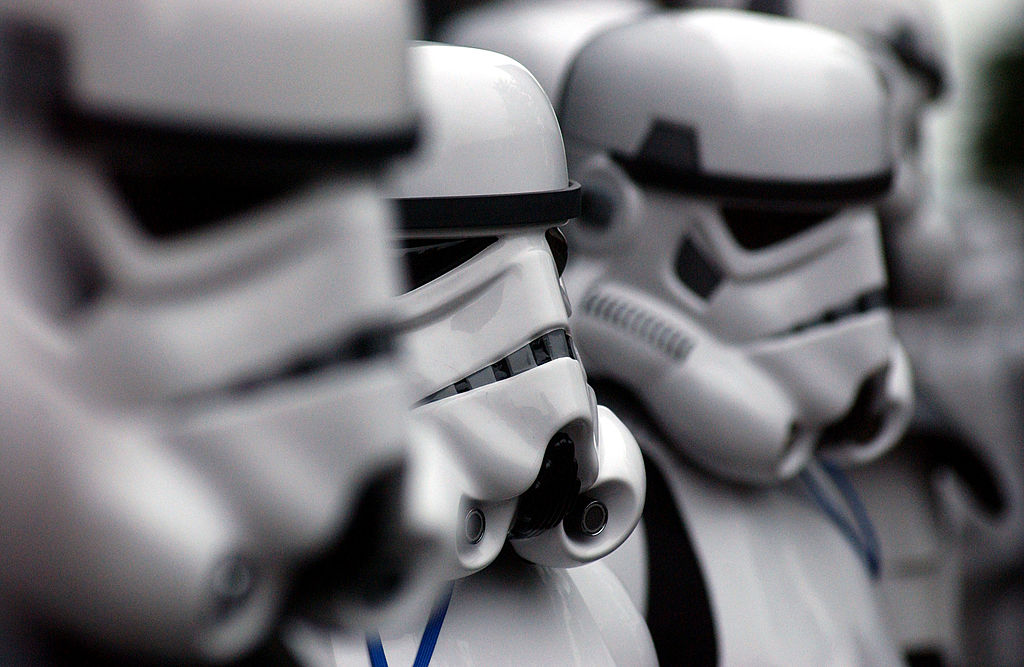 How an idea for a TV episode became ‘Rogue One: A Star Wars Story’

One of the most iconic scenes in A New Hope is the opening crawl. The crawl explains the bare minimum of the backstory necessary to understand the film. It also helps to make the Star Wars universe feel expansive and grand. It would later profoundly influence Rogue One.

Knoll had the amazing opportunity to work on the special effects for the prequel trilogy. After Star Wars: Episode III – Revenge of the Sith, he heard a new Star Wars television series was in development. Then, he had an interesting idea for an episode.

How the opening crawl inspired ‘Rogue One: A Star Wars Story’

He thought of the lines from A New Hope’s opening crawl. Specifically, he thought if the lines “ . . . Rebel spaceships, striking from a hidden base, have won their first victory against the evil Galactic Empire. During the battle, Rebel spies managed to steal secret plans to the Empire’s ultimate weapon, the DEATH STAR . . . . ”

The idea of a story about the rebels stealing the Death Star plans intrigued him. He wanted to create an action-packed adventure that centered on the concept. “Imagine a Mission: Impossible-style spy or infiltration mission into the core, the very heart of the Empire’s military industrial complex, the most secure facility in the Empire. You have a small band of experts with complementary skills who, together, are able to do these amazing things.”

As a father of three daughters, Knoll wanted the protagonist of the story to be female. This idea lead to the creation of the character Jyn Erso. However, the proposed television series never materialized and the episode was never filmed.

‘Rogue One: A Star Wars Story’ becomes a reality

Years later, Kathleen Kennedy became the head of Lucasfilm. On a company retreat, Knoll pitched the idea to her as a movie. Kathleen was initially sick of hearing Lucasfilm employees give her movie ideas, but this was different.

Kathleen was receptive. She found this pitch different from many others she had heard. “You hear a lot of pitches, and they are pretty convoluted. When you hear something that at its core is a simple but big idea—that is really rare.” Knoll’s idea became a blockbuster movie. It is certainly inspiring that Knoll’s idea became a success story after so long.