‘Stop using the word woke!’ Piers Morgan told to rein in comments on freedom of speech

Sunny Hostin told The View that Piers Morgan is the ultimate provocateur. The American lawyer worked with Mr Morgan during his time at CNN and added that the former Good Morning Britain presenter needs to stop playing the victim.

Whoopi Goldberg asked: “He said he is willing to die on the hill for freedom of speech but he walked off, so what do you think this is really about?”

Ms Hostin replied: “I worked with Piers Morgan at CNN and he is sort of the ultimate provocateur, this is what he does.

“I don’t think you cancel yourself so if he walked off that is not really being cancelled.

“I took great umbrage at something that he said: “Although the woke crowd will think that they have cancelled me, I think they will be rather disappointed when I re-emerge”. 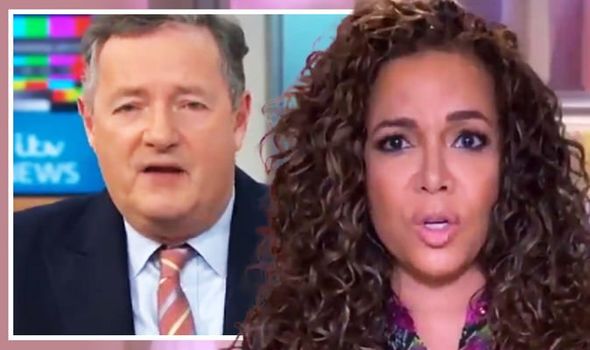 “I think people like Piers Morgan need to stop using the word woke.

“They need to retire that appropriation.

“The other thing is that freedom of expression is a fundamental right under British law but you are not free from consequences.

“So the fact that he really belittled someone’s mental health struggles, belittled someone being subjected to racist actions and slurs and being targetted with racism, is something that he needs to be held to account for.

“And it seems that he is, he is not a victim here and he needs to stop playing the victim.”