Strictly Come Dancing 2019 is into the semi-finals already – it’s gone so quick! Chris Ramsey and his pro partner Karen Hauer featured on It Takes Two wth Rylan Clark Neal on Tuesday evening’s episode to discuss last Saturday’s dance and what they’ve got planned for this Saturday.

But Chris admitted he was “devastated” by the sudden format change.

Rylan congratulated the pair for their success and quizzed them about how they’re feeling about this weekend’s live episode.

The couples now have to perform not one, but two dances on the BBC show on Saturday.

Rylan noted that even though they’re through to the next round, they now have a huge obstacle to overcome.

“It’s all well and good but not uno, dos dances this week everyone, dos! That’s two in Spanish!”

Chris shook his head as he confessed: “I’m devastated if I’m honest with you.”

The pair have received consistently mid-range scores from the judges over the past few weeks, but their determination and energy has won the hearts of viewers. 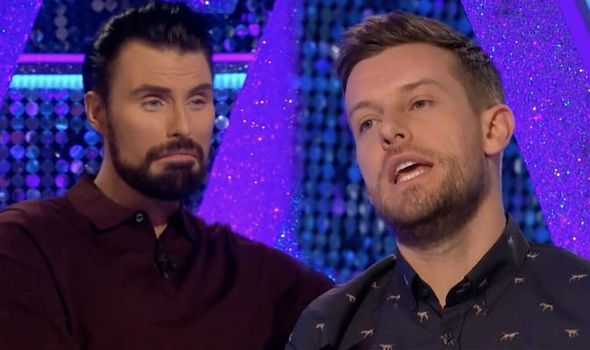 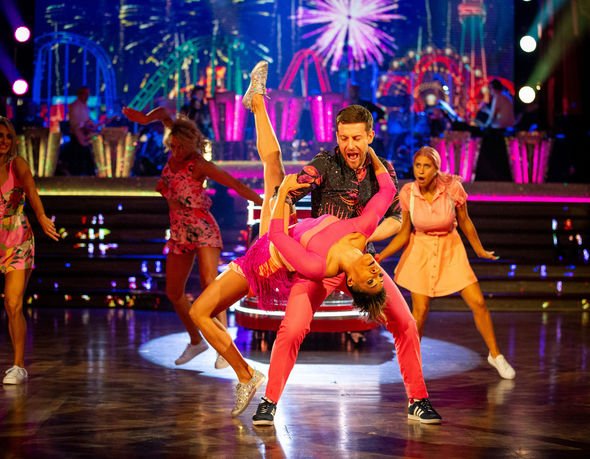 “First off you’ll be doing the Rumba to this,” Rylan said, as the studio played the music.

“Bit of a weep fest as well! The Rumba has reduced many a man to tears, are you good with that?” Rylan asked Chris.

“The Rumba’s alright, we’re really lucky that they’re two completely opposite dances this week,” he explained, as Karen gave him a look: “She’s looking at me as if to say ‘I haven’t taught you both of them yet properly,’” he joked, as his partner giggled.

“But we’re getting there. On Monday evening we ran through the Viennese Waltz to music, so that’s good.” 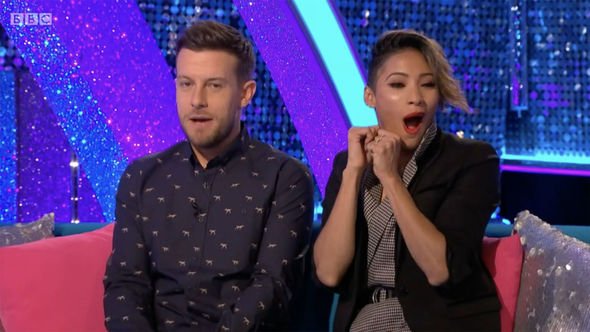 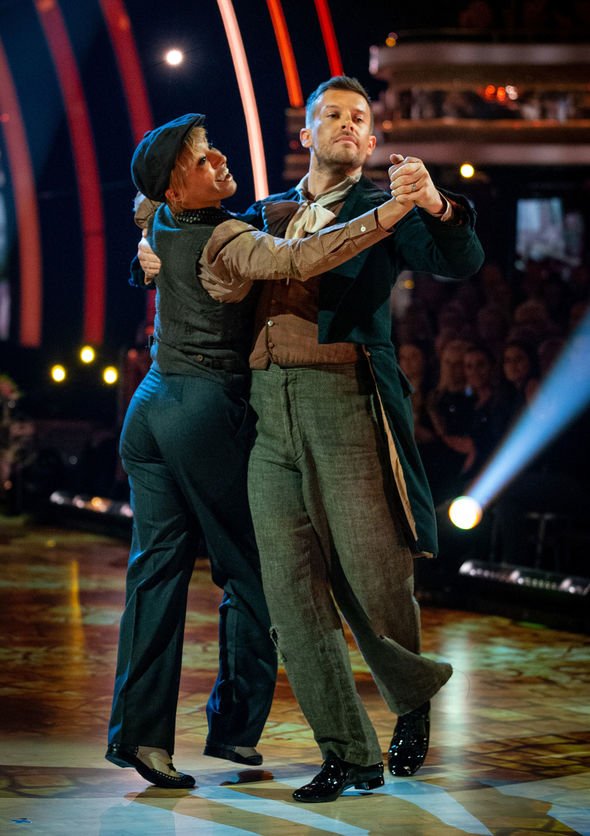 Karen chimed in, revealing she believed they would be fine on Saturday, as the variation of dances meant Chris couldn’t get “mixed up.”

“They’re two completely different dances, it’s not something he’ll get mixed up with,” she explained, as Chris admitted that was his “biggest fear.”

Chris and Karen are dancing their second dance to Somebody to Love by Queen, much more upbeat than the soulful Rumba tune.

Rylan asked how Chris was getting on with the notoriously dizzying Viennese Waltz.

“So much spinning!” He exclaimed.

“I have spun this week more than in my entire life, tea cups, waltzers, spinning so much that if you’ve got a runny nose then it just flies out!” He joked, as the studio winced in disgust and giggled.

Overall, the comedian seemed really pleased that he’s made it so far in the show, admitting if it had just been the judges votes that counted, he would have been out in week one.

“I’ve said it time and time again, it’s the most humbling experience that the public are keeping us in this competition.

“And I won’t lie, if it wasn’t of the public, we wouldn’t be here!” He confessed truthfully.

This is also the furthest Karen has come in the competition since series 12 with when she made it through to the final with realty TV star, Mark Wright.

“It’s funny because I did a Viennese and a Rumba that year,” she grinned.

“Stop it! Chris!” Rylan exclaimed, holding his hands up.

“This could be history repeating itself?” He hinted, as he looked over at Chris who was shaking his head.

“People keep saying stuff like this, I can’t bear it!” Chris whimpered.

He might not believe in himself, but the public sure have his back.

Will they make it through to the final this year?

Strictly Come Dancing continues on Saturday on BBC One.