'The Bachelor: Listen to Your Heart': Tyler Cameron Is a Big Ryan Neal Fan

As Bachelor Nation knows, Tyler Cameron has been hanging with the “Quarantine Crew” in Florida. After Hannah Brown left the group to return home to Alabama to be with her family, things have settled down a bit at the house, but the crew is finding plenty of ways to keep themselves occupied.

Cameron has been live-tweeting The Bachelor: Listen to Your Heart for one. We’re only two episodes into the franchise’s latest show, but already Cameron has a couple of favorites in mind. One of those favorites is Ryan Neal, a jazz, funk, pop, R&B musician who lives in Dearborn Heights, Michigan. 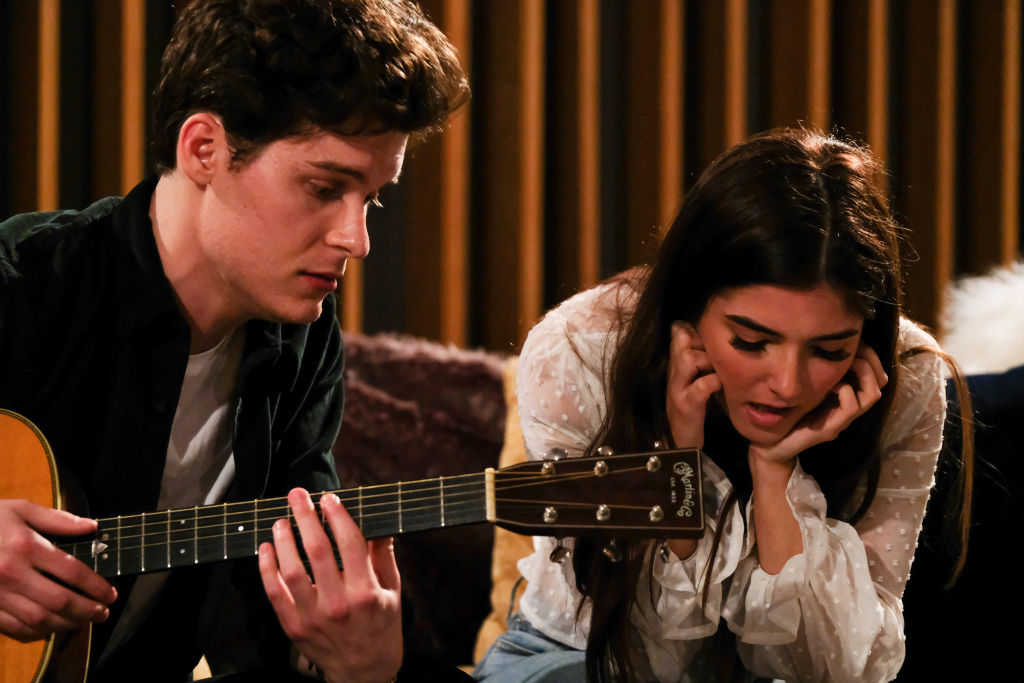 Tyler Cameron’s tweets about Ryan Neal on ‘The Bachelor: Listen to Your Heart’ Episode 1

Since night one, Cameron’s been supporting Neal.

“We must protect Ryan and Sheridan,” he tweeted early on.

Shortly later, the Bachelorette alum reposted a tweet that read: “I want to shout it from the mountain tops… RYAN >>>>>> TREVOR AND IT ISN’T EVEN CLOSE FOR ME #TheBachelorLTYH” and added, “TEAM RYAN!!!!!”

Neal responded to the tweet: “the support has been incredible man and you’re leading the charge! Much love…”

Later in the episode: “Ryan’s DMs are popping right now!!” wrote Cameron. Based on the huge jump Neal’s social following received, it was probably a safe bet.

Cameron also reposted someone who wrote: “Omg it’s gonna be so fantastic when some of these #LTYH dudes go to paradise and try to sweatily sing their way into Madi’s or Hannah Ann’s heart and some bachelorette bro is gonna get jealous and feisty and ITS GONNA BE FANTASTIC,” and added, “Ryan is going to dominate the beach.”

If you can guess where this was taken, you most certainly have good taste. ??⁣⁣ ⁣⁣ HINT: You could say I’d be late without them.⁣⁣ ⁣⁣ I won’t ruin the answer with a yes but will 100% respond with a DM to confirm. ⁣⁣ Have at it! ?⁣⁣ ⁣⁣ ?: @knowehlani

Then, in the first episode when Jamie Gabrielle decided to go with Trevor Holmes over Neal, Cameron wrote: “So many Facebook moms are going after Jamie in her DMs right now… I’m going to join them. How dare you do that to our sweet Ryan.”

But when Rudi saved Neal, Cameron felt he could rest easy.

“I can sleep in peace knowing that Rudi kept Ryan around,” he wrote.

Tyler Cameron’s tweets about Ryan Neal on ‘The Bachelor: Listen to Your Heart’ Episode 2

The first date featured in the second episode belonged to Gabrielle and Holmes. Cameron didn’t even want to watch because he was still mad at Gabrielle.

“I don’t even want to watch Jamie after she did my guy Ryan like that. Can we fast forward,” he wrote.

“I’m all bottled up, floating in the deep blue. And you’re an open book, anyone could read you.” – S.McMicken @drdogmusic?

He noticed how little Neal was talking in the second episode.

He retweeted a post that said: “It’s been a full hour and 20 minutes and we’ve seen 6 seconds of Ryan. I feel robbed. Hurt. Disgusted.” He added: “Fix this @BachelorABC#BachelorLTYH.”

But then, the cocktail party took place and Neal finally got some screen time. He made out with two contestants.

“Ooo Ryan is in way over his head!!” wrote Cameron of Neal’s lip action.

“Ooo sh*t Ryan is hurt and kissing everyone! Ryan has spent more time making out than he has speaking this episode,” he tweeted shortly after.

By the end of the episode, Neal had moved down slightly on Cameron’s ranking. But we’re sure he’ll be back on top once he gets a little more screen time.

The Bachelor: Listen to Your Heart is on Monday nights at 8 p.m. on ABC.

Read more: ‘Too Hot to Handle’: Why Haley Was Sent Home