THE Circle's Manrika revealed she couldn't get out of bed for three days after she received terrifying death threats from viewers.

The 24-year-old Brummie ended up as a runner-up to her love interest Felix – real name Natalya – in season three of the Channel 4 show. 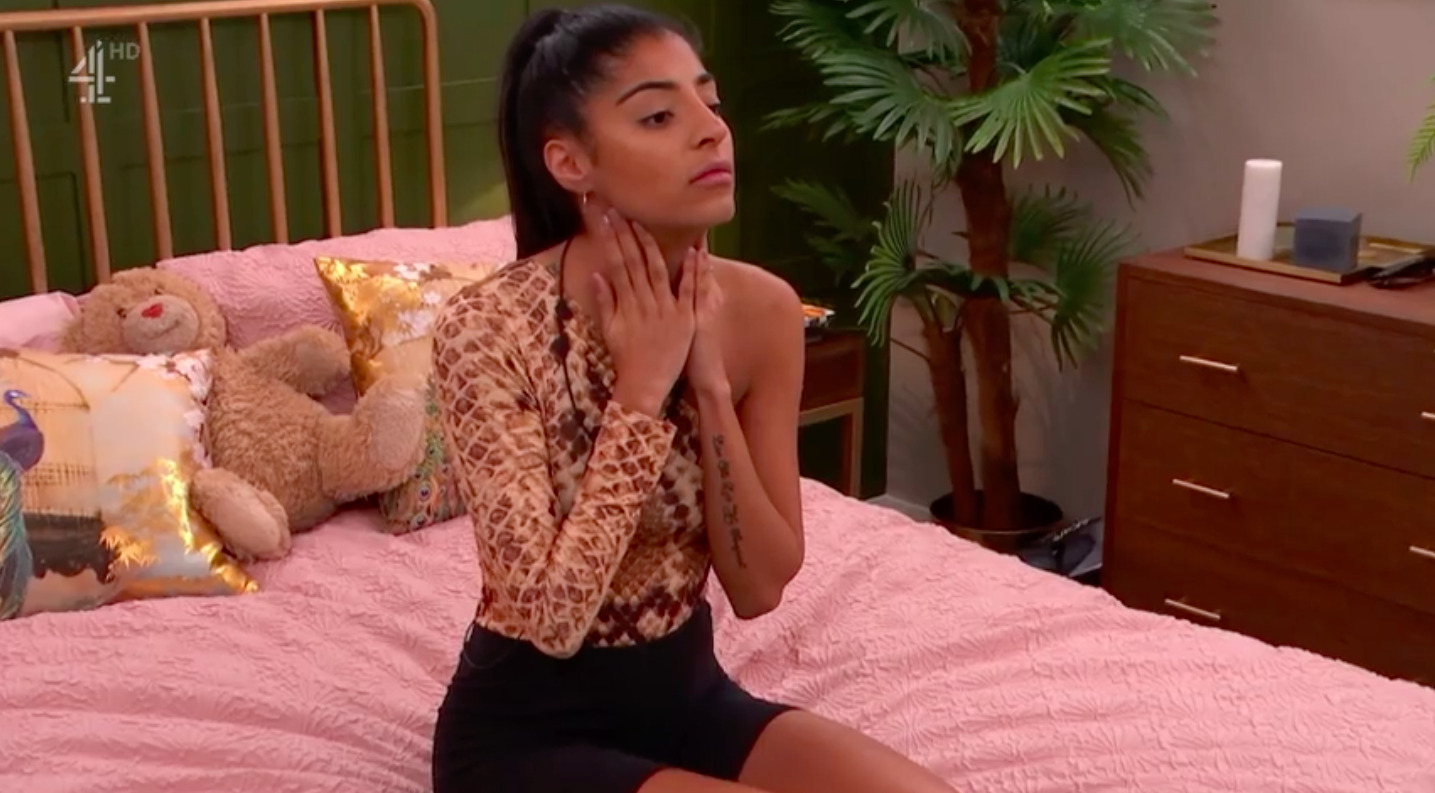 But what should have been a celebration for Manrika Khaira turned out to be a nightmare – as she's been bombarded by 'vile, racist, sexist abuse' from sick trolls.

"It's taken a toll on my mental health that I didn't expect," the recruitment consultant exclusively told The Sun. "I couldn’t get out of bed all week. I was lying in the dark and I barely ate."

Not only have they sent her threats, the trolls have also targeted her mum and 15-year-old brother. 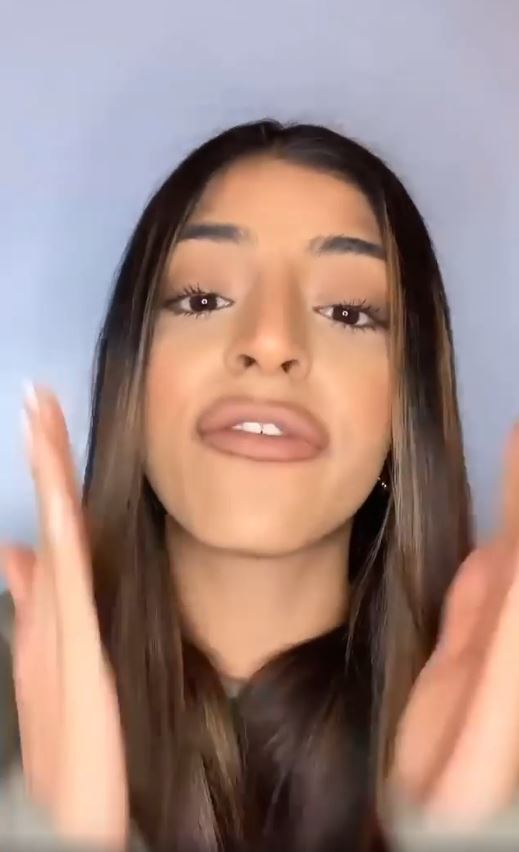 "There were so many measures I took and it still wasn’t stopping. I would say the weekend where there was the Andy situation, the triple threat situation.

"I went to bed on Friday and I couldn’t get out of bed until Monday. That’s how bad it was. You get to the stage where you’re so low and your anxiety starts and your heart stops and it’s just not nice."

The abuse wasn't just affecting Manrika – who said she was in a "depressed state" – as her family was also in the firing line. 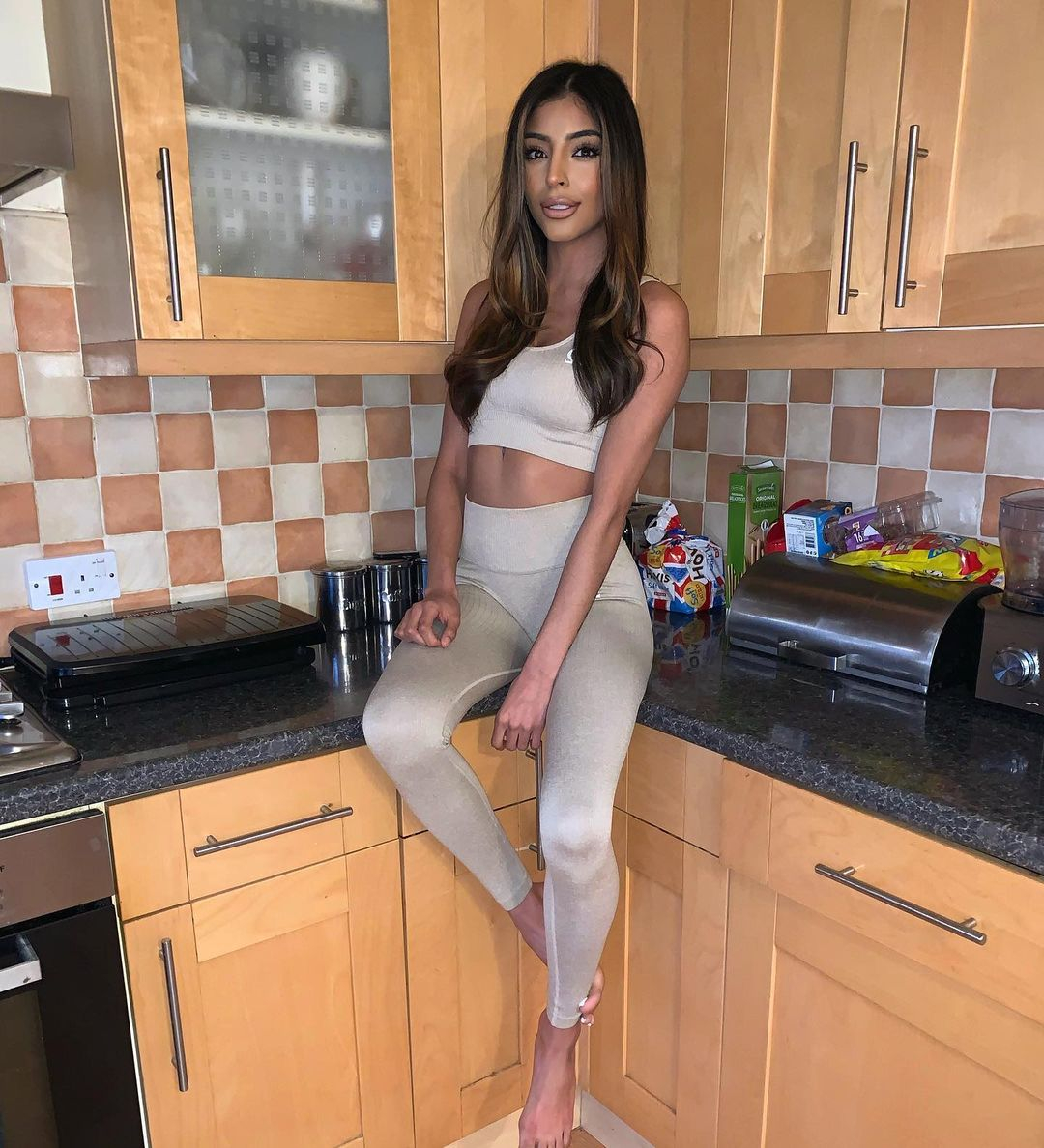 She continued: "Mum was great. Mum doesn’t really know what to do in situations like that, so she just tends to cry. She gets so worried about me.

"I had to get together for her. Because I know how worried she was. She wasn’t eating or sleeping."

This is why the content creator has launched a new campaign on Instagram, which she hopes will make anonymous trolls accountable to the police.

Similar to Katie Price with Harvey's Law – which calls for social media companies to require ID in order to access their sites – Manrika wants proper change to help everyone in the public eye. 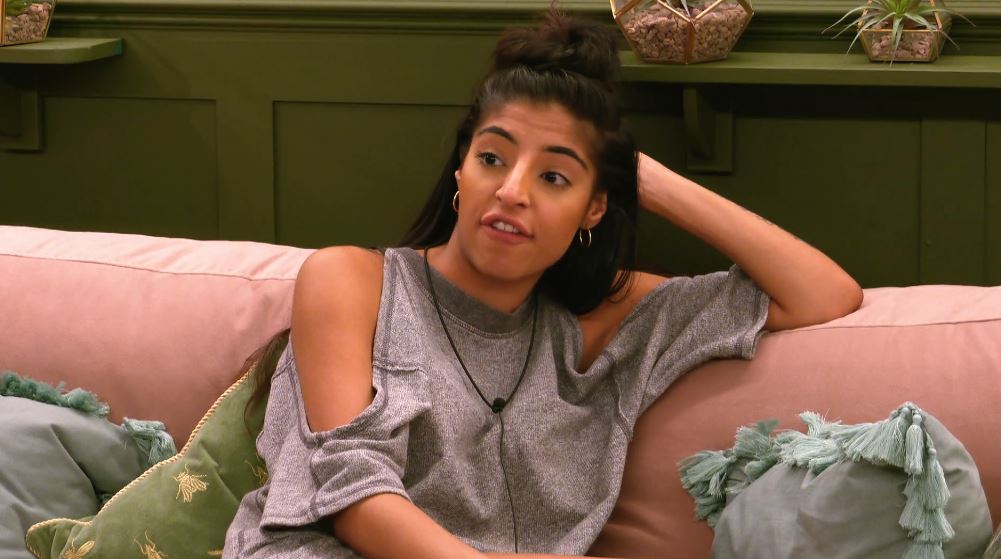 She said: "We want to make sure that everyone that opens a social media account has a form of government ID linked to that account, with an address.

"Because if Dave from the down the road wants to tell me to go hang myself, then Dave needs to be held accountable and have the police knock on his door. Because it’s an offense. I’m not just doing it for myself.

"What I’ve been through the last three weeks is unexplainable. It has ruined my experience.

"Us people who do this for a job, social media is technically our workplace. You wouldn’t walk into your office and call someone a dirty c***.

"The person who said that would be held accountable. We’re taking this campaign as far as we can now. We’re really going to push it and that’s something I want to focus on." 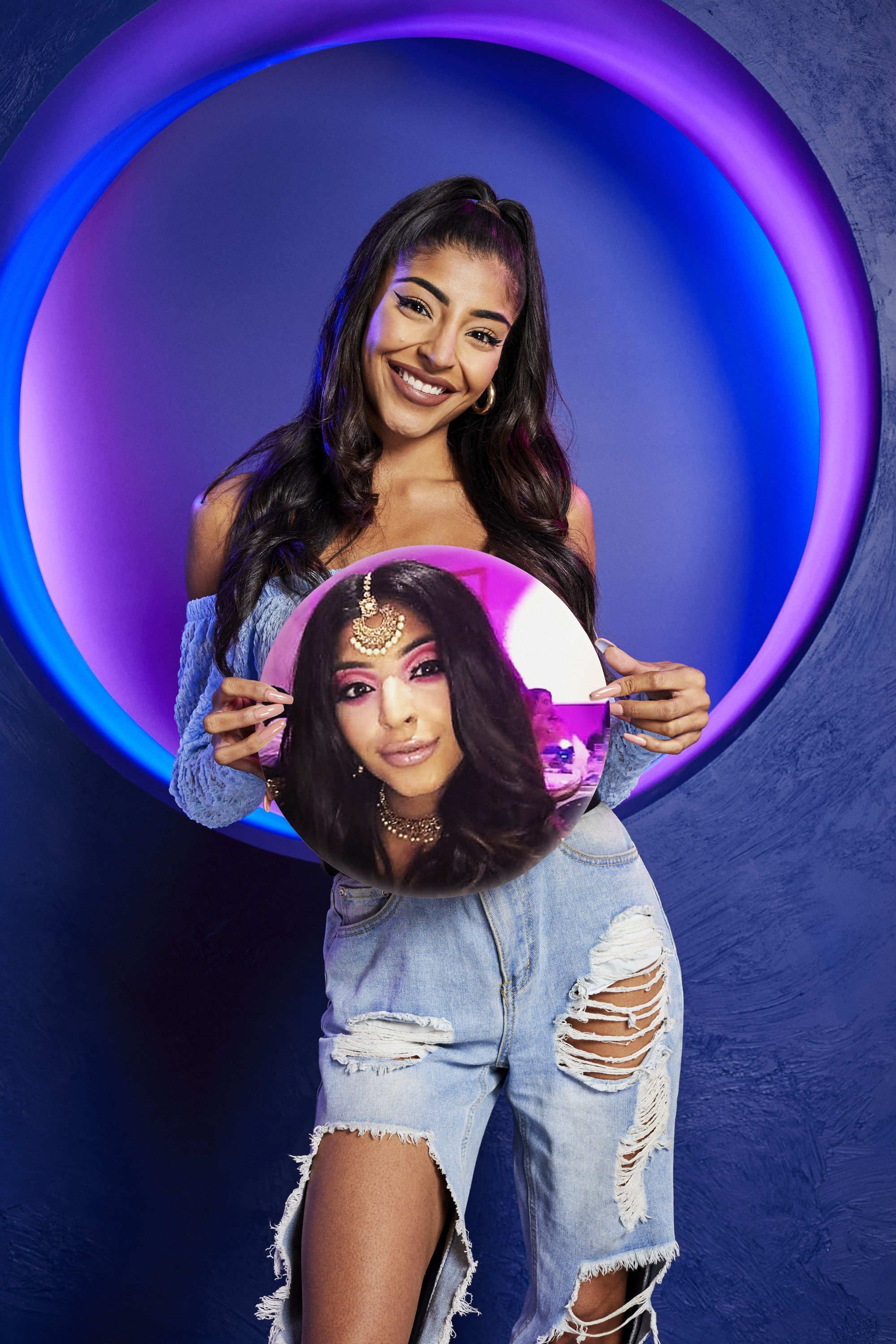 The reality star added: "It’s for the future of TV. I don’t want people who might want a future on TV and see the backlash I’ve gone through and get put off.

"What I’ve seen and been through would put anybody off. It’s for people who have had to deal with it before, it’s for our kids to grow up in a bit of a safer environment. It’s just for the future of the world to be in a bit of a happier place."

The Circle star has said her motivations weren't shown to viewers, which caused part of the backlash.

She said: "My story and my motivation for being there were only shown in the last few days.

"I’ve had messages saying, 'you look like one of those stupid influencers who want a £100,000 to go and get a boob job. I bet you’re going to spend it on going out.'Because no one knew my motivation."

However, she stressed her family was at the forefront of her mind throughout the show. In emotional scenes during the series, Manrika opened up about her father's struggle with alcoholism – and their reconciliation as a family.

Manrika just missed out on the £100,000 prize to Natalya after they both tied in the final.

Natalya inched into victory by earning the most first place votes across the series. 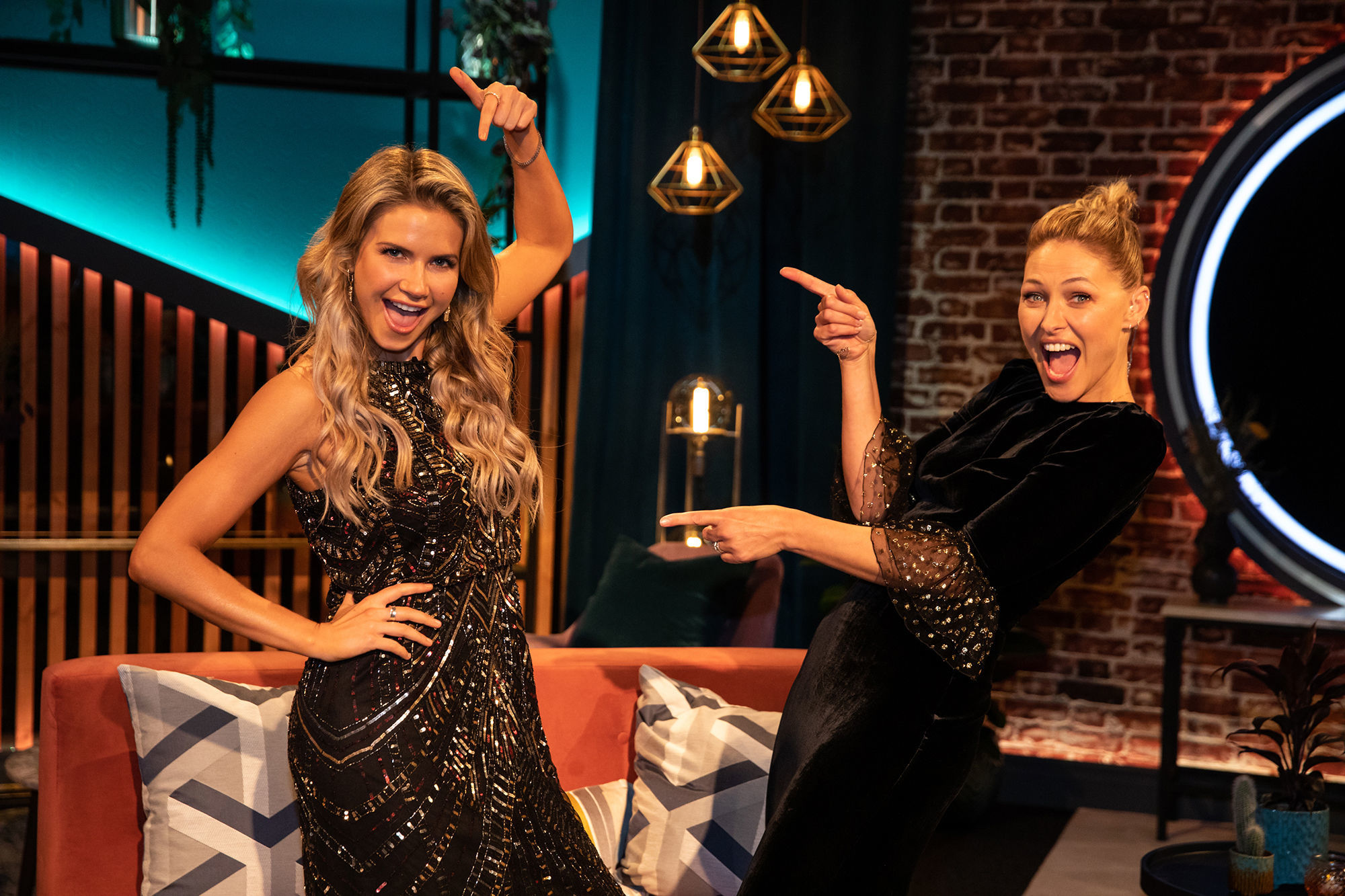 Though the entire series wasn't left on a sour note for Manrika, who says she felt "so proud" watching it back with her family.

She said: "I thought I was going to watch it back, have some regrets, and wish that I rated differently. I watched it back last night and I literally felt so proud.

"I watched it back with my mum, my brother and my best friend, and I just felt so proud last night. It was just such a great feeling.

"Obviously I’ve watched back many episodes, and there’s certain things I haven’t liked or agreed with. I think [the final] was definitely one that I did enjoy."