The Good Doctor Recap: Shaun Considers Inviting [Spoiler] to His Wedding — Is It a Good Idea?

Amid the escalating drama surrounding new hospital owner Salen, and Morgan deciding whether or not to fart in front of new boyfriend Park, Monday’s episode of The Good Doctor also hinted at potential wedding drama for Shaun and Lea.

It all began when Lea went to mail the save the dates and stumbled upon an envelope addressed to Marcie Murphy — aka Shaun’s mom. Rather than mail it, Lea slipped the envelope back into her purse and returned to work, where she consulted a presumably gassy Morgan.

“I want our day to be about the future, not the past,” Lea said, reminding Morgan that the last time Shaun saw his mom was when his dad died. “I don’t want to reopen old wounds and risk him melting down right before I walk down the aisle.” 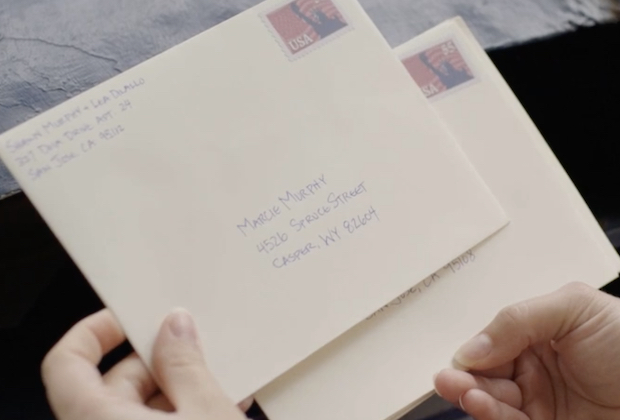 Lea went to Shaun to talk it over. Unfortunately, her timing couldn’t have been worse (#SalenDrama), so she tabled that discussion and sought Glassman’s advice in the interim. But Glassman, who was feeling defeated in his new role as figurehead president, had no words of wisdom for his surrogate son’s future bride. It was up to her to determine how best to address the matter.

It was over karaoke and tequila that Lea ultimately confronted her future husband about inviting Mama Murphy:

“Shaun, I didn’t mail the save the date card to your mom… because I don’t want to invite her,” she said. “I feel like you two still have a lot to work through, which you should, but I want our wedding to be fun. I don’t want to complicate it with any pain from the past.”

“The wedding books said I had to invite her,” Shaun responded. “Were they wrong?”

“Maybe in this case,” Lea answered. “Would you be OK not having her there?” 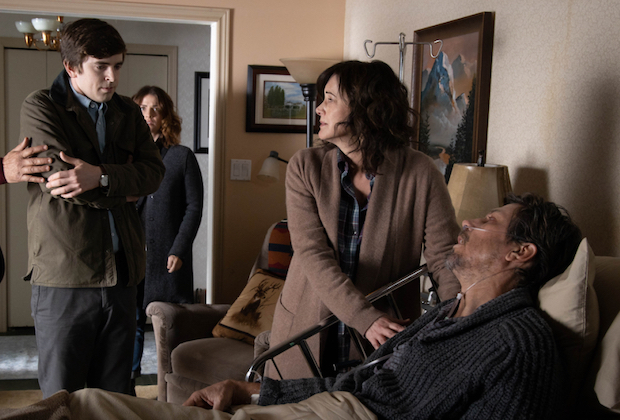 Shaun with Mom and Dad in Season 3

And so, crisis averted… for now. But it sure does seem likely that the medical drama will open that can of worms sooner rather than later — especially after not discussing Marcie or the potential of her reentering Shaun’s life in nearly two years.

“There’s potential to revisit his relationship with his mom, absolutely,” executive producer David Shore told TVLine in December 2019, when asked if Marcie’s last appearance was meant to provide closure. “I think ‘closure’ is a term that doesn’t mean as much as we want it to mean.”

As for the last conversation Shaun and Marcie had regarding Marcie’s shortcomings as a mother, Shore added: “It is certainly a wonderful moment between Shaun and his mother. It gives him an opportunity to get answers from her that he hasn’t gotten before, and on some level, accept her answers and her mistakes. It’s a form of closure, but things are never that simple.”

What did you think of The Good Doctor Season 5, Episode 3: “Measure of Intelligence”? Do you expect the show to revisit Shaun’s relationship with his estranged mom? Revisit their last time together below, then drop your thoughts in a comment below.