Anyone who’s conducted an interview knows that the last question is often the hardest. Sometimes you save the trickiest one for the end; at other times, it’s a chance to sneak in one last curveball to get at the real interview subject underneath.

Part of the decision to end on a more theoretical, far-reaching question came from the fact that the person Hehir was asking has been on the receiving end of every other kind of question imaginable over the better part of the last 40 years — and Jordan still doesn’t see his story as being over. In looking forward, Hehir wanted to reflect that, and he also wanted to tap into a side of Jordan that he gathered through talking to those who played with him.

“BJ Armstrong told me that when Michael was about to be inducted into the Hall of Fame, he called BJ and said, ‘Hey, how long after you play your final minute in the NBA, are you eligible for the Hall of Fame?’ And BJ said, ‘Five years?’ And he said, ‘So if I came four and a half years in and I checked in for one second into an NBA game, I wouldn’t be eligible for another five years, is that correct?’ I think he doesn’t want it to be over. He doesn’t want to see himself as a statue or a retired number,” Hehir said.

One of the biggest questions about the last episode of the series was how far it would extend past June 1998. After Jordan and the Bulls won that sixth championship, the story certainly didn’t end. As the show’s ending epilogue title card explains, Jordan retired for the second time, while head coach Phil Jackson departed for another eventual dynasty in Los Angeles and the rest of the team’s core gradually peeled off toward other franchises.

Hehir talked about some of those more recent developments with Jordan, including the Hall of Fame speech that may have contributed to his reputation as a ruthless competitor just as much as anything that’s in “The Last Dance.” 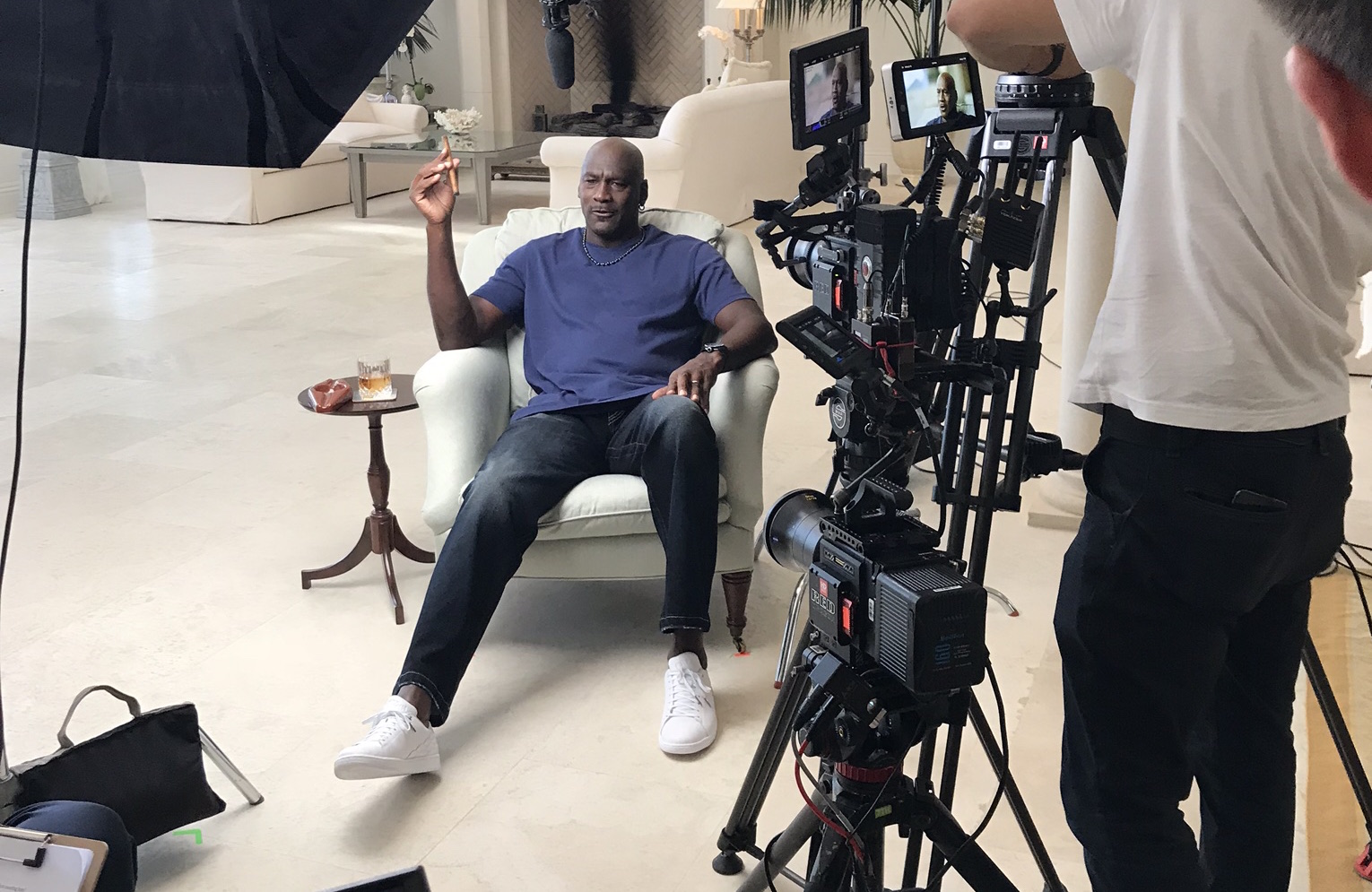 Michael Jordan, interviewed for the ESPN series “The Last Dance”

“We did go into that in depth, about what he meant to say and how that was perceived. He was getting a lot of criticism in the days following that speech. His daughter called him and said, ‘Hey, are you okay?’ He told her, ‘I’m completely fine with it,’” Hehir said. “He made it into a teaching moment that as long as you’re honest, and you say things the way that you want to say them, people are always going to interpret what you say, but you cannot control what people think of you. You can only control what you say and how you act. And this is a guy who has lived life by that credo, and by his own words, has no regrets about anything he did on or off the floor.”

Of course, with a mammoth undertaking like “The Last Dance,” there were bound to be sections that made for tough and surprising cuts. Aside from any discussion of Jordan’s run with the Washington Wizards or Jackson’s tenure with the Lakers or Dennis Rodman’s curious post-career place in international diplomacy, there were parts relatively early in the narrative that didn’t make the final version of these 10 episodes.

One such stretch appears in print form in David Halberstam’s Jordan biography “Playing for Keeps,” which Hehir says he counts among one of his favorite sports books about this or any other subject.

“I was positive that we were going to do a pretty significant section about his high school coach Pop Herring embellishing his stats to get him into Five-Star Basketball camp, the premier summer camp for high school basketball,” Hehir said. “He came there as a no-name and dominated that camp when Patrick Ewing and Chris Mullin and other guys were there. This kid, Mike Jordan back then, came in and dominated and was invited to go for a second week. But his parents were a little short on money. So he ended up waiting tables in the cafeteria at the camp, and that’s how he paid his way through the second week. By the time he came home, he had established himself anecdotally as one of the top two or three players in the country.”

Regardless of what did make it in, Hehir said that both Jordan and the other members of the team were adamant that this would not be the definitive MJ documentary. For many of them, it wasn’t out of a sense of bitterness. It was the sense that it’s impossible to say that he still doesn’t have something notable in store for the years ahead.

“He doesn’t want to watch a documentary that is a retrospective of his life, because he’s only 56. And he has a lot of life to live,” Hehir said. “I think that it’s difficult for him to imagine himself as anything except the Michael Jordan that we all remember. The statue, the logo. So I had to be careful with the wording of that question, because I didn’t want to say, ‘When you’re dead and gone, how do you want to be remembered in 100 years?’ I’m sure in his mind, he thinks, ‘I could live to be 156. If anyone could do it. I can.’”

“The Last Dance” is now available to stream in its entirety through the ESPN app.