'The Lion King': Here's Why Fans Think Scar Deserves His Own Prequel

Most of us know the story of The Lion King as the tale of Simba overcoming his grief and shame before returning to the pride to reclaim the throne. In the beginning, it’s established that Mufasa is a wonderful king who loves his family, imparting lessons to his young son.

It doesn’t matter if you’ve seen both the 1994 version and the 2019 remake of The Lion King because the story is essentially the same. At its core, it is a story about heart and self-acceptance. Mufasa is king of his pride, ruler of the Pride Lands, and grooms Simba to be a good ruler as his father did with him. But the discord in the story lies with Scar, who was confirmed to be Mufasa’s blood brother by Time in spite of rumors stating otherwise.

Yes, he killed his brother and manipulated Simba into believingit was his own fault. He is jealous and conniving, but if you dig into his backstory,there’s much to uncover and fans want Scar’s story to be told as a prequel. 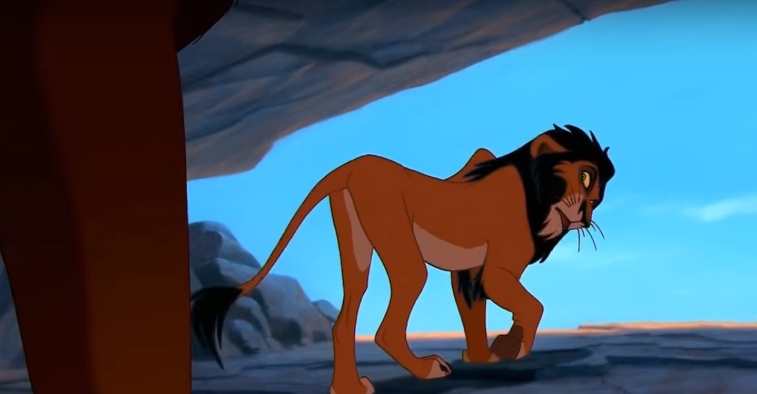 How it all got started way back when

As a gold member of entertainment history, The Lion King has always stayed on the minds of fans, whether new movies and spinoffs were out or not. For years, there have been discussions about how Scar ended up being so mean, and it all goes back to his childhood. For the details, you have to look toward the book series, The Lion King: Six New Adventures, and one story in particular, A Tale of Two Brothers.

Through this, we learn two things: Scar’s real name and how he got the mark. Let’s start with what his parents, King Ahadi and mom Uru, named him. While Mufasa’s name means “king” in Swahili, Scar’s name, “Taka,” means “waste” or “garbage.”

According to the book, Ahadi declared Mufasa would be his successor when the two cubs where young and spent extra time with his one son. On top of that, he broke a promise to Taka, causing the younger lion to resent him. If you flip through the pages, you’ll see that Ahadi would also insult Taka and openly compare the brothers to one another.

Scar’s descent down the wrong path

Out of spite, Taka schemed to harm Mufasa. He tricked a water buffalo named Boma into thinking Mufasa wanted to fight him over a watering hole at their father’s orders. Mufasa was able to get away and trap Boma, but the angry buffalo made sure his herd went after Taka. They caught up to him, and one of them hit Taka with one its sharp horns, causing the famous cut above his eye. Mufasa and Ahadi saved the day before they could kill Taka.

The lions found out the truth behind the attack, and Ahaditold Taka he should work on his anger and perhaps his wound would serve as areminder. Ashamed but still hurt, Taka decided to take the name “Scar” fromthat point forward.

As it’s said that there are multiple sides to every story, fans would be interested in seeing what really drove a wedge between Scar (Taka) and Mufasa when they were cubs. In the way that Nagini’s story changed how she was perceived in Harry Potter, a Scar-centered prequel would add another dimension to the lineage of The Lion King. And it would be an original movie.

Could their parents have done more to discourage siblingrivalry? Was Scar a living example of the “hurt people hurt people” philosophy?

The Tale of Two Brothers book was released in 1994, the same year as the original Lion King film, and if Disney ever decides to create a follow-up to the classic, this is the story fans want told first. Some feel sorry for the younger brother of Mufasa and feel that he was treated poorly by their father as a kid. And then there’s the whole thing of being named “garbage.” Think about that for a moment. In the words of Scar, “Life’s not fair, is it?”