The One Show: Alex Jones’ replacement REVEALED ahead of maternity leave

The One Show presenter Alex Jones is pregnant with her second child and with her due date imminent there has been much speculation about who will replace her on the iconic green sofa.

When she took maternity leave for her first child, broadcaster Angela Scanlon stepped in to fill the Welsh host’s shoes.

And it seems she is going to be back in upcoming weeks on the show replacing Alex.

During an appearance on Channel 4’s Sunday Brunch earlier today, Angela spoke to hosts Tim Lovejoy and Simon Rimmer about returning to The One Show.

Tim asked: “And Alex Jones is pregnant again. You’ve covered on The One Show for her last time, will you be going back on there?”

“She is! I will,” Angela replied. “I’m actually on The One Show tomorrow as a guest on the other side and yes I will be sitting in for her [when she goes on maternity leave].”

Alex who has been presenting the BBC One magazine show since 2010 alongside Matt Baker, will be taking her maternity leave later this year.

Last week on The One Show when Alex was presenting with Peter Andre, she was cut off by guest Samantha Morton.

The actress was on the show to chat about her role as Alpha on The Walking Dead.

But just as they were about to play a clip to viewers, Alex went to issue a warning but Samantha cut her off. 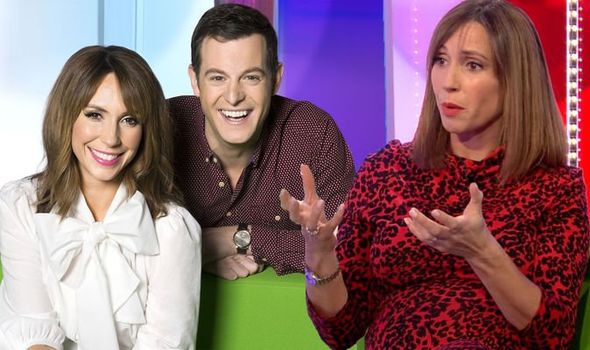 “Well we’re going to see a bit of The Walking Dead now,” Alex said. “And for those of you who have still got little ones up not wanting to go to bed… maybe take them away from the telly for this one.”

Just as the clip was about to start, Samantha interjected and added: “No, no, don’t do it!”

Earlier in the week, Alex was also left a little shocked when a guest told her about an encounter she had with the Queen.

Miriam Margoyles joined Matt Baker and Alex and mentioned a time she “behaved like an idiot” in front of the monarch.

“I was told to be quiet, by her majesty,” the actress revealed.

THE ONE SHOW: ‘BE QUIET’ GUEST REVEALS THE QUEEN SCOLDED HER IN THIS HILARIOUS MOMENT 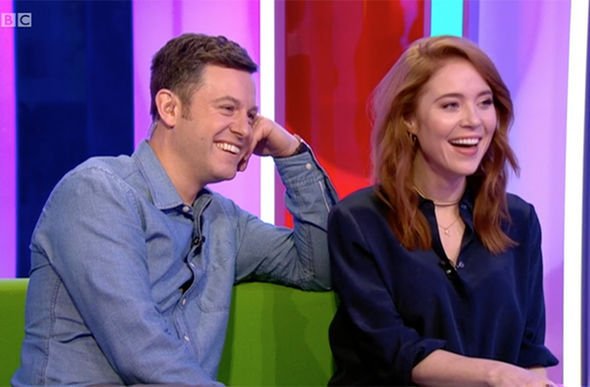 Keen to find out the exact story, Matt asked: “Set the scene, what was happening?”

“Well, so embarrassing. British book week at Buckingham Palace, the Queen walks over to me and she says ‘And what do you do?’” Miriam began.

“And I said, instead of saying I’m an actress or I read stories, I said – oh it’s so embarrassing. I said ‘I’m the best reader of stories in the whole world!’

“Because I think when you meet royalties something snaps in you, I was nervous and I behaved like an idiot! And she clearly thought so because she looked at me and went [insert eye roll],” Miriam concluded.

The One Show airs weeknights at 7pm on BBC One.