The One Show viewers spot a major gaffe on the show

The One Show incorrectly named a Scottish town today (September 19) during their Storm Helene VT, and it hasn’t gone unnoticed on social media.

Presenting duo Alex Jones and Matt Baker were reporting on the devastation the UK’s latest severe weather has been inflicting, when a video from Scottish town Greenock was mistakenly titled as ‘Greenloch’.

This was backed up by Matt and Alex, who were clearly ill-informed from their scripts.

Storm Helene has been causing havoc across the UK recently, with The One Show also providing hectic footage from places such as Edinburgh, Dumfries and Belfast. This included traffic jams due to trees on the road and umbrellas violently turning inside out.

Matt then shared that his family’s farm based in Durham had also lost power after trees had crashed to the ground. 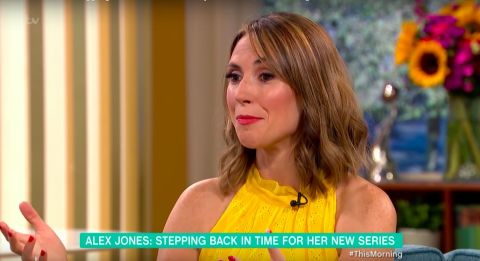 Meanwhile, Alex has recently discussed how she thinks the BBC could improve their facilities for new mothers.

The One Show airs Mondays through Fridays on BBC One.