The Pursuit of Love cast: Who is John Heffernan?

The Pursuit of Love: Lily James stars in BBC trailer

The Pursuit of Love premiered tonight (Sunday, May 9) on BBC One and the entire series is now available to watch in one go via the BBC iPlayer. In the first episode, viewers were introduced to Davey, played by John Heffernan, who appears alongside Lily James, Dominic West, Andrew Scott and Emily Beecham in the series. Express.co.uk has everything you need to know about John Heffernan and his Pursuit of Love character.

Who is John Heffernan?

John Heffernan, 39, is a British actor from Billericay, England.

Viewers may recognise Heffernan from his role as Henry Lascelles in the BBC adaption of  Susanna Clarke’s novel Jonathan Strange & Mr Norrell. 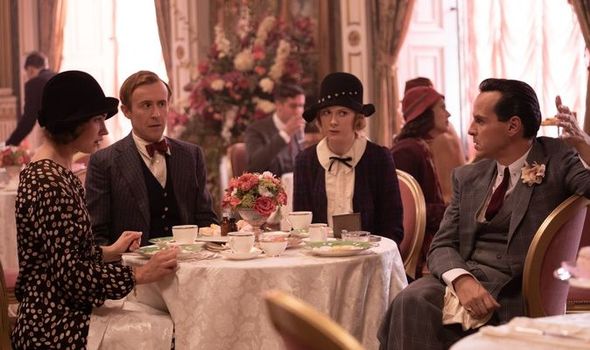 Heffernan is also well recognised for playing Steven Rose in the fourth series of Luther and for portraying  John Grigg, 2nd Baron Altrincham in Netflix’s The Crown.

His other well-known credits include Outlander, Ripper Street, Dracula and Brexit: The Uncivil War.

He also played the role of Jack in the 2019 film Forget Me Not, starring alongside James Cosmo and Ruby Royle.

His other film credits include Eye in the Sky, Crooked House and Official Secrets.

Viewers may also recognise Heffernan from his noteworthy stage career. He has worked with the English Touring Theatre, the Royal Shakespeare Company, and the National Theatre.

In The Pursuit of Love, Heffernan takes on the role of Davey, the new man in Aunt Emily’s (Annabel Mullion) life.

Davey’s relationship with Emily makes him a stepfather figure to Fanny (Emily Beecham), something which she does not seem too comfortable with.

In the original Nancy Mitford novel of the same name, Davey is portrayed as a distinguished writer and critic.

He is also a hypochondriac who undergoes unique remedies to improve his health.