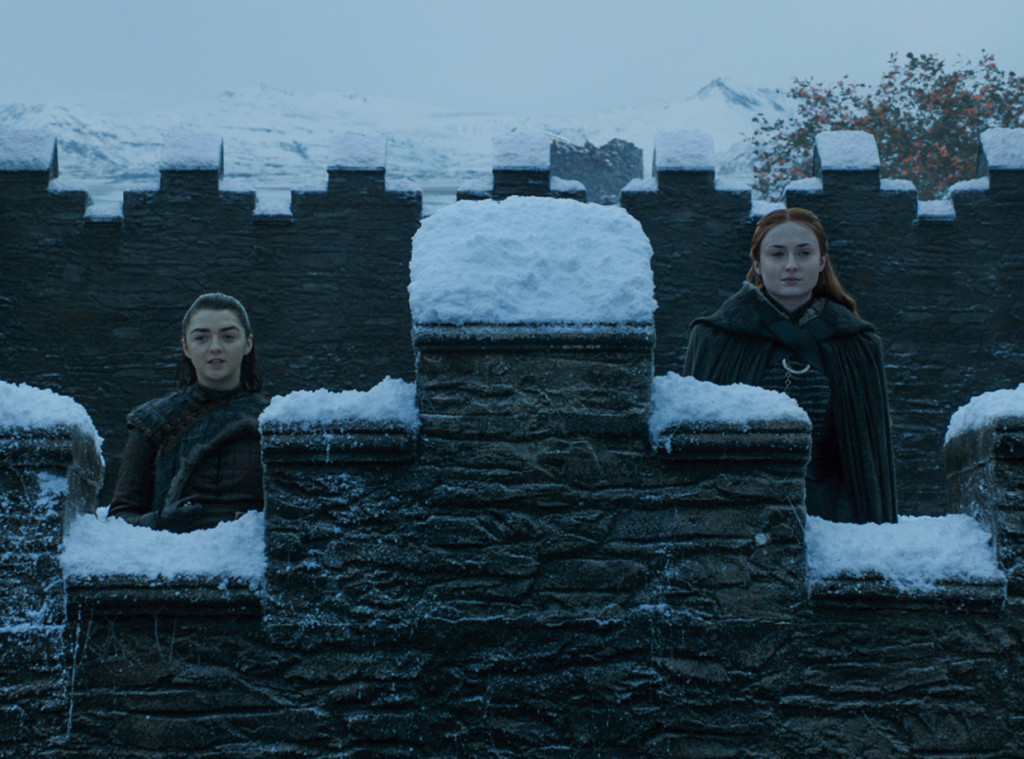 There may have been a reason why you didn’t see TV sisters Arya Stark and Sansa Stark—played by real life best pals Maisie Williams and Sophie Turner—in many scenes together during the previous seven seasons of Game of Thrones.

“We’re a nightmare to work with,” Turner told Rolling Stone. “If you’re working with your best friend, you will never get any work done, ever. Anytime we tried to be serious about anything, it’s just the hardest thing in the world. I think they really regretted putting us in scenes together. It was difficult.”

Once reunited during season seven, their off-screen antics sometimes made it into the show.

“It was great to have two insanely witty people playing off each other between setups,” co-creators David Benioff and D.B. Weiss said in an email interview with Rolling Stone. “Although they did decide to start talking in a Northern (English) accent, which may be real and may be their own invention — being Americans, we couldn’t tell. But they would sometimes talk in this accent all day. Every once in a while it would find its way into a scene, and we’d have to remind them Sansa and Arya don’t talk like that.”

The Stark sisters are united in the upcoming eighth and final season.

“It’s not often you see a character siding with Sansa who’s not manipulating her,” Williams told EW. “Last season it was really tough for Sansa because Jon was thinking with his penis and it kind of made Sansa look bitter. This season you see Arya teaming with Sansa and sometimes calling out Jon. It felt nice and powerful to stand next to Sophie. Sophie and I are the tightest of friends when sitting across from anyone, so no acting required.”

As for what’s ahead, well, Williams summed it up best to EW. “There’s a lot of death this year.”

In her interview with Rolling Stone, Turner said she was gifted with a storyboard of her favorite Sansa Stark scene as a wrap present, and that scene just so happened to be her last one on the show.

“I feel very satisfied with the ending of the entire show,” Turner said. “Every story arc came to a really good close.”

Williams said she went back and watched season one after reading the season eight scripts, somewhat because she wanted to remind herself of Arya’s series-long arc.

“There are so many scenes that will look similar…I wanted Arya to go full circle and try for some kind of normalcy like when she was younger,” she told EW. “Basically this year it’s like she has a dual personality — there are so many emotions and memories that come flooding back when you’re with your family and the things that you fight for become very different, yet she’s also remaining on this path to try and kill Cersei and remembering her list and getting closer to that. So there’s this split with Arya between trying to be who she wants to be — getting back to the naïveté and innocence with her family — and unfinished business.”