The Truth About Big Ed And Elizabeth

Ed “Big Ed” Brown and Elizabeth “Liz” Woods met and became stars on the first season of “90 Day: The Single Life,” where six popular figures from the “90 Day Fiancé” series attempted to find their happily ever after, reported Page Six. The two reportedly met at a restaurant and signed on to star in the spin-off together, although their relationship was far from perfect. According to Page Six, the two had an “unsteady relationship” which “raised eyebrows,” especially after the “Tell All” special, which explained that the two were no longer together.

And shortly after their split, the Daily Mail detailed that Big Ed spent some time in Las Vegas, where he partied with other women and “bragged online about having ‘sugar babies.'” Liz stated that she told herself it was time “to move on after three weeks of begging, not begging, hoping we would get back together. That killed me.” It seems that although Big Ed wanted to date around until he found “the one,” he found his way back to Liz. And now they’re taking a big step in their relationship…

Big Ed and Liz are engaged 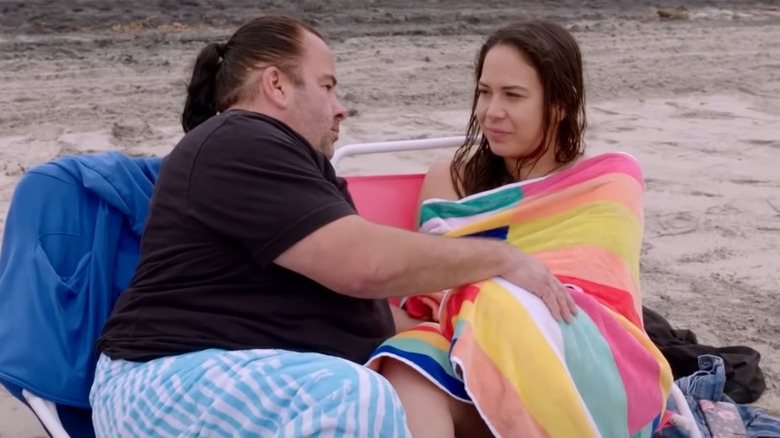 Big Ed and Liz Woods are now engaged, reported TMZ. According to the outlet, the former “90 Day Fiancé” star recently popped the question to his on-again, off-again girlfriend, introducing her as his “beautiful fiancée” when the two were out at a nightclub in Santa Barbara, CA. Liz also appeared to be wearing an engagement ring on that special finger, as seen in photos snapped of the couple while they were out. However, the two have yet to confirm their new relationship status, as neither has posted about the development on social media. Additionally, reps for the two did not yet return requests for comment, according to InTouch, so it seems that for the time being the couple is keeping things on the down low.

For fans of the couple, it might be surprising to hear they have decided to get engaged, as their relationship has been anything but smooth sailing. In fact, Liz had been open about the fact that she felt like Ed was moving too quickly. And prior to the reunion show of “90 Day: The Single Life” that aired in May, the two had broken up and did not seem close to getting back together, reported the Daily Mail. Although Liz introduced him to her “entire family,” she said they broke up just two weeks later. However, it seems the two have been able to put aside their differences and apparently have decided to spend their lives together. But just how did they get here?

Big Ed has been engaged before 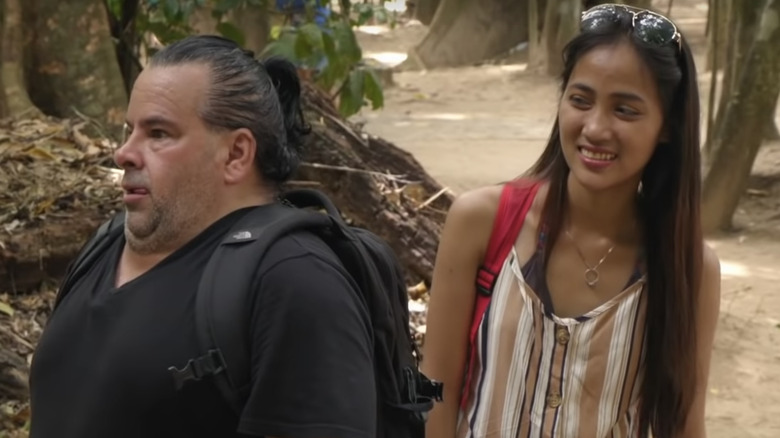 Big Ed first made a name for himself as a contestant on Season 4 of “90 Day Fiancé: Before the 90 Days,” which aired in 2020, reported Page Six. Big Ed was engaged to his fellow “90 Day Fiancé” star Rosemarie “Rose” Vega, who lived in the Philippines. However, Big Ed quickly became notorious for all the wrong reasons, as his treatment of Rose during their time on the show was controversial for some fans. Many viewers thought he disrespected Rose when he asked her to get an STD test, and he also lied to her numerous times, most importantly about his vasectomy and about his height prior to their meeting, per People. Numerous arguments broke out between the two, and they agreed to end their engagement.

Their relationship was so toxic that during their reunion episode of “90 Day Bares All,” Big Ed ended up apologizing to Rose for how he treated her. However, he maintains that he helped boost her “financial success,” according to People, and pointed to her time on the show as the catalyst for her successful career in modeling and the achievements of her online business. During the “Bares All” episode, Rose herself said she didn’t regret meeting Big Ed and that she accepted his apology, but also told him she had “moved on already.” Looks like he now has, too.