The Umbrella Academy Season 2 dove into Klaus’ (Robert Sheehan) backstory and showed how he dealt with the pain of losing love. And according to director Steve Blackman, in season 3, fans will see Klaus navigate another considerable loss in his life. 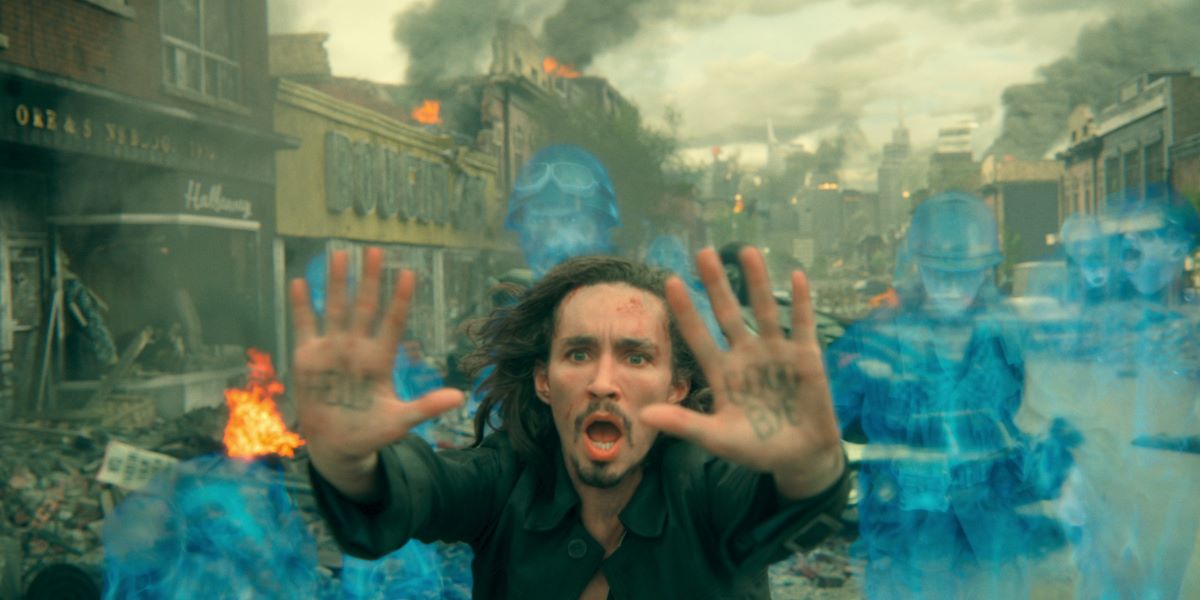 In season 1, viewers learned that Ben Hargreeves (Justin H. Min) mysteriously died as a teen and has haunted Klaus ever since his death. But season 2 of The Umbrella Academy highlighted the brothers’ codependent relationship. The brothers bantered as usual, but Ben also possessed Klaus’ body and used it to interact with the world once again.

In “743,” Ben sacrifices himself to stop Vanya (Elliot Page) from causing an explosion that would lead to the end of the world. And before doing so, he reveals that he haunted Klaus because he was too scared to pass on to the other side.

“I died 17 years ago,” Ben says. “All of the rest of this, these years with Klaus, it’s all been gravy. At least this time, I get to say goodbye.”

“I think that’s going to be a very challenging loss,” Blackman told TV Guide. “As much as [Klaus] complains about Ben. Ben is the closest person in his life. He’s the one constant in Klaus’ universe, and Klaus is an epic f— up in so many ways. But Ben is this wonderful, insightful man who all the siblings loved.”

“He was the one that got along with everybody,” he continued. “[Ben] is [Klaus’] conscience; he is his voice of goodness who says to him, ‘That’s a bad decision,’ or ‘You could do better.’ Having that gone and out of his mind will be a huge loss for Klaus going forward.”

Season 3 will also bring the Hargreeves siblings closer together

The first two seasons of The Umbrella Academy featured a fractured Hargrreeves family, one that was torn apart by the weight of their powers and their father’s ambition. But Blackman teased that in season 3, the superhero siblings will be closer than they’ve ever been.

“I think they’re much closer now,” the showrunner said in his chat with TV Guide. “They’re starting to understand each other. It’s far from perfect, as it is in any family. At the core of the show, this is a dysfunctional family show. They’re trying, and they’re a little bit better every time. They’re getting there a little bit.”

In the final moments of the season 2 finale, Five jumped the crew into an alternate timeline where the Sparrow Academy has taken their place. In this new reality, the Hargreeves will probably stick together and rely on each other for support. Plus, with all that they’ve been through, including the loss of Ben, the siblings might finally be on the same page.