This Morning isn’t This Morning without a good laugh, and poor Gok Wan and Alice Beer got a serious case of the giggles on today’s (August 30) show.

Ruth Langsford and Eamonn Holmes were doing a live link to Gok Wan to talk about his fashion segment later on in the show when chaos ensued.

Gok couldn’t contain himself as he got couldn’t stop laughing over something happening off camera with Alice Beer. 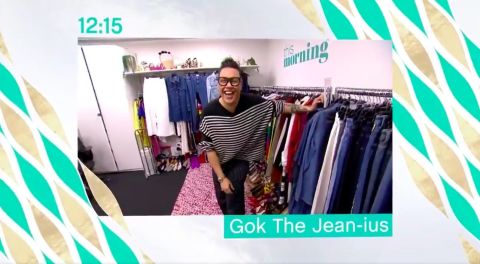 “I’m laughing because Alice is behind the camera, she’s being really naughty!” he revealed. “She’s flashing me her knickers, believe it or not!”

The camera quickly turned to Alice, who denied it, though Ruth told them: “You’re supposed to be looking at supermarket homewares, not messing about in the wardrobe!”

While Gok tried to continue and talk about how fun denim was, he admitted that it was “not as fun as Alice!” as he collapsed into laughter again. 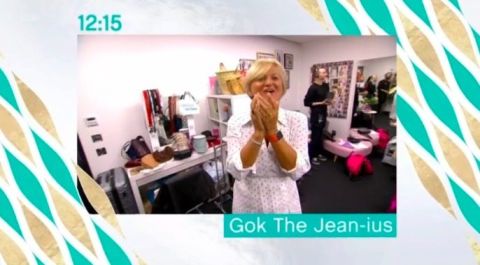 “Pull yourself together you two, you’re at work!” Ruth then hit back like a stern teacher.

Gok recently did a stint as co-host of This Morning with Rylan Clark-Neal, and it went down pretty well with viewers, some even calling for the pair to get their own show.

Well, if you’re as susceptible to giggles as Holly and Phil, you’re doing pretty well!

This Morning airs weekdays on ITV at 10.30am.