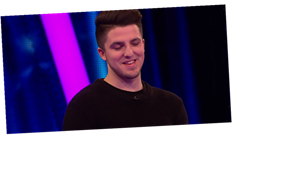 Tipping Point viewers were baffled as contestant James answered “pass” to all but one question – and still managed to scrape through to the final head-to-head.

Presenter Ben Shephard was having none of it when poor James couldn't figure out the answer to a geography question – the correct answer to which was The Himalayas.

James did finally get one question right, and clearly knew his Black Eyed Peas trivia, getting the answer will.i.am correct after a round of blunders.

He later made waves by conjuring the name “Rick Martin” on the spot when asked a question about the author behind the Bourne trilogy.

The correct answer was Robert Ludlum.

James was knocked out before the final round, with fellow player Paul going on to compete for the jackpot.

But not before scoring a whopping 12 counters and making it through to the final head-to-head round – and beat fellow contestant Nat in the process. A third viewer wrote: "Prepared for a round of more passes in the head-to-head."

Someone else penned: "I think Nat and James had given up ten minutes ago."

And a fifth joked: "Eventually a question will have an answer of 'pass'".

A few people also thought the questions in the first couple of rounds were too easy this episode, before toughening up for the final few.

Some answers were even included in the questions, including "what is Callifaphia?" – to which the answer was "calligraphy".

Ben also quizzed the contestants on which football club the Twitter handle @spurs belongs to – which was obviously Tottenham Hotspur.

Thankfully, the contestants also worked the answers out correctly.

Paul was eventually declared the winner, taking home a prize pot of £4250, after declining to gamble his winnings in an attempt to secure the jackpot counter.

He said he planned to spend the winnings on an all-American road trip with his brother, including visits to Las Vegas, Hawaii and the Grand Canyon.