The Olympic medallist and his spouse spent quality time together with their newborn. 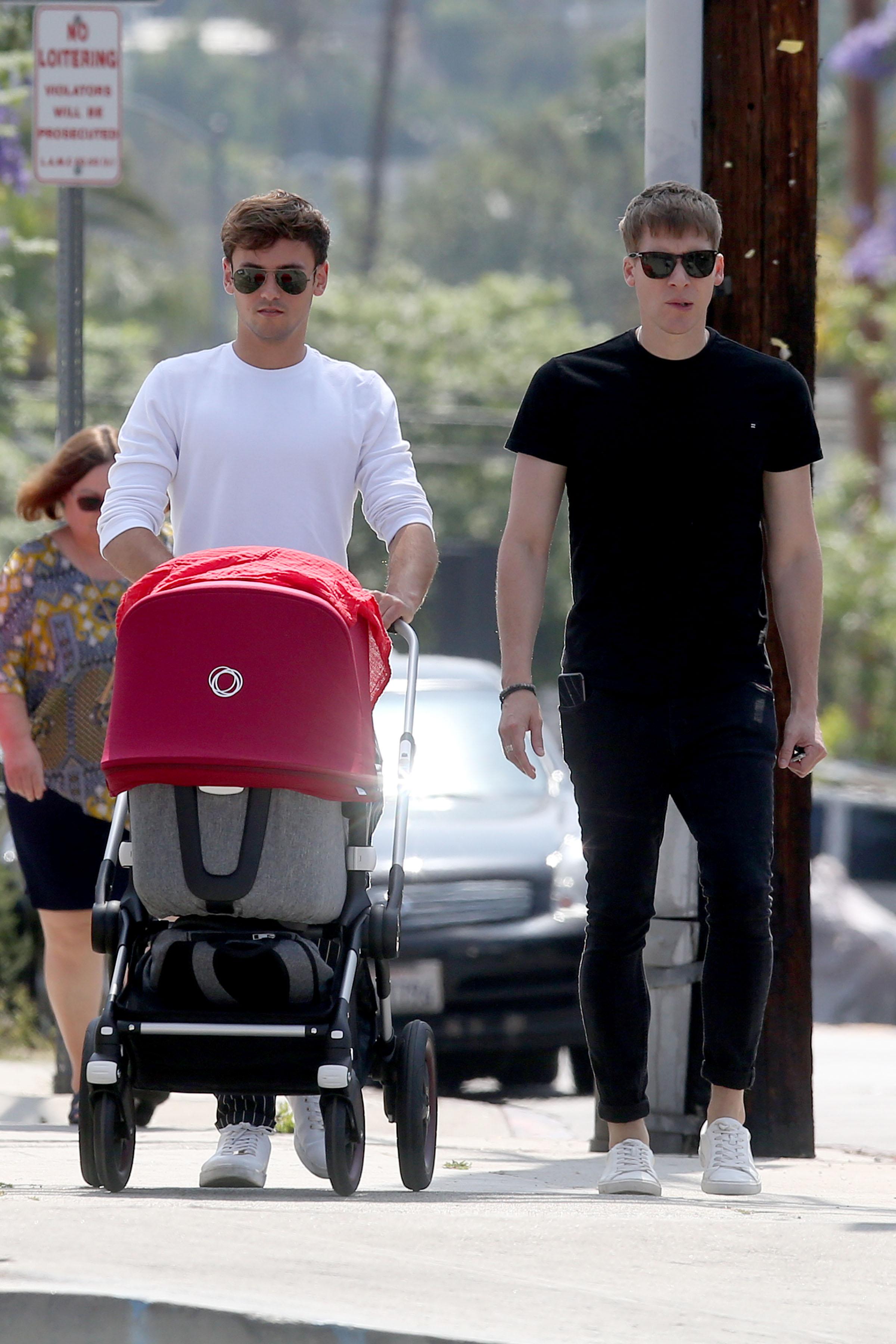 The new dads went on their first public outing with the tiny tot who was born just last week.

Carefully carrying his precious cargo, the swimmer looked like he had taken to parenting like, well, him to water.

The 24-year-old and his 44-year-old filmmaker husband took a stroll in the LA sunshine.

And perhaps unsurprisingly with a newborn around the stylish pair opted for a comfortable, laid-back look for their family jaunt. 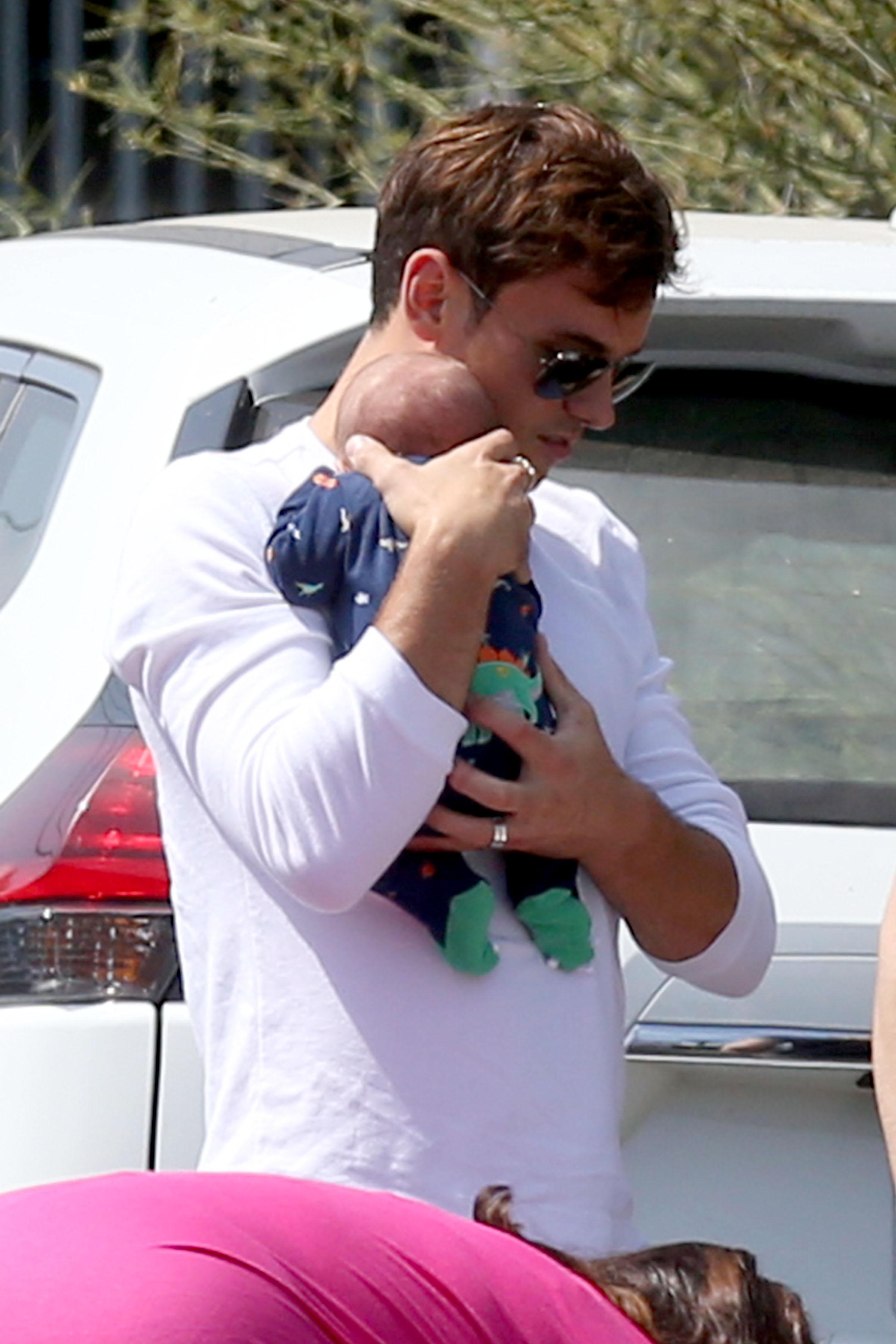 They complimented each other in their monochrome ensembles – finishing the look off with some cool shades.

The Team GB swimmer was seen tenderly holding his firstborn to his chest while Dustin steered the pushchair.

Tom announced the birth of Robert Ray Black-Daley with a sweet picture of them cradling the baby in their hands. 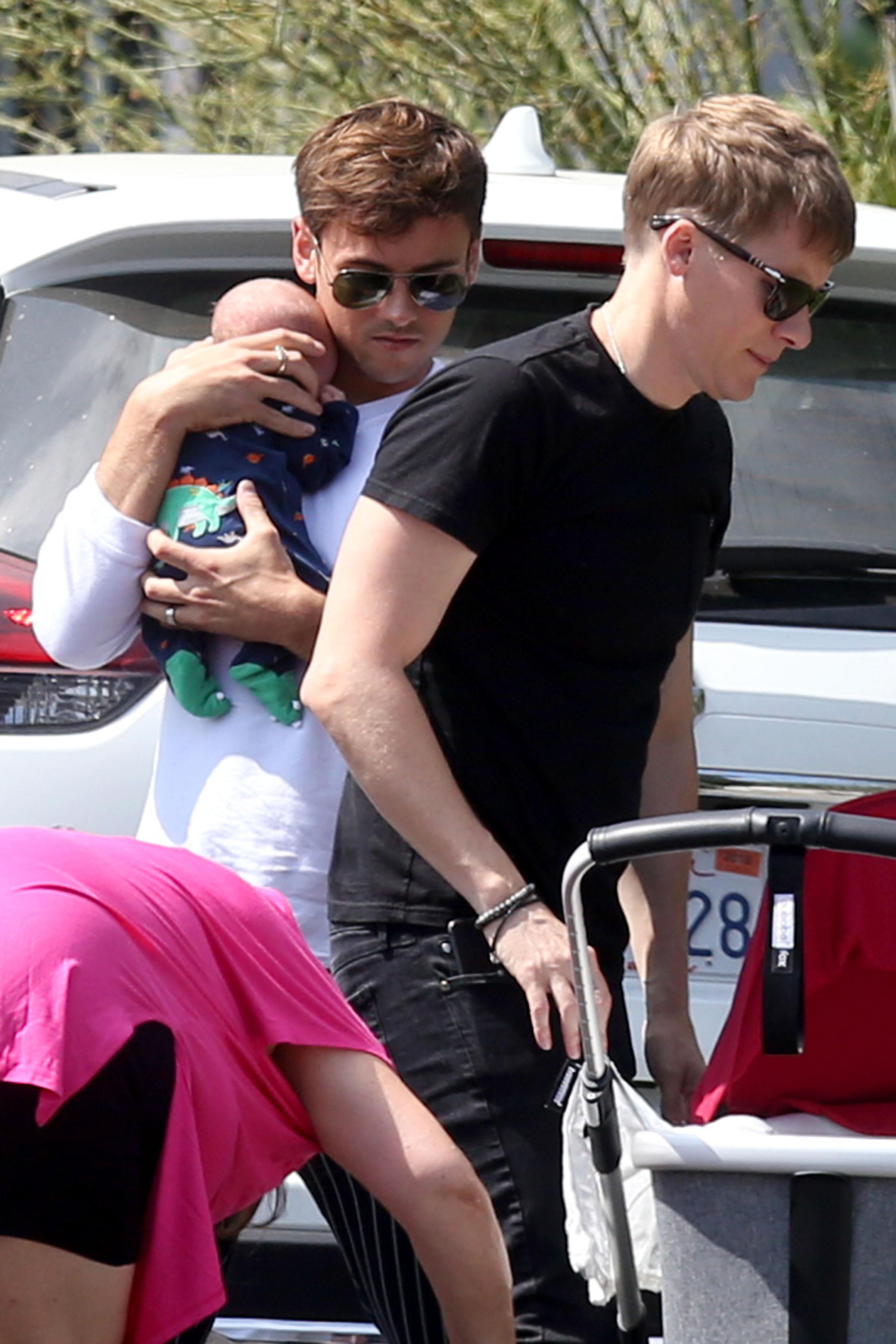 The couple, who married in May last year, have chosen to name their son after Tom's late dad Robert, who died of a brain tumour in 2011.

Next to a picture of Robert, Lance wrote: "Welcome to the world little Robbie Ray. Thank you for bringing so much love and light with you. And thank you to those who helped make our dream of having a family into this wonderful reality."

They announced they were expecting a child via a surrogate in the US in February – but have said they don't want to know who the biological father is.

Tom told the Times earlier this year that they had both provided sperm to fertilise their surrogate's eggs – and hinted that a second child could be on the cards. 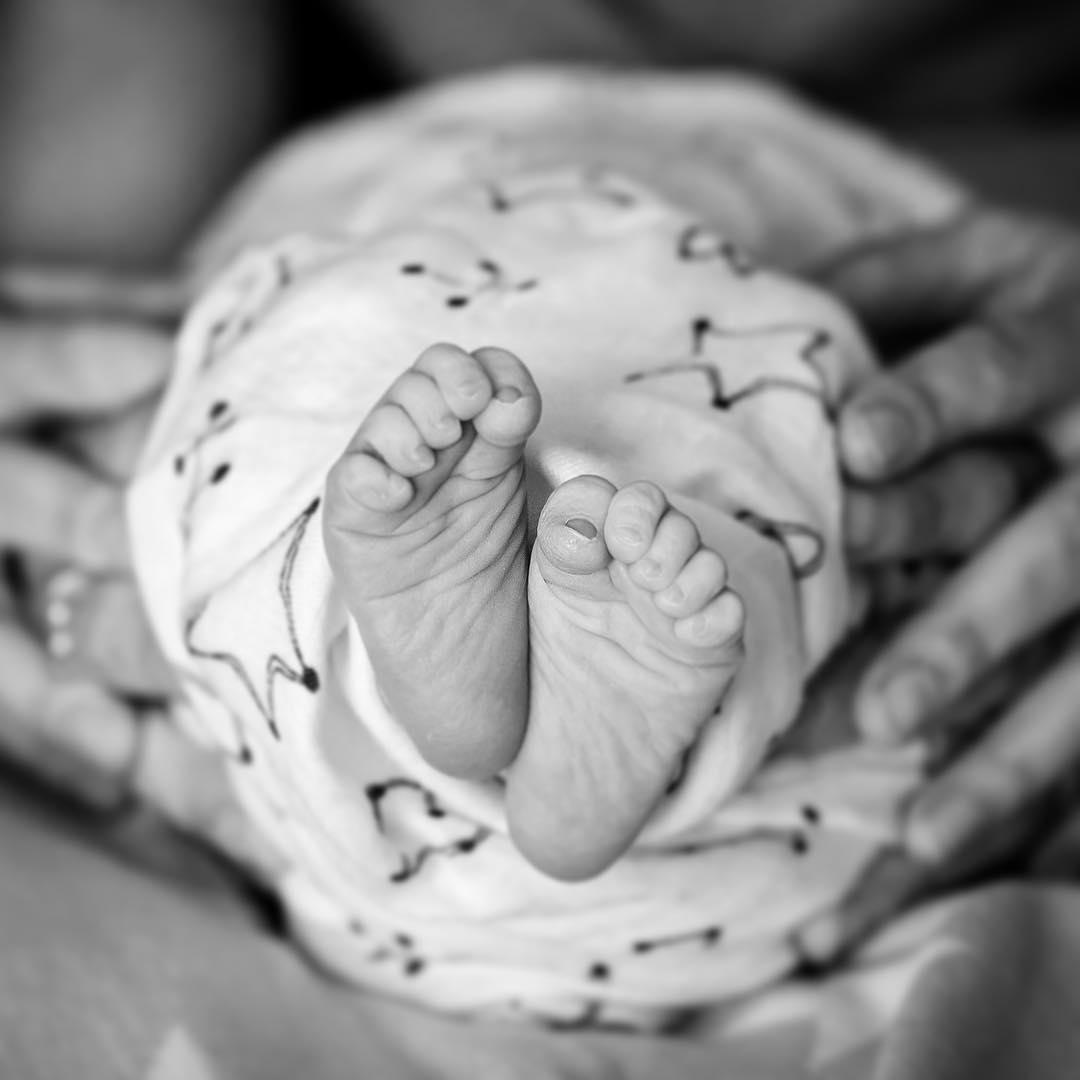 He said: "We found an egg donor and we are the sperm donors, we have fertilised half the eggs each.

"We put in a boy embryo and a girl embryo and we don't know whose is whose.

"The next time we will do it the other way around."

At the time Tom hit back at critics who sniped at the use of a surrogate.

He said: “There are lots of people in this world that can’t have kids, whether it’s due to fertility issues or health issues, whatever it may be, I don’t think there would be as much drama if it was a straight couple.” 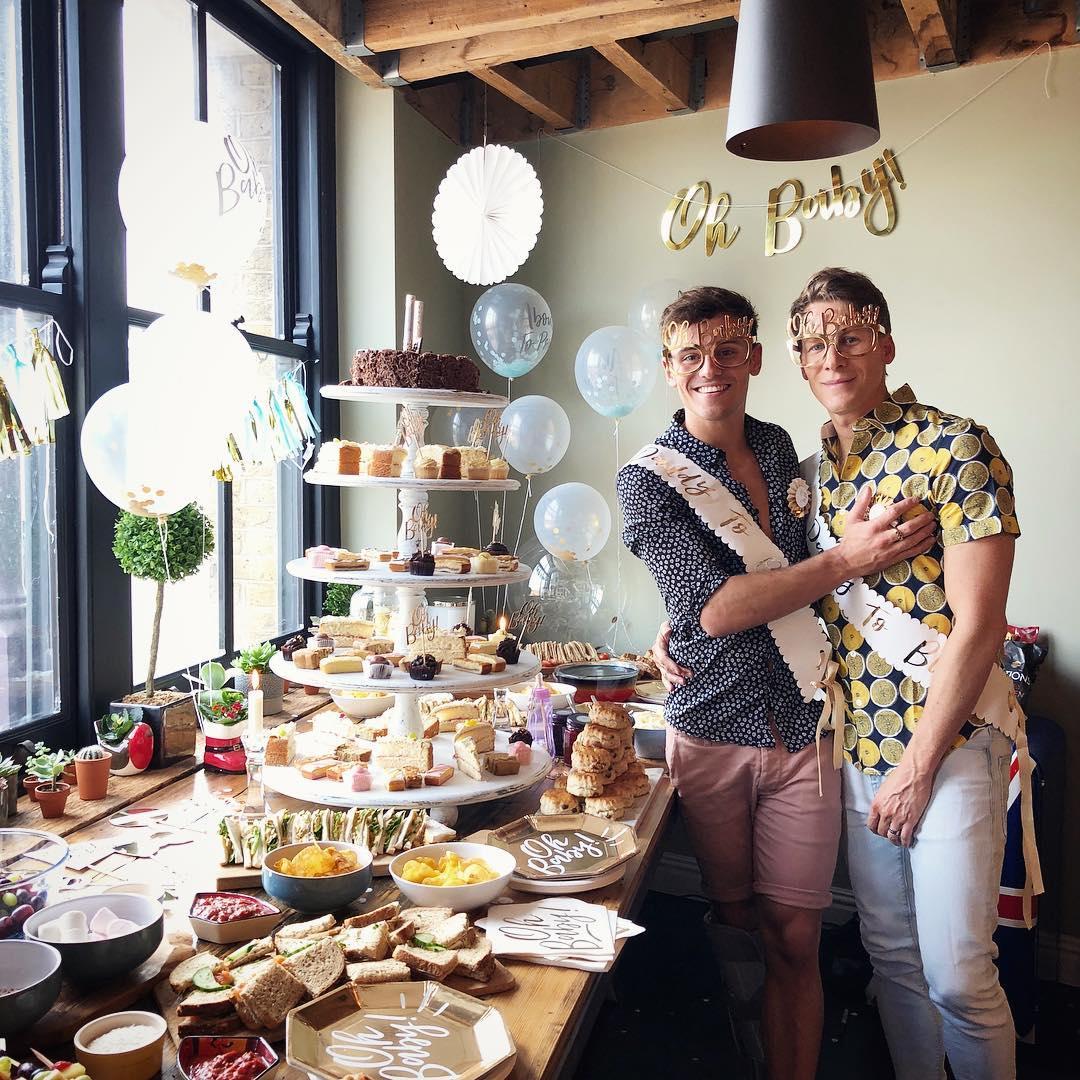 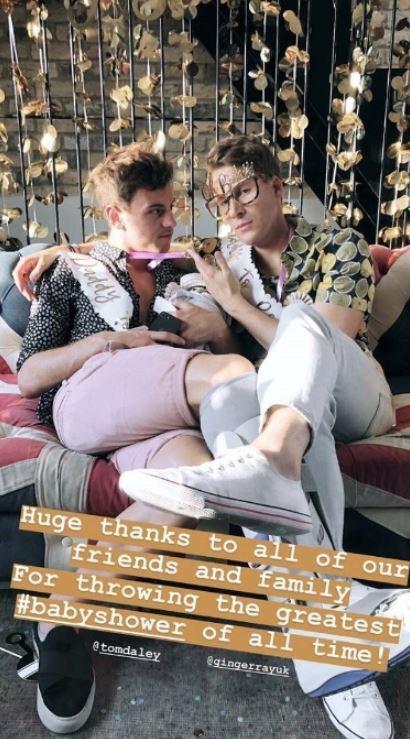 Dustin has also said they want to have “biological connection” to their child.

He said: “There was something for both of us where we felt deeply that we’d like to complete that connection first when creating our family, and to have a biological connection to our past, to bring that into our present and let that grow into the future.

"At least at first, for the first couple.”

The American film director and writer has previously revealed their newborn would be raised in London, after they made the "difficult" decision to settle in the UK. 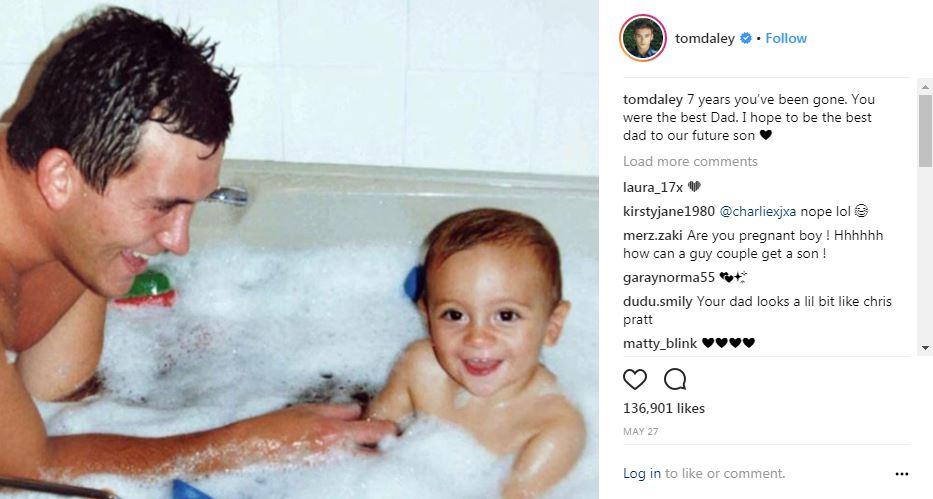 "So we are going to take this incredibly difficult route to raise our child here."

Dustin, who won the best original screenplay Oscar for the 2008 film Milk, made the comments whilst discussing the reaction they received after announcing the pregnancy.

He said: "In the US, where we've been working with our surrogate, the reception was incredibly warm, with almost no exception.

"[In the UK] We heard things that weren't so friendly. Maybe because there are misconceptions about surrogacy here."

The couple has also chosen to keep the identity of their surrogate under wraps, but say they spoke "every day".

Earlier this year Daley, who has won two Olympic bronze medals, said the prospect of fatherhood had already changed him.