This week’s episode of Vikings led to a surprising reunion between two sons of Ragnar. Read on to learn what happened and how fans are reacting to the new developments. There are spoilers ahead for season 6 of Vikings. 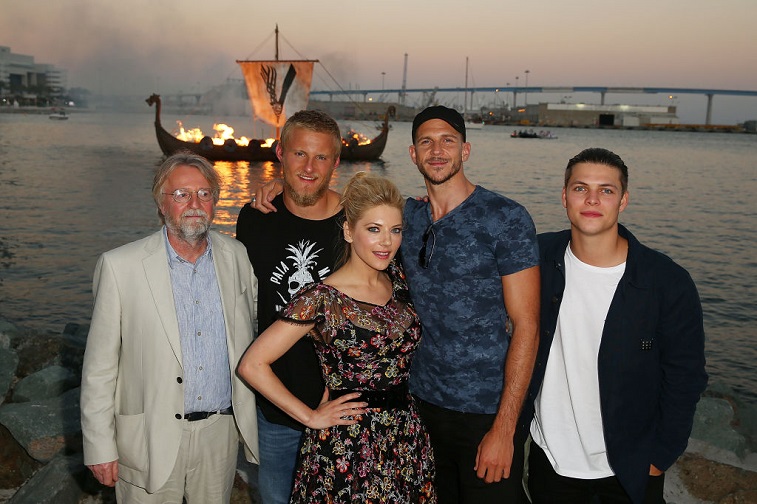 Episode 9 of Vikings held a reunion between Ivar the Boneless (Alex Høgh Andersen) and Hvitserk (Marco Ilsø). Ivar met up with Hvitserk while leading a raiding and scouting party of Rus warriors.

Fans will remember that Bjorn Ironside (Alexander Ludwig) let Hvitserk live after it’s discovered that he killed Lagertha (Kathern Winnick). When Hvitserk is banished, he meets up with Ivar and their dynamic has definitely changed.

Fans react to the reunion between the sons of Ragnar

Fans have a lot of feelings about Ivar and Hvitserk comingtogether again. Is Hvitserk suddenly healthy again without malice towards hisbrother? “So Hvitserk is suddenly not schizophrenic and does not wanna killIvar?” a Reddituser asked.

Some fans think that Hvitserk is playing a game with Ivar and that he has ulterior motives. “I think Hvitserk is playing the long game tbf, maybe waiting for some opportune moment to kill Ivar whilst also helping Bjorn?” another Reddit user revealed.

Many viewers are enjoying this new dynamic between the twosons of Ragnar. They are reunited once again. “Even though this whole seasonhas been Hvitserk hallucinating about killing Ivar. I really am enjoying thescenes whenever they are getting along,” another user wrote.

It’s ‘unrealistic’ for Hvitserk to be fine with Ivar

One Reddit user thinks it’s unrealistic how Hvitserk hasalready forgiven Ivar for killing Thora. He’s been devastated all season andnow he’s reunited with Ivar and things are so different.

“Kinda unrealistic how easily Hvitserk forgives Ivar for killing Thora, like his behavior this season was directly because of his fear and hate of Ivar,” a Reddit user expressed. “Then he’s like, sup Ivar. I understand he has nowhere else to go and he’s accepted his murder of Lagertha as his fate, but c’mon.”

Hvitserk travels with Ivar to Kiev

Hvitserk and Ivar have had their fair share of problems. It couldbe that Hvitserk no longer feels the need to kill Ivar since he’s killedLagertha. He may feel he’s fulfilled his ultimate destiny now.

“Well Hvitserk’s whole arc was him thinking he needs to kill Ivar but all along his fate was to kill Lagertha,” another user said. “He’s fulfilled his true fate so he doesn’t care about killing Ivar yet.”

Hvitserk also meets Prince Oleg (Danila Kozlovsky) andPrincess Katya (Alicia Agneson). Strangely enough, Hvitserk doesn’t reallyreact to the fact that Katya is Freydis’ doppelganger. In fact, Ivar questionshim about it and Hvitserk doesn’t see the resemblance between the two at all.

This could mean that Ivar is just seeing things because ofhis guilt for killing Freydis. “The fact that Hvitserk isn’t reacting to Katyaleads me to believe that she actually doesn’t look like Freydis, and that Ivar,guilt-ridden, is just imagining she looks like her,” a Reddituser said.

Fans are eager to see where this new situation will take thesons of Ragnar before the end of the first half of the final season of Vikings.