The hit Netflix series Virgin River is awaiting the release of its third season; however, fans are speculating whether new character Brie will get together with her brother Jack’s friend Mike. Though, Mike could possibly be the real father of Charmaine’s twins, which will no doubt complicate his budding relationship with Brie.

Filming is firmly underway for the anticipated third season of Virgin River, and Zibby Allen has joined the cast as fun-loving lawyer Brie, the sister of bar owner Jack Sheridan (played by Martin Henderson).

The popular romance drama, which follows the residents of the small titular town, is based on a series of novels by Robyn Carr.

Fans believe upcoming character Brie could get together with Mike Valenzuela (Marco Grazzini), an LAPD officer and Jack’s army buddy, in the series as they are already a couple in the books.

Most viewers have long been suspicious of Charmaine’s (Lauren Hammersley) twins’ true parentage, and believe that Mike is the real father, despite the oblivious Jack preparing for his children’s arrival. 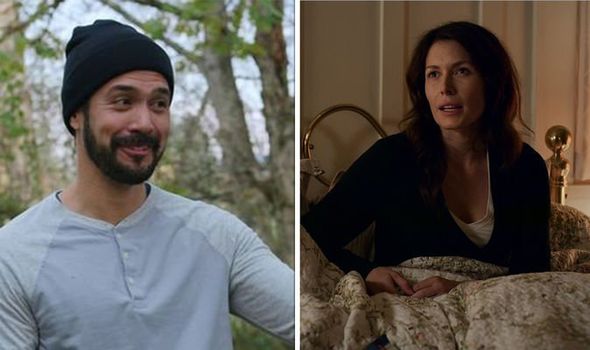 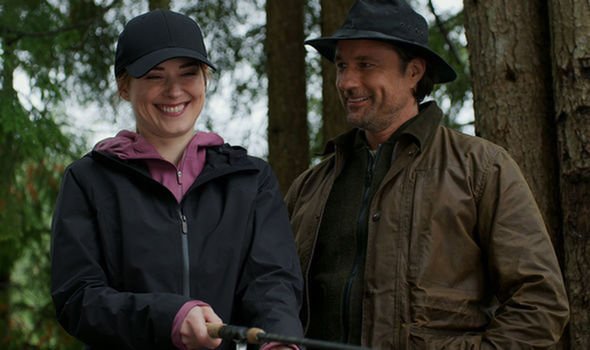 Could the revelation that Mike is the real father of the twins ruin his potential romance with Brie?

The series, which follows Alexandra Breckenridge’s heroine Mel Monroe as she assimilates herself into small town life, is no stranger to drama.

The shocking season two finale saw Jack shot by an anonymous shooter in his bar, with his lover Mel desperately trying to save his life.

The two previously had a difficult relationship after Mel discovered Jack’s ex-girlfriend Charmaine was pregnant.

If the show sticks to its source material, Brie and Mike could become a couple soon, which will create problems with Charmaine if she decides to reveal Mike as the true father. 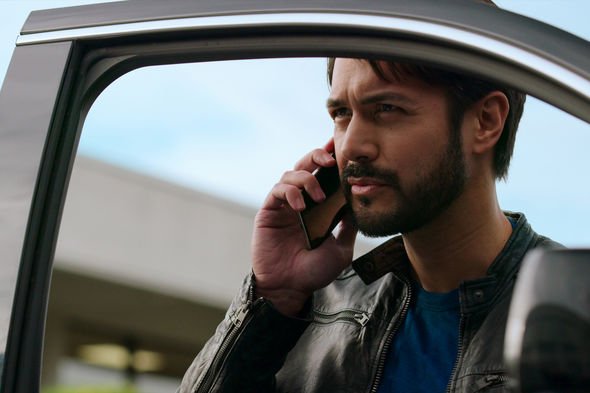 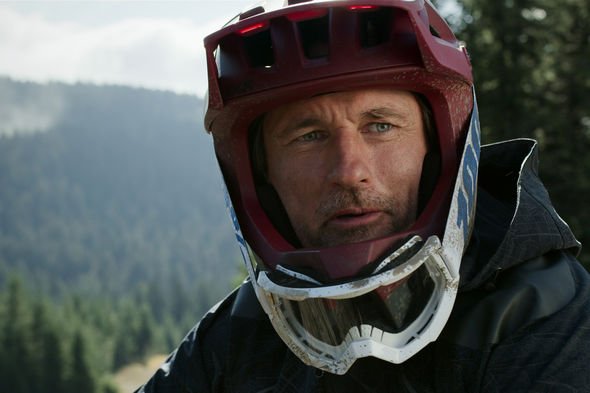 With fans eager to find out the identity of Jack’s shooter, there will surely be more questions fans are desperate to have answered after Brie arrives in town.

Fans of Carr’s novels will have already read Brie’s outcome and what is to come in her relationship with Mike.

Dedicated viewers are hoping Brie and Mike are on the same path in the TV adaptation as they are in the books.

One user said: “Personally I would like to see Brie with Mike, but knowing the show writers, it’ll be Brie and Preacher or something as random…”

Another commented on how Jack’s shooting will affect the narrative of their potential relationship going forward.

“Brie and Mike for sure. Love their storyline in the book,” they theorised.

“Given the writers penchant for slow walking couples, I would like to think they would begin bonding and building their relationship while investigating the Jack whodunnit.”

“The show writers said that the series is going to end like the books,” another fan wrote.

Whether or not the writers decide to stick to the source material, there’s no doubt Brie’s arrival will change the dynamic of any current relationships formed.

However, is newcomer Brie in for a world of pain after she discovers new love Mike is having children with someone else?

Especially someone who has a complicated history with her brother.

Seasons one and two of Virgin River are available to stream on Netflix now.